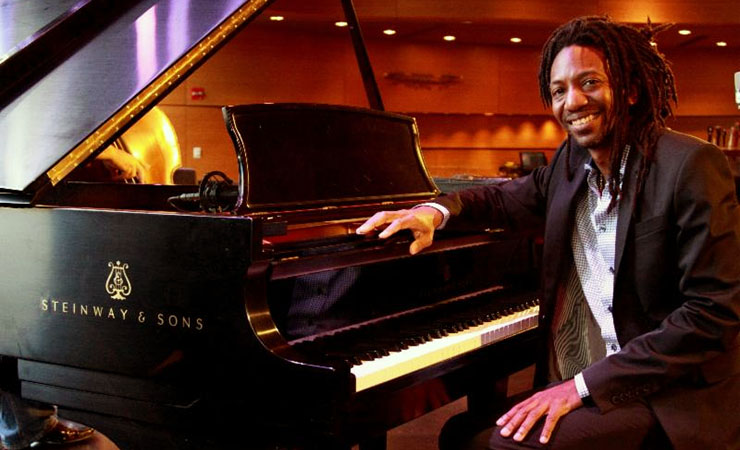 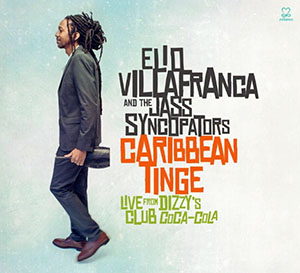 Pianist Elio Villafranca is much-in-demand these days with a new CD release: Caribbean Tinge (Motema Music), some special dates at Jazz at Lincoln Center and a performance at the annual Jazz Journalists Awards ceremony.  With his all-star band, the Jass Syncopators, Villafranca is a breath of fresh air…or as Wynton Marsalis says “Pianist and composer Elio Villafranca is an inspired and visionary musician. With his band, The Jass Syncopators, Elio expands what Jelly Roll Morton called The Spanish Tinge to what Elio calls The Caribbean Tinge.”

Percussion, brass and ivory keys set the stage for folkloric dance, Caribbean rhythms and 21st century jazz. Together, the music and dance integrate a new body of movement and syncopation within the performance of the eight original Villafranca compositions.

The Caribbean Tinge CD celebration release is at Dizzy’s Club Coca-Cola on June 13-15.  Please join us.

“The band swings hard and brings a traditional yet innovative style to the roots of jazz and Afro Caribbean music. I am profoundly moved by Elio’s vision and musicianship. He is a treasured member of the family here at Jazz at Lincoln Center.”  – Wynton Marsalis

There are good reasons why Wynton Marsalis and Chick Corea have taken a personal interest in Elio Villafranca.  Hailing from Havana, Cuba, Elio is rooted in the tradition and rhythms of the Caribbean, yet fully embraces the elements of modern jazz.  Caribbean Tinge is his 7th album as a leader, and was recorded during two live performances at Dizzy’s Club Coca-Cola at Jazz at Lincoln Center in New York City.

About The Jass Syncopators

Since the beginning of jazz and Latin music, syncopation has been an important element in the rhythmic foundation and development of these musical genres. For Grammy nominee pianist and composer Elio Villafranca, the concept of syncopation is intrinsic to his music. Elio was deeply inspired by Duke Ellington’s approach to music of the 1940’s and is also proudly aware of his Cuban-Latin heritage. The Jass Syncopators is a performance ensemble that challenges the boundaries of jazz by fusing it with the syncopated nature of Afro-Caribbean music, rhythms and dance, thus creating authentic cultural experiences. With this exotic combination, Elio Villafranca and The Jass Syncopators strive to create a multi-layered musical dialogue where intellectual understanding of the music is secondary to its full experience.