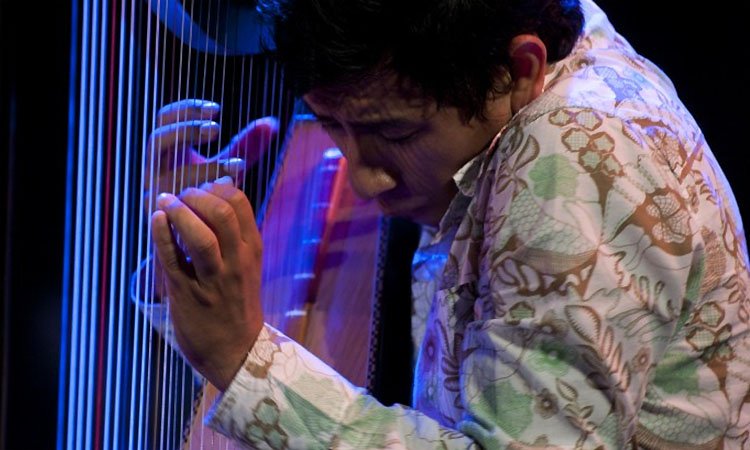 New York, NY – Jazz at Lincoln Center’s The Appel Room – On December 19 & 20, ten of the most original and distinctive artists in jazz will collaborate for the first time to debut new works in Jazz at Lincoln Center’s The Appel Room (Frederick P. Rose Hall, Broadway at 60th Street, New York, New York). In these two concerts, part of the A Side/B Side series, New Jazz Standards and New Jazz Frontiers, artists-composers debut new works written specifically for these freshly assembled groups.

Guitarist Anthony Wilson, saxophonist Jonathan Ragonese, pianist Amina Figarova, bassist Ben Wolfe, and drummer Clarence Penn perform together for the first time for New Jazz Standards. Each artist brings his or her distinctive compositional sensibility to the forefront in these performances. Anthony Wilson is a GRAMMY® Award-nominated guitarist, composer, and arranger, whose work has been commissioned by the LA Philharmonic, among others. Jonathan Ragonese has worked with Terell Stafford, Jimmy Heath and James Moody. Amina Figarova composed the moving September Suite, as a tribute to victims of the 9/11 terror attacks. Ben Wolfe is a composer, band leader, and educator who also spent time as a member of the Jazz at Lincoln Center Orchestra. His seventh and most recent release, 2013’s “From Here I See,” was warmly received, most notably by The New York Times. Clarence Penn, in addition to being one of the most active drummers on the scene, is also a composer, arranger, and educator, composing for film and commercials, as well as his own albums as a leader. This all-star ensemble represents five dynamic voices in jazz songwriting. New Jazz Standard performances will take place in The Appel Room on December 19 at 7pm and December 20 at 9:30pm.

For New Jazz Frontiers, Jazz at Lincoln Center brings together a new ensemble of five innovative virtuosos who will draw from jazz, classical, and global frameworks to collaborate and debut new works. Orlando “Maraca” Valle, the youngest Cuban artist ever nominated for a GRAMMY® Award, began his career as a flautist with Chucho Valdés and Paquito D’Rivera. Groundbreaking harpist Edmar Castañeda, from Colombia, named “one of the most original musicians from the Big Apple” by Paquito D’Rivera, has an incomparable musical voice. Pianist Ed Simon, a Guggenheim Fellow, is known for exploring the marriage between jazz and Venezuelan music. GRAMMY® Award-winning bassist Luques Curtis brings a jazz and Latin sensibility to his writing and playing, and can be seen in the bands of Eddie Palmieri, Gary Burton and leading his own group, the Curtis Brothers. Drummer and percussionist Daniel Freedman, named “one of five drummers changing jazz drumming” by The New York Times, studied with masters like Max Roach before furthering his musical education in West Africa, Cuba, and the Middle East. By utilizing their far-reaching global influences, this new collaboration – and these new compositions – will reveal entirely new frontiers in jazz. New Jazz Frontiers premieres in The Appel Room on December 19 at 9:30pm and December 20 at 7pm.

Jazz at Lincoln Center’s 2014–15 Concert and Education Season features a season-long journey “through the Americas.” Through a diverse array of concerts and programs, Jazz at Lincoln Center’s 27th season will explore how jazz has both integrated and influenced the rich musical traditions of the Caribbean and North, South, and Central America. Click here for the complete season schedule.

Tickets for New Jazz Standards and New Jazz Frontiers in The Appel Room start at $45. Tickets can be purchased through jazz.org 24 hours a day or CenterCharge at 212-721-6500, open daily from 10am to 9pm. Tickets can also be purchased at the Jazz at Lincoln Center Box Office, located on Broadway at 60th Street, ground floor. Box Office hours: Monday-Saturday from 10am to 6pm (or 30 minutes past curtain) and Sunday from noon to 6pm (or 30 minutes past curtain).