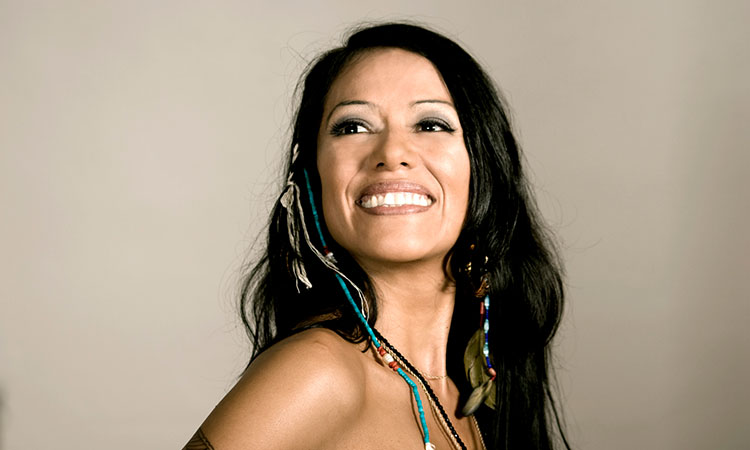 Born in the city of Oaxaca, Mexico to Mixtec singer Anita Sánchez and Allen Downs, a Scottish-American art professor and filmmaker, Downs grew up both in Minnesota and Oaxaca. Her music and vocal artistry have many influences, including the folk and ranchera music of Mexico and South America, as well as American folk, jazz, blues, and hip-hop. Many of her lyrics focus on issues relating to social justice, and often tell the stories of the workers who migrate from rural Mexico to work in the U.S.

Downs, no stranger to international jazz audiences, has performed at Carnegie Hall, Montreal Jazz Festival, SFJAZZ and multiple sold-out concerts in Mexico City’s 12,000-seat Auditorio Nacional. She also collaborated with the Jazz at Lincoln Center Orchestra with Wynton Marsalis during their first tour to her native Mexico in 2004. In 2013, Downs received a GRAMMY® Award for Best Regional Mexican Album for Pecados y Milagros.

For her Jazz at Lincoln Center debut, she performs with her longtime band La Misteriosa, under the direction of saxophonist, producer and songwriter Paul Cohen, who is also her husband. Downs also celebrates the release of her newest CD release titled Raíz, a collaboration with Argentinian singer Soledad Pastorutti and Spanish singer Niña Pastori. These concerts will stream live in high-definition audio and video for free to a global audience via jalc.org/live.

Jazz at Lincoln Center’s 2014–15 Concert and Education Season features a season-long journey “through the Americas.”  Through a diverse array of concerts and programs, Jazz at Lincoln Center’s 27th season will explore how jazz has both integrated and influenced the rich musical traditions of the Caribbean and North, South, and Central America. This season, Jazz at Lincoln Center also celebrates the 10th anniversary of Frederick P. Rose Hall, “The House of Swing”, which opened its doors on October 18, 2004. Click here for the complete season schedule.

Tickets for Lila Downs in The Appel Room start at $45. Tickets can be purchased through jalc.org 24 hours a day or CenterCharge at 212-721-6500, open daily from 10am to 9pm. Tickets can also be purchased at the Jazz at Lincoln Center Box Office, located on Broadway at 60th Street, ground floor. Box Office hours: Monday-Saturday from 10am to 6pm (or 30 minutes past curtain) and Sunday from noon to 6pm (or 30 minutes past curtain).