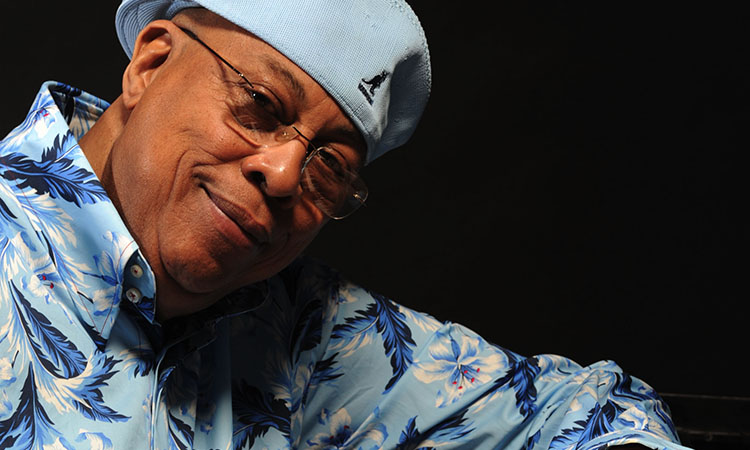 Since the late 1990s, Jazz at Lincoln Center has celebrated Cuban music with collaborations with some of the island nation’s finest musicians like Celia Cruz, Israel “Cachao” López, Candido Camero, and Bebo Valdés, including a landmark Jazz at Lincoln Center Orchestra residency in Cuba in 2010. Continuing this tradition, the 2014-15 season will open with the world premiere commission created collaboratively by Valdés, Martinez, and Marsalis. Together, they will blend jazz with the traditional folkloric music of Cuba and the Santeria religion to create a work which illustrates the ability of music to elevate us from social and political unrest to the greatest heights of humanity.

Valdés, a multi-GRAMMY® Award winner, is a major cultural force as a highly successful solo artist and as an elder statesman of the Afro-Cuban Messengers. Martinez has taken the Latin jazz world by storm, placing first in the Thelonious Monk International Jazz Competition in 2000, performing on more than 100 recordings to date, and leading his own vivacious, self-titled group. Drawing from the multi-ethnic underpinnings of Afro-Cuban music, this performance will explore the ties that bind us and commemorate the rich history of Cuban culture. A free pre-concert discussion will take place nightly at 7pm at Jazz at Lincoln Center’s Irene Diamond Education Center. Each concert will also be available at 8pm via live webcast on jazz.org/live.

On September 18, as part of the Opening Night Party from 6:30pm to 8pm in The Appel Room, musician, composer, educator, conductor, and author David Baker will receive The Satchmo™ Award created by the Louis Armstrong Education Foundation. The Satchmo™ Award represents a tribute to the life and legacy of Louis Armstrong, a vastly talented musician whose focus and disciplined development as composer and performer resulted in timelessly exceptional works with masters of varied styles. The recipients of The Satchmo™ Award are selected for their important and lasting contributions in the world of music and jazz education.

“David Baker has spent the last six decades as a leader in the international jazz community excelling as a musician, composer and educator,” said Stanley Crouch, Louis Armstrong Educational Foundation President, who will present The Satchmo™ Award to Baker. “He has performed on both trombone and cello with jazz legends like Lionel Hampton, George Russell, and Bill Evans. A Pulitzer Prize nominee, he also has more than 2,000 compositions, 500 commissions, 65 recordings, and 70 books on jazz and African-American music to his credit. He embodies the spirit of jazz; and if that majestic and swinging spirit is jazz, it is always about Louis Armstrong.”

Jazz at Lincoln Center’s 2014–15 Concert and Education Season features a season-long journey “through the Americas.” Through a diverse array of concerts and programs, Jazz at Lincoln Center’s 27th season will explore how jazz has both integrated and influenced the rich musical traditions of the Caribbean and North, South, and Central America. This season, Jazz at Lincoln Center also celebrates the 10th anniversary of Frederick P. Rose Hall, “The House of Swing”, which opened its doors on October 18, 2004. Click here for the complete season schedule.

Single tickets for Chucho Valdés, Pedrito Martinez, & Wynton Marsalis, and all 2014–15 season concerts, will be available on August 11. Ticket prices for Rose Theater start at $10. Opening Night Party tickets start at $50. Tickets can be purchased through jazz.org 24 hours a day or at the Jazz at Lincoln Center Box Office, located on Broadway at 60th Street, ground floor. Box Office hours are Monday–Saturday from 10am to 6pm (or 30 minutes past curtain) and Sunday from noon to 6pm (or 30 minutes past curtain). Concert tickets only are also available from CenterCharge at 212-721-6500, open daily from 10am to 9pm.

HSBC Premier is a Lead Corporate Supporter of this performance.