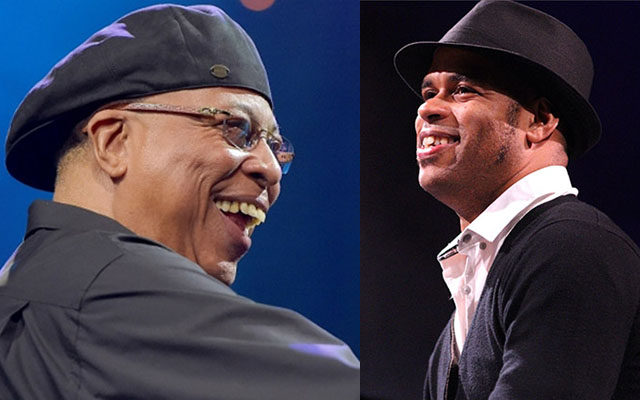 “…the Cuban Mecca for all jazz music lovers.” – Roberto Fonseca

For over three decades, Jazz Plaza Havana has served as the ultimate tribute to the boundless legacy of Afro-Cuban music. Their stages have seen unforgettable performances by jazz icons from Dizzy Gillespie to Tete Montoliu and Max Roach, alongside the young stars of tomorrow. In its 32nd edition, Jazz Plaza Havana continues to foster musical collaboration, cultural exchange, and community outreach under the artistic direction of one of Cuba’s own pianist and composer Chucho Valdés. “The festival represented something very important in my career because I got the chance to present my project Irakere in all its splendor. For me as a pianist was very important as well for sharing the stage with the best jazz artists in the world,” says Valdés.

Innovative Cuban pianist Roberto Fonseca was just 15 years old at his Jazz Plaza Havana debut, and 25 years later he returns as artistic director of an exciting new endeavor, Jazz Plaza Santiago. Santiago de Cuba is to Cuban music what New Orleans is to American jazz–the creative heart of the genre and home to many of its greatest masters.

From December 15-18, 2016 the two jazz festivals will present concerts, workshops, multidisciplinary exhibits, and more with events spanning the breadth of this beautiful island. All-star headliners at this year’s festivals include Chucho Valdés and Roberto Fonseca as well as Havana debuts from the Christian McBride Trio, Terence Blanchard featuring the E-Collective, Snarky Puppy, and Fatoumata Diawara, plus performances by countless other local and international musicians.

Jazz Plaza is under the direction of Cuba’s Ministry of Culture, Instituto de la Musica Cubana and produced by the National Centre for Popular Music represented by director Víctor Rodríguez García, whose policy is to “espouse freedom of artistic creation while preserving and defending the cultural wealth and heritage of the nation.” This year’s international headliners have been booked in collaboration with Montuno Productions’ Daniel Florestano and International Music Network‘s Scott Southard. Partnering with García and the National Centre for Popular Music, Florestano and Southard have pooled their extensive international resources to bring together this remarkable lineup of guest artists. Jazz Plaza, will be for first time sponsored by Blue Note Entertainment Group.

Winner of five GRAMMY® Awards and three Latin GRAMMY® Awards, the Cuban pianist, composer, arranger, and bandleader Chucho Valdés has been a key figure in the evolution of Afro-Cuban jazz for the past 50 years. The New York Times calls Valdés, “A pianist of imperial command, possessed of a dazzling, deceptively casual virtuosity.”

A brilliant and innovative pianist, Roberto Fonseca has toured the world with the legendary Buena Vista Social Club, with Omara Portuondo, and as a bandleader, blending jazz, soul, and traditional Afro-Cuban roots. “One of the most exciting musicians in the new Cuban scene,” the BBC exclaims. Fonseca will release his eighth album, ABUC, digitally on October 28 and physically on November 11 on the impulse! label.  This new album will feature guests artists such as Trombone Shorty, Eliades Ochoa, Rafael Lay and Manuel ‘Guajiro’ Mirabal.

Five-time GRAMMY®-winning jazz bassist, Mack Avenue recording artist and host of NPR‘s Jazz Night in America, Christian McBride can be likened to a force of nature, fusing the fire and fury of a virtuoso with the depth and grounding of a seasoned journeyman. Powered by a relentless energy and a boundless love of swing, McBride’s path has described a continuous positive arc since his arrival on the scene. With a career now blazing into its third decade, the Philadelphia native has become one of the most requested, most recorded, and most respected figures in the music world today.

GRAMMY®-winning trumpeter and composer Terence Blanchard breaks the mold with The E-Collective, journeying to an exciting realm of grooved fusion teeming with funk, R&B, and blues colors. This revolutionary ensemble thrives off the perfect mixture of Blanchard’s genius and the innovations of the surrounding musical pioneers. After emerging on the scene with Art Blakey and the Jazz Messengers, Blanchard’s career as a leader and co-leader has led to over 30 recorded albums traversing various genres and styles.

Formed in 2004 at the acclaimed music school of the University of North Texas, GRAMMY®-winning Snarky Puppy records on their own label, GroundUp, and exists as both a production team/session band, touring and recording with the likes of Justin Timberlake, Snoop Dogg, and an original ensemble. Voted “Best Jazz Group” in DownBeat‘s 2015 Reader’s Poll, as well as “Best New Artist” and “Best Electric/Jazz Rock/Contemporary Group/Artist” in JazzTimes‘ 2014 Reader’s Poll, they have earned accolades everywhere from the BBC to The Los Angeles Times, and All Music recently called the group “one of modern music’s bright lights.”

Born on the Ivory Coast, singer Fatoumata Diawara feels a strong connection to the music and dance traditions of her ancestral home in Mali. NPR says, “Gifted with enormous stage presence and great looks, Diawara put on a tightly choreographed set that screamed with energy and edged towards rock and funk.”