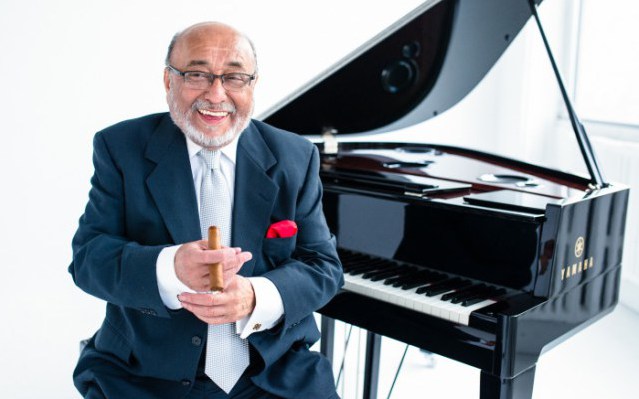 One of the finest pianists of the past 50 years, Palmieri is a bandleader, arranger, and composer known for skillfully fusing complex jazz harmonies with the rhythms of his Puerto Rican heritage and of various Afro-Latin and Afro-Caribbean fusions. Eighty years young, Palmieri remains an engaging innovator whose ideas explode from the stage with an irresistibly kinetic energy. The milestone performances will be his first North America appearance in 2017.

A free pre-concert discussion is available to ticket holders nightly at 7pm.

Tickets can be purchased on jazz.org 24 hours a day or by calling CenterCharge on 212-721-6500, open daily from 10am – 9pm. Tickets can also be purchased at the Jazz at Lincoln Center Box Office, located on Broadway at 60th Street, ground floor. Box office hours are Monday- Saturday from 10am to 6pm (or 30 minutes past curtain) and Sunday from noon to 6pm (or 30 minutes past curtain).