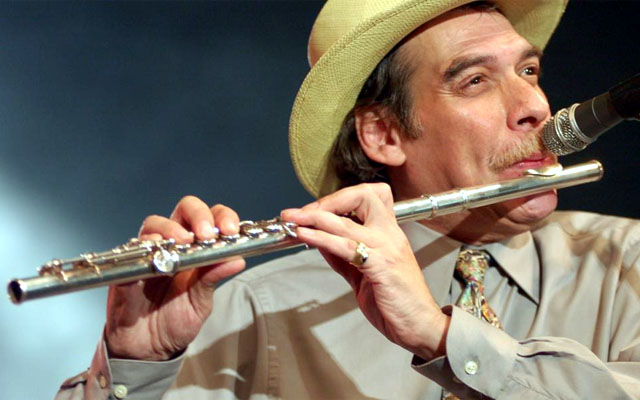 (Bronx, NY) A Musical Celebration of Life for the renowned Latin jazz flautist Dave Valentin will take place Monday, June 12, beginning at 6 PM at St. Peter’s Church, 619 Lexington Avenue at 54th Street in Manhattan.  The Grammy Award winning-artist passed on March 8 after a long illness at 64 years of age.

Heralded as “the Pied Piper of the Bronx,” Dave Valentin was born of Puerto Rican parents in 1952 and lived his entire life in the borough. His love for music started quite early; playing bongos and congas before he was 10 and even working Latin clubs in New York by 12. His talent and interest took him to the High School of Music and Art in New York City, where he began studying percussion. Valentin changed to flute and complemented his formal education at school with private classes under master flutist Hubert Laws. While teaching music in the South Bronx public schools, Valentin appeared on his first recording in 1977 with Ricardo Marrero and the Group.  Two years later, he was the first artist to be signed to the popular GRP recording label, where he made some fifteen recordings as a leader.  In 2002, he won a Grammy Award with vibraphonist Dave Samuels and saxophonist / clarinetist Paquito D’Rivera for the Caribbean Jazz Project’s recording The Gathering.  In addition to leading his own groups, Valentin served as musical director for Tito Puente and his Golden Men of Latin Jazz.

There is no admission charge to the service, and seating is general admission.  Donations can be made in Dave Valentin’s memory to Casita Maria Center for Arts and Education in the Bronx or the Jazz Foundation of America.