Dafnis Prieto To Make Historic Return To Cuba in 2019 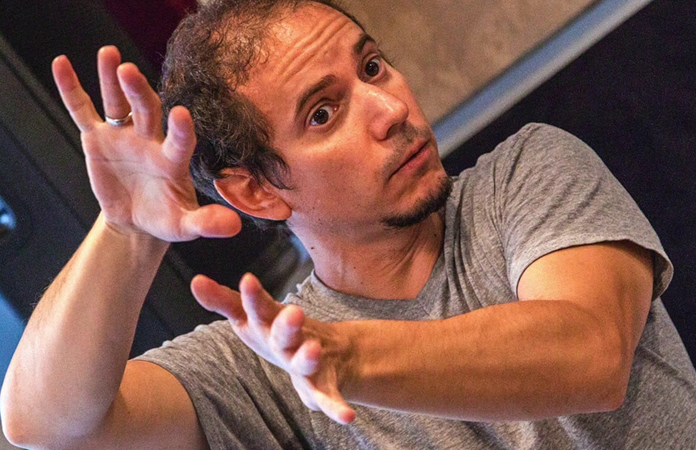 2018/19 is shaping up to be an extraordinary year for Cuban-born drummer, composer, bandleader, and 2011 MacArthur “Genius” Fellow Dafnis Prieto.

The DPBB made its world premiere over three exhilarating nights, August 25-27, 2017, at New York’s Jazz Standard. Immediately following the premiere, the DPBB recorded over two days at Systems Two Recording Studios in Brooklyn.

One of the leading musical voices of his generation, Prieto composed and arranged nine works for the album — called “one of the best recordings of the year” by DownBeat — showcasing his talents as a trailblazing composer while honoring his musical heroes and mentors. Back to the Sunset is Prieto’s seventh recording as a leader, and is a deeply personal, handcrafted statement, as well as an acknowledgment of the musical figures that shaped his development.

The GRAMMY Awards will be announced on Sunday, February 10 in Los Angeles.

In January 2019 Prieto will make an historic and emotional return to his native Cuba to perform his own music on the island for the first time since settling in the United States 20 years ago in 1999. Prieto will make two headlining performances at the Cuba International Jazz Plaza Festival of Havana, one with his Sextet on Thursday, January 17 at Fábrica de Arte Cubano and one with his Big Band on Tuesday, January 15, featuring his Sextet complemented by 11 Cuban musicians from the island, playing all of his music from Back to the Sunset, at Teatro Mella.

Born in Santa Clara, Cuba and completing his education at the National School of Art (La ENA) in Havana, Prieto is also partnering with the New York-based non-profit organization Horns to Havana (dedicated to instrument donation and repair, as well as cultural exchanges in Cuba and the United States) to offer a Jazz Amistad (Jazz Friendship) program, in which he and the Sextet will teach and offer educational workshops for students from three music conservatories in Havana, including Amadeo Roldán, Guillermo Tomás, and his alma mater, La ENA.

This trip will be documented in a short film by Emmy-nominated filmmaker Saleem Reshamwala (KidEthnic), with support from Executive Producer Lindsay Evans and Assistant Producer Joe Morra.

On Saturday, January 5, the Dafnis Prieto Big Band will return to New York’s Jazz Standard to perform the music from their GRAMMY and Latin GRAMMY-nominated album, Back to the Sunset. The performance coincides with the annual APAP (Association of Performing Arts Professionals) conference in New York City. Presenters and music industry professionals are welcome.

From July 17 through 20, Prieto will be the featured guest of the Aarhus Jazz Orchestra in Aarhus, Denmark, where the ensemble will play Prieto’s big band compositions.

A gifted educator, Prieto was recently promoted to Assistant Professor of the Practice at the Frost School of Music at the University of Miami in Coral Gables, FL, where he has served on the faculty since 2015. At Frost, Prieto teaches drums and composition, and he leads both the Dafnis Prieto Artist Ensemble and the Frost Latin Jazz Orchestra, consisting of elite student musicians at the conservatory. In 2016 Prieto published the critically acclaimed drumming instructional book, A World of Rhythmic Possibilities: Drumming Lessons and Reflections on Rhythms.

From October 11-20, 2018, Prieto toured to China, conducting drum clinics and workshops in Shanghai, Ganzhou, and other cities, and promoting the newly published Chinese edition of his book.

*Additional 2019 dates will be announced at www.dafnisonmusic.com in the coming months.

Source: Two for the Show Media