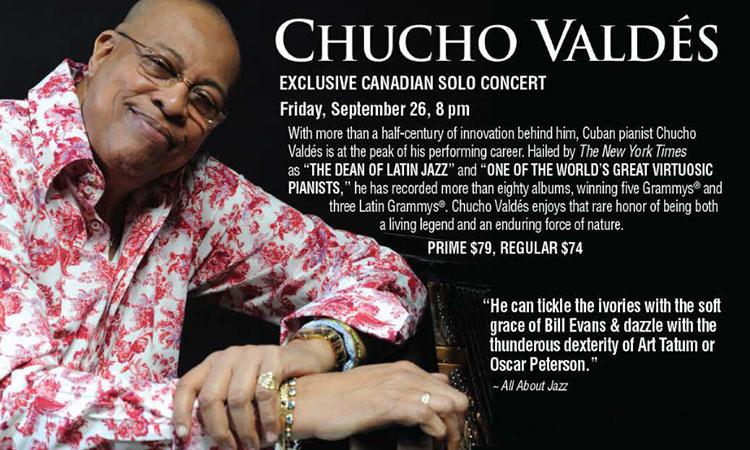 Jazz.FM91 Presents Chucho Valdés: With more than a half-century of innovation behind him, Cuban pianist Chucho Valdés is at the peak of his performing career. Hailed by The New York Times as “the dean of Latin jazz” and “one of the world’s great virtuosic pianists,” he has recorded more than eighty albums, winning five Grammys® and three Latin Grammys®. Chucho Valdés enjoys that rare honor of being both a living legend and an enduring force of nature.

Chucho Valdés may appear to play music in a fluid, almost unconscious manner, thanks to an unbridled virtuosity. But in actual fact every note is thought out by his quick-thinking, jaguar-like musical intellect. He actually chooses his notes and sequences them in phrases and lines with an exactitude that resembles something between art and science; music and math. – Raul da Gama