Following the success of Chucho’s Steps and a series of world tours, Cuba’s foremost pianist has developed a brand new repertoire, the culmination of his ceaseless explorations within the world of Afro-Cuban music, which he cherishes so much. 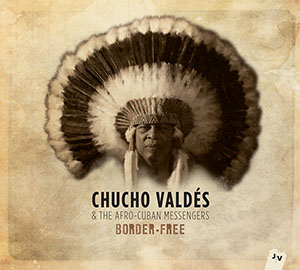 Boasting a new line-up for his band, The Afro-Cuban Messengers, and a guest appearance from legendary saxophonist Branford Marsalis on three tracks, his new album takes us through an eclectic range of pieces, which are technically complex yet instantly captivating. His dazzling virtuosity as a pianist, his prodigious talents as a composer and his ingenious arrangements unite to create a music that enthralls. Alongside new sources of inspiration (the music of the North American Indians and of the Arab-Andalusian culture), the album is infused with the verve of Valdés’ early trailblazing Cuban Jazz ensemble Irakere, his nostalgia for Cuban big bands, the punch of Hard Bop, the magical rhythms of the Yoruba drums, and of course the spiritual lyricism which is the mark of all great jazz.

New album BORDER-FREE available in May 2013 on JazzVillage
www.jazzvillagemusic.com | www.chucho-valdes.com