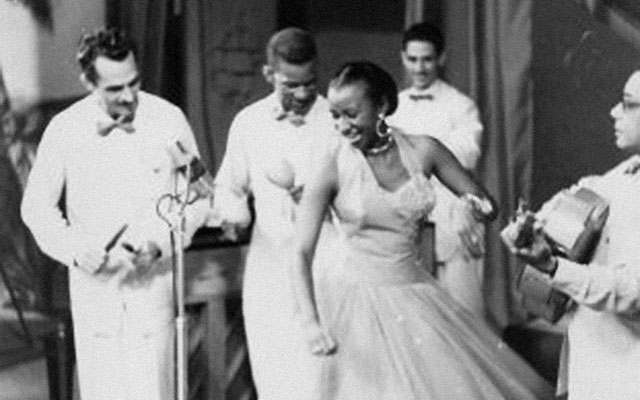 Join us at our 14th annual congress as we celebrate the origins and evolution of Cuban popular music, its role in shaping Cuban national identity, and its influence and legacy worldwide. This year’s gala event will be dedicated In Memoriam to none other than our beloved Celia Cruz, la Guarachera de Cuba (pictured above with the legendary Sonora Matancera), New York City’s indisputable Queen of Salsa.

Admission:*
Non-CCCNY Members: $100
CCCNY Members: $75 (Members should purchase their tickets for $100 at either the Symphony Space box office or through the link below. They will receive a $25 refund voucher at the congress.)
*Includes all formal presentations, films, and live entertainment, plus continental breakfast, drinks, and afternoon snack.

For more information, write to: cccofny@aol.com
This event is presented in partnership with: Goya, Telemundo
In association with: Bacardi, Pepsico and Cubanisimo

With the promotional cooperation of: Diario de Cuba and HavanaNewYork.com