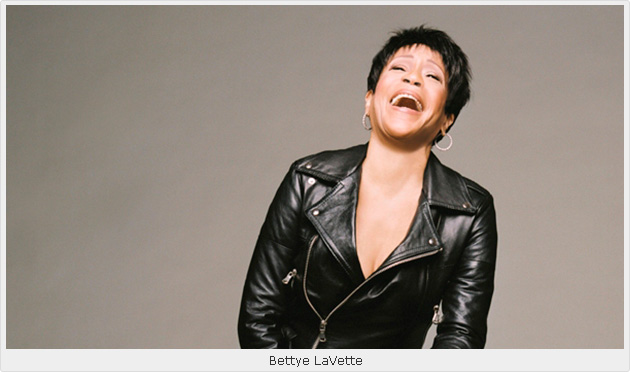 This Saturday, September 10th, Bettye LaVette will be the artist to close another edition of the Teatro Libre International Jazz Festival, in Bogota, Colombia. On this occasion, the woman with the expressive-voice, Bettye LaVette, will say goodbye to Bogota’s jazz lovers with an exciting concert at Julio Mario Santo Domingo Theater. Mrs. LaVette is going to be the last performer of this festival after nine days of concerts by recognized musicians including Billy Branch, Greg Diamond, Justo Almario, the Cartagena Big Band, Roberto Fonseca, Le Chat Lunatique Band, Luigi Cinque, the Bogota Big Band, Sebastian Schunke, Karlos Rotsen, and Terence Blanchard.

The finale of this 23rd edition could not end better than with this American singer on the festival musical scene. LaVette has enchanted spectators and musical critics with her own musical language and style. It is not a coincidence that many of the most prestigious magazines around the world like The New Yorker and Rolling Stone recognize her as a talented, creative and expressive singer.

The Teatro Libre International Jazz Festival has been hosting some of the most virtuous and amazing Colombian and international jazz musicians since 1998. This festival is considered one of the most important festivals in the region, and it has become a respected stage for those who know about the genre.

Nowadays it is really hard to maintain a festival because every day the media turns their attention more to other massive music genres like pop. Despite this reality, this festival remains committed and loyal to its spectators because the Teatro Libre Foundation has made and maintained a remarkable effort to keep this cultural cause alive even if receiving little economic support from the government and some private sponsors. For 23 years the Teatro Libre International Jazz Festival has given jazz lovers in Bogota the opportunity to meet and listen to jazz legends from Europe, the United States and Latin America including Hermeto Pascoal, Chick Corea, Jerry González, Mike Stern, Kenny Garret, and Carla Bley. This festival has been an inspirational place for local and international musicians, music students, teachers, trainers, professors, music lovers, journalists, and collectors.

The festival is not only about musical shows but educational meetings. For this edition of this musical event, three workshops were carried out as alternative activities for musicians: The first one was about modern jazz guitar by the famous Greg Diamond. The second workshop was lead by Le Chat Lunatique who exposed his ideas about gypsy and swing. The last educational session was about swing and R&B trumpet, taught by the Afro-American musician Terence Blanchard.

The celebration of jazz will continue next year because the main goal of the coordinators of this great event is to keep making people fall in love with jazz music. This is why the creative minds behind the festival will not stop bringing the best of this genre each year in order to seduce people to learn about jazz music and become enchanted with it. The Teatro Libre International Jazz Festival is part of Bogota’s life, dynamic and rhythm. Like any city in the world, every year the Colombian capital celebrates a festival where people always have the option to encounter others to dream together about musical notes, arrangements, solos, virtuosity, passion, and, of course, the feeling about one of the richest music genres the human being has ever created, jazz music.