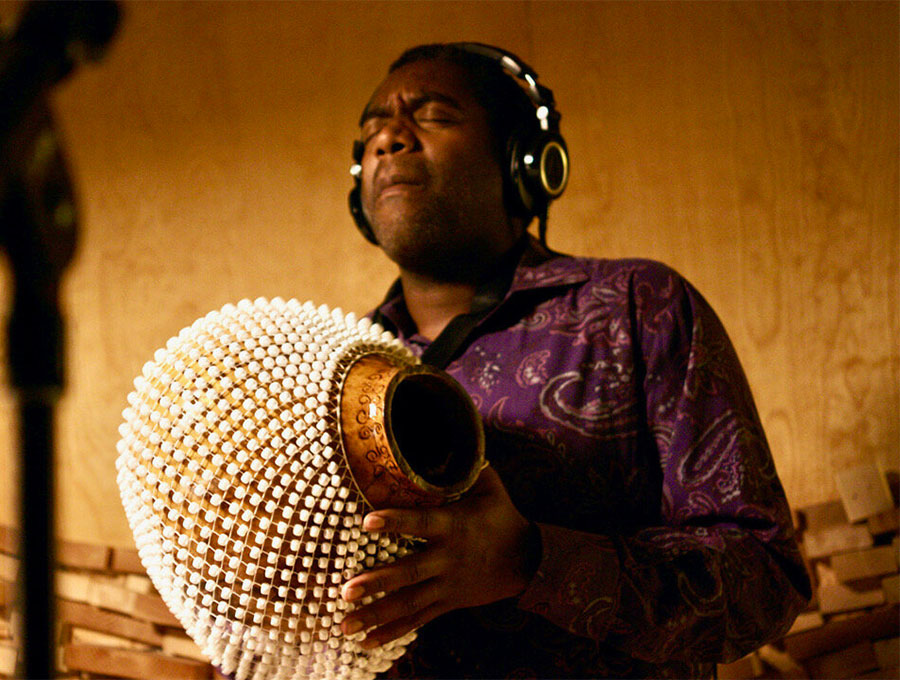 The original stage production We Have Iré recounts the stories of four Cuban-born artists who, after having immigrated and established a life in San Francisco, return to Cuba together. IRÉ Records announces the release of a cast album featuring new music from Grammy-winning Jazz artist Yosvany Terry on September 18. The album features Terry’s original score from the stage production and monologues that reveal the lives and experiences of the central Cuban-born artists. We Have Iré was written by Cuban American poet, playwright, and performance artist Paul S. Flores–who lent his personal story to the play along with Yosvany Terry, Hip-Hop artist DJ Leydis, and dancer Ramón Ramos Alayo. The artists and creative team will be present in a Facebook livestream celebration and talkback on September 18, at 4:30 p.m.PDT/ 7:30 p.m. EDT–which will also feature a making-of video by Amílcar Navarro.

Both the cast recording and stage production draw from vivid stories of reinvention through immigration as told by Cuban artists which include: DJ Leydis’ account of taking to the sea in an overcrowded motorboat to pursue her dream of being a Hip-Hop DJ, and dancer Ramón Ramos Alayo recalling his childhood in the countryside of Santiago de Cuba and then being sent to learn ballet and modern dance in Havana.

The album’s 12 tracks underscore the emotional arc of the We Have Iré’s stories and feature the Cuban jazz idiom that Yosvany Terry is known for which incorporates traditional Yoruba songs and hip-hop. The We Have Iré cast album was recorded at the Samurai Hotel Recording Studio by Terry’s quartet consisting of first-call New York musicians: Javi Santiago (piano), Matt Brewer (bass), and Mark Whitfield, Jr. (drums/percussion), with a special guest turn by legendary Cuban diva Xiomara Laugart and performances by Christin Eve Cato and Denmis Bain. Additional recording was done in June at Patio de Ochún Studio in Alameda, CA.

“I wanted the ancestors and the musical traditions of Cuba to shine throughout,” says Paul S. Flores of his decision to collaborate with composer Yosvany Terry. ‘Camagüey Blues’ and ‘Idea Of Harlem’ lead us through the naïveté and struggles of the characters to the dazzling destiny realized by these talented immigrant artists. By the time we hear the song ‘Subversive‘ we feel like we have survived the storm, arrived on the beach, ready to face the next challenge.”

The We Have Iré Original Cast Recording will be available on iTunes, Spotify, Amazon, and other digital platforms Sep 18, 2021. Meet the cast, creative team and representatives for the producers at a Livestream via Facebook @miamilightproject @pregones/PRTT @MACLAarte @YBCA on September 18 at 4:30pm PST/ 7:30 pm EDT. A making-of video created by filmmaker Amílcar Navarro will also be streamed.

Paul S. Flores creates plays and oral narratives that spur and support societal movements that lead to change; his deep dive into themes of transnationality and citizenship comes at a crucial time in contemporary history. His last play, On the Hill: I Am Alex Nieto, brought together San Francisco communities divided by gentrification and police violence. Flores’s ability to paint a vivid picture of bicultural Latino experience is shaped by his personal background and experience growing up near the Mexican border. He began presenting spoken word as a founding member of Youth Speaks and Los Delicados in 1996. He performed in Cuba for the first time in 2001 while working at La Peña Cultural Center, and has since presented multiple times in Havana, Mexico, and El Salvador. He is an adjunct professor of theater at the University of San Francisco.

Rosalba Rolón is the artistic director of Pregones/Puerto Rican Traveling Theater in New York, a company focused on the creation and performance of original musical theater and plays rooted in Puerto Rican/Latino cultures. She is a director and dramaturg who favors the art of stage adaptation in ensemble settings, working from non-dramatic texts. With Pregones she has toured more than five hundred US cities and eighteen countries. Her work includes Harlem Hellfighters on a Latin Beat, Dancing in My Cockroach Killers, and The Red Rose. Rolón received the prestigious Doris Duke Artist Award in 2018 and a Creative Capital Award in 2019, and was recently appointed to serve on the Tony Awards nominating committee. In 2015 she received the TEER Pioneer Award from National Black Theatre. She is a United States Artists Fellow and board member, a board member of the National Association of Latino Arts and Cultures, and an advisory committee member for the CreateNYC cultural affairs plan.

Yosvany Terry was born into an illustrious musical family in Camaguey, Cuba, and is widely acknowledged as a culture bearer and innovator of Afro-Cuban music. Since his arrival in New York in 1999, his work as saxophonist, percussionist, and composer working at the confluence of Cuban roots music and jazz “has helped redefine Latin jazz as a complex new idiom” (New York Times). Among his recent commissions as a composer are the Yerba Buena Gardens Festival commission for the suite Noches de Parranda for twelve-piece ensemble with the support of Map Fund, and a Harlem Stage commission to write the music for the opera Makandal. Terry received a Rockefeller Philanthropy Advisors New York State Music Fund grant for Yedégbé, a suite of Arará music.

DJ Leydis (Leydisvel Freire) combines contemporary hits with a distinct fusion of Latin flavors, R&B classics, and roots reggae blends. Born and raised in Cuba, where she was involved in the local hip-hop movement since its inception, she helped organize some of the country’s most respected and best-attended events and community programs. In 2005 she cofounded Omegas Kilay, a hip-hop theater collective in Havana focused on presenting the poetry, music, experiences, and perspectives of artists such as DJ Yari, Danay Suarez, Nono, La LLave De IPG, La Negra, and Las Krudas. DJ Leydis co-created the first all-female DJ mixtape in Cuba, contributing a special blend of new flavor and spirit to the international community. In 2006 DJ Leydis migrated to United States to expand upon her work as a DJ and has worked with Erykah Badu, Quest Love of the Roots, and other iconic US-based artists.

Pregones/Puerto Rican Traveling Theater is an award-winning acting and music ensemble, multidisciplinary arts presenter, and owner/steward of bilingual arts facilities in The Bronx and Manhattan. Our mission is to champion a Puerto Rican/Latinx cultural legacy of universal value through creation and performance of original plays and musicals, exchange and partnership with other artists of merit, and engagement of diverse audiences. Our year-round programs offer attractive and affordable opportunities for arts access and participation to NYC residents and visitors alike.