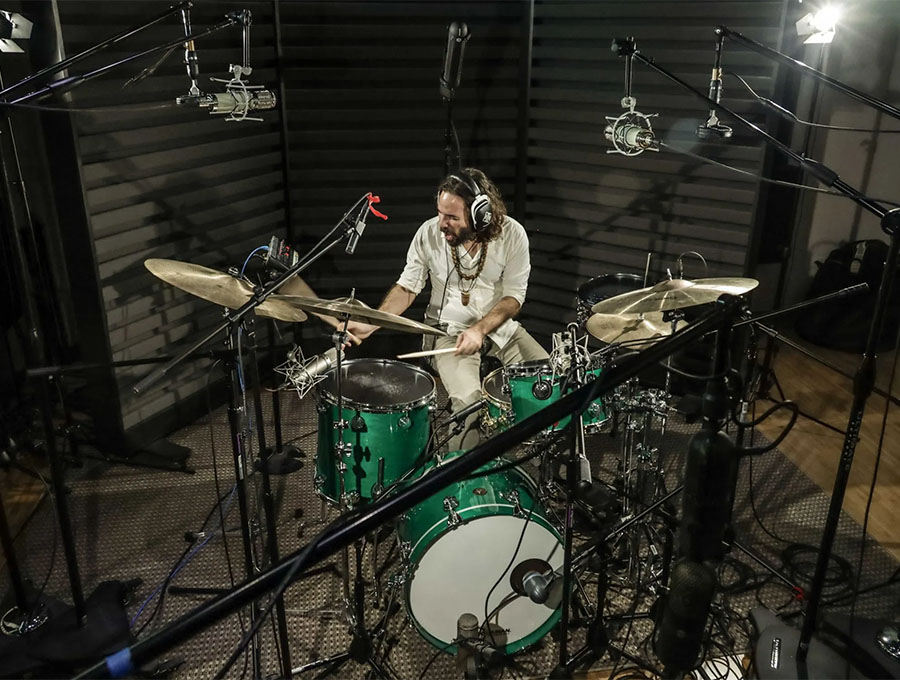 A native of Mayagüez, Puerto Rico, Cole’s cross-cultural style draws on African, Indigenous, and European influences and positions him at the forefront of jazz innovation and 21st-century rhythms. “If I had been a Puerto Rican musician playing a few centuries ago, I would have had the same kind of influences,” explains Cole. “They’ve come together to create a mestizo sound, and I’m carrying that forward.” In 2012, inspired by Fela Ransome-Kuti and the Africa 70 with Ginger Baker, Cole’s Roots Before Branches garnered superb reviews from the New York Times, World Music Report, and Jazz Times among others. National Public Radio declared the album “One of the Five New Directions in Jazz Evolution,” and jazz icon Chick Corea praised Cole for “beautifully expanding on the traditions he grew up with.”

Over the years, Cole’s power and versatility have proven indispensable to the world’s most acclaimed jazz groups, including The Miguel Zenón Quartet, David Sánchez, The Gary Burton Quartet, Fabian Almazan Rhizome, the Ben Wendell Quartet, the All-Star quartet 90 Miles, and Chano Dominguez as well as the groups Chambao, Calle 13, Residente, Siete Nueve, Balún and Draco Rosa.

The last few years have been a whirlwind for Cole. Six months to the COVID-19 shutdown, tragedy struck when a fire destroyed Cole’s New York City apartment. Two months later, he relocated to his native Puerto Rico, and “started from zero.” These plans were disrupted when the world shut down in March 2020, creating an even more tenuous situation. Concurrently, Cole received some welcome news: The Doris Duke Charitable Foundation was giving him a New Jazz Works grant. As one of the only Puerto Ricans to ever be granted this honor, Cole felt an immense responsibility to create something that would be representative of his work, and of his native Puerto Rico. “Losing a home – and then having to do all the work that comes with that gives no time to complain or overthink. It’s about action. These are the so-called “fight or flight” situations. When faced with life-threatening conditions, we can access our “superpowers,” which is what this album is all about,” reflects Cole.

Throughout the pandemic, Cole kept busy by working on Buscando when he could, and by releasing singles with Villa Locura including “El Diablo” with Tito Allen, “Caminando” with Tego Calderon, “Si Va’llover” with Alex Lopez “El Callejero,” and “Atiende” with Andy Montañez. With the support of the New Jazz Works grant, Cole was able to broaden his scope for this new project and unleash his own “superpowers” in spite of the poor state of the world around him. “Death became the word of the day,” writes Cole in the liner notes, “the death of humans, work, faith, plans, bank accounts and so much more. In the middle of so much death, I decided to look for life.”

Featuring eight original compositions by Cole, Buscando La Vida is rooted in jazz, but features strong elements of funk, Afrobeat, soul and hiphop, synthesized through Cole’s singular vision. Some of the selections were inspired by feelings; the cinematic opening “No Estamos Solos” (“We Are Not Alone”) is a colorful showcase for the Metropole Orkest in particular and was written as a reflection on unexpectedly crossing paths with like-minded people and realizing we, as a people, are not alone. Some are more personal: “Y en Sueños te Persigo” (“And in Dreams I Chase You”) is about being “so obsessed with an idea, the creator pursues it in dreams” and “Dime Donde Estas” (Tell Me Where You Are), and “H.C.S.”  are dedicated to Cole’s estranged father, Henry Cole Simon. “De Frente” (Head On), a genre-mashup featuring the sharp-tounged Negro González, is a meditation on confronting and taking responsibility for one’s life, including all its positive and negative qualities while “Azul Turquesa” (Blue Turquoise) is a reflective love song. “Shinobi (He Who Hides)” is dedicated to the figure of the ninja – a figure of inspiration for Cole that speaks to the ability to develop a “killer” instinct ability without sacrificing one’s essence. The vibrant closer “Vueltas” (Turns) pays homage to the community that created the Delta Blues and its relation to the Puerto Rican Jibaro, and, as Cole says,  “the “gatekeeper” to our hearts.”

“Every move, idea, melody, rhythm, and concept on this project is fueled by the “fight or fly” energy we carry – the life inside us and around us. The only way we could complete this project was to adapt to what was possible during the pandemic and never for a minute lose faith or focus, and by working as a family. Buscando La Vida is a testament to courage and excellence during the worst moments. Also, the collaboration with the Metropole Orkest takes our culture, the group, and Puerto Rico to new places in history,” shares Cole.

BUSCANDO LA VIDA will be released on LA MÚSICA ARTESANAL on Vinyl, CD, and Digital Formats on Friday, November 19, 2021.