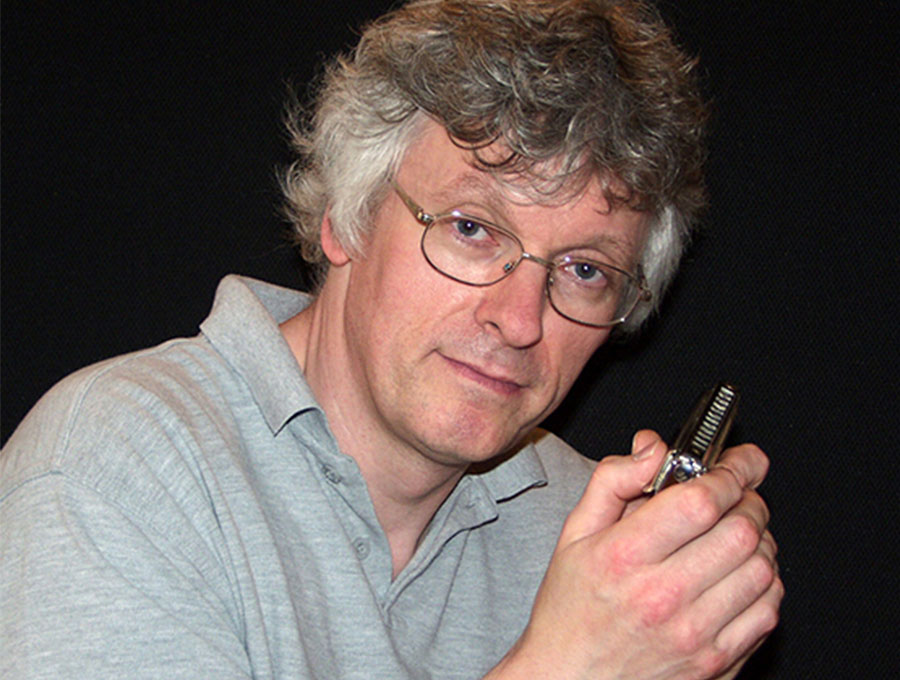 Maestro Hendrik Meurkens isn’t just an acclaimed artist, whom we have all come to admire. He’s a man brimming with incandescent ideas which manifest into musical gold. What makes Meurkens so special is the singularity of his sound. A German-born, New York-based harmonica player who performs Latin Jazz. If there is a Venn diagram of these attributes, he would be one of the few in the middle. That he has carved such a niche over a storied career should put this album under a special light. Samba Jazz Odyssey is an adventure with seven pieces composed by Meurkens, which were undoubtedly informed by his trailblazing musical journeys around the world. The maestro pairs with the august WDR Big Band, from Cologne, Germany, with arrangements which were also conducted by Michael Philip Mossman, a Grammy-nominated arranger. “This project is very special to me,” said Meurkens. “It is everybody’s dream to record with the WDR Big Band, and I was honored to collaborate with them.” The resulting production is a vivid voyage through samba jazz in its many forms.

“A Night in Jakarta” isn’t just a get-up samba with feel good effect. It exemplifies the theme of this project, a veritable tour of samba jazz, which begins in the South Pacific. Meurkens wrote the piece as an honorific for the Java Jazz Festival organizers based in Jakarta. He and his Samba Jazz Quartet have played at this well-regarded festival many times. Meurkens has fond memories, particularly of the late-night jam sessions at the hotel. Paul Heller (tenor saxophone) and Raphael Klemm (trombone) deliver dazzling solos to get this album going.

Meurkens first recorded “Manhattan Samba” on his album Poema Brasileiro (Concord, 1996). It’s a tune of many layers, runs, and hits. The band plays as one, navigating the sections with aplomb. Pascal Bartoszak (flute) offers an uplifting and thoughtful solo. Meurkens’ harmonica solo is beautiful and buoyant, bright and bluesy. The maestro is at home at this piece because well…he’s at home. After all, he’s a New Yorker. And this piece is a musical dedication to the vibrant samba jazz scene in New York, as many terrific Brazilian artists live in the Big Apple.

Next stop, central Europe. “Prague in March” is one of Meurkens’ veritable hits, as many accomplished artists have recorded it over the years, including Claudio Roditi, the Brazilian trumpeter. This particular arrangement is by Carlos Franzetti for a project on which he and Meurkens collaborated. In fact, Meurkens wrote this masterpiece before he immigrated to the US, just one year after the Berlin Wall fell. The namesake of the song, Prague, is also its inspiration. Meurkens was fascinated with this beautiful city, and on this rendition, check out Ludwig Nuss’ refined trombone solo.

“Sambatropolis” is another of Meurkens’ popular compositions, recorded previously with English and Portuguese lyrics. It’s a terrific ode to the samba jazz scene of New York. The back-and-forth trades between Meurkens and Johan Hörlén (alto saxophone) are pure delight. This juxtaposition of virtuosity may spark memories or engender one to imagine the music geniuses found at many New York jazz clubs.

On “Mountain Drive,” we find ourselves somewhere in the American West, driving amid the Rocky Mountains. Meurkens named his piece after a car ride from Denver to Aspen. The natural beauty of the jagged mountains and greenery enveloped Meurkens’ mind. For this particular rendition, Andi Haderer (trumpet) goes to work with a terrific solo. “I love the groove that Mossman found for the band. He added a totally new perspective with his arrangement,” reflects Meurkens.

Beginning with pulsing drum hits, “You Again” is Mossman’s composition, and it unfolds with a steady groove and blooming harmonies. The band is put through the paces, and it’s clearly up to the task as the full sonic and dynamic range is on display. Meurkens contributes an epic harmonica solo that demonstrates his effortless mastery. Joining him with remarkable solos: Jens Neufang (baritone sax), Andy Hunter (trombone), Mattis Cederberg (bass trombone), Hans Dekker (drums), Paul Shigihara (guitar), and Rob Bruynen (trumpet). This piece is a jam session.

Meurkens wrote “Bolero Para Paquito” for Paquito D’Rivera, the legendary jazz saxophonist and clarinetist. “Paquito remains one of my main inspirations in Latin Jazz, and he has so much positive energy,” said Meurkens. In fact, Paquito recorded the piece, too. And this particular arrangement by Franzetti is a thoughtful and well-placed work. One highlight is indeed Billy Test’s piano solo.

The premiere recording of “Samba Tonto” is a high point of this album. A samba in seven with a bridge that undulates between 2/4 and 3/8 could make your head spin. But the move among meters is handled gracefully, with colorful woodwinds and lush harmonies. Paul Shigihara (guitar) adds his stamp with a modern and soulful solo. The album ends with Choro, the well-known piece composed by A.C. Jobim. But you’ve never heard it like this before. Mossman’s cinematic arrangement frames the number in a special manner, giving space for solos by Billy Test (piano), Ludwig Nuss (trombone), Ruud Breuls (trumpet), and Meurkens (harmonica).

“Jazz Samba Odyssey” exemplifies basic addition. One plus one equals two. But the combination of Meurkens, Mossman, and the WDR Big Band have given us something ever more. This album is a calculus of creativity, a diagram of distinction, and a watershed work for the jazz and samba communities. It has been a distinct honor for Doug Davis, Matthew Mayer, and I to help produce this album for maestro Meurkens and the entire group. The project has indeed been an odyssey – into the music, from the heart, and out of this world.