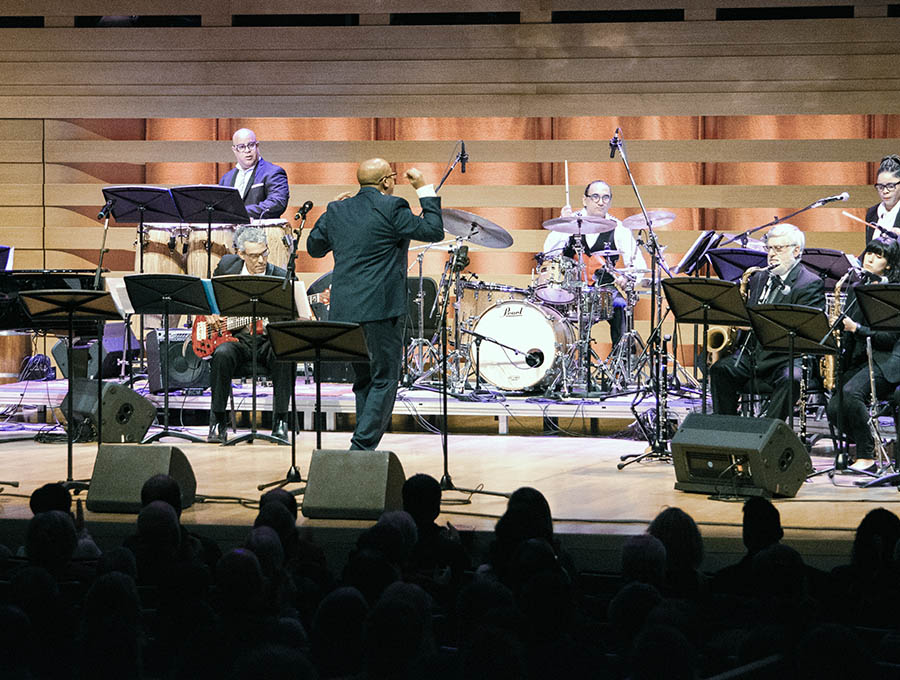 In 2005, Inspired by the Cuban directors of the golden age of Cuban music, such as Bebo Valdés and Juanito Márquez, Durán formed his explosive Big Band Orchestra with Toronto’s top Canadian and Cuban musicians. The album, From The Heart, was nominated for a Grammy in 2007 and won a Contemporary Jazz Album of the Year Juno Award.

With this Orchestra, Hilario Durán realizes a lifelong dream. His eighteen–piece Latin Jazz Big Band swings and bounces around the leader’s rhythmically rich compositions and arrangements. The music performed by this Orchestra blends milieus and motifs of the classic Cuban musical form. The music has been influenced by most of the traditional forms of Cuban music and the most modern contemporary harmonies.

The TD Toronto Jazz Festival presents Jane Bunnett with an 8-piece group which includes both her first Cuban collaborator, the legendary Bobby Carcassés (who Jane started working with 35 years ago), and her most recent – 19 year old Daniela Olano on violin and vocals.

Over the last 35 years Jane Bunnett has introduced Canadian audiences to many of the finest artists to come out of Cuba – and she performed at the first Toronto Jazz Festival in 1987.  It’s fitting to close this year’s TD Stage in Festival Village performances with Jane and her multi-generational group of Cuban Jazz Masters.