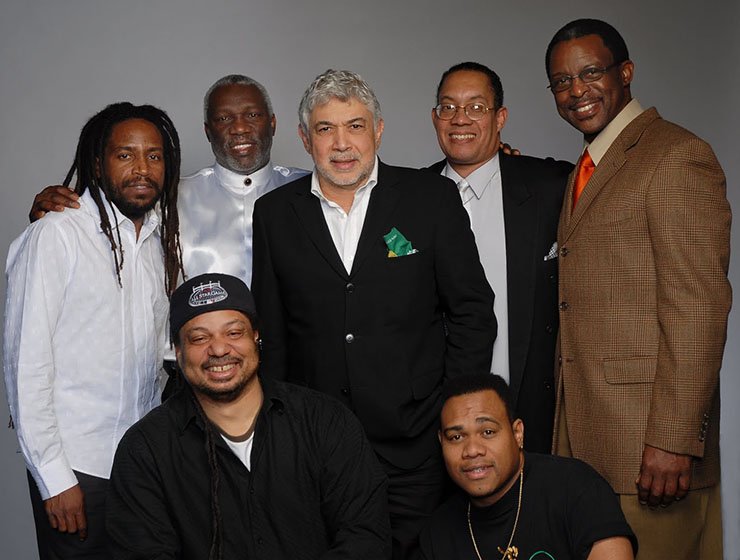 Jamaican jazz pianist Monty Alexander, whose playing has a strong Caribbean influence, returns to Koerner Hall, this time with his Harlem-Kingston Express. Evoking the combination of the two cities and their rhythms and energy, Harlem-Kingston Express is essentially two groups in one: a jazz group and a reggae group, with Alexander bridging the two on piano. Some may be surprised to know that reggae music actually has deep roots in jazz. Pianist Monty Alexander has been bringing jazz back to reggae music (and vice versa) for decades, and with Harlem-Kingston Express he explores the connections between traditional reggae and straight-ahead jazz, while also forging new ones.

“Monty Alexander’s blend of jazz and reggae [makes] for an outrageously good time.” (Wall Street Journal) During his 50-year career in music, Alexander has performed with Frank Sinatra, Dizzy Gillespie, Tony Bennett, Ray Brown, Wynton Marsalis, Sonny Rollins, Quincy Jones, Bill Cosby, Bobby McFerrin, and many others, and has recorded more than 70 albums. “Monty Alexander presented his refined concept of groove with the recent Harlem-Kingston Express project, blending a jazz trio and a steaming reggae unit, weaving back and forth between the idioms with orchestral finesse.” (Downbeat Magazine)

Born on D-Day (June 6, 1944) and raised in Kingston, Jamaica, he took his first piano lessons at age six, although he is largely self-taught. As a teenager, he witnessed concerts by Louis Armstrong and Nat “King” Cole at Kingston’s Carib Theater. These artists had a profound effect on Alexander’s aspirations. He formed Monty and the Cyclones in the late 1950s and also recorded on sessions with the musicians who would catapult Jamaican music to international recognition as The Skatalites (Bob Marley’s first backing band).

Alexander and his family came to the United States at the end of 1961. Less than two years later, while playing in Las Vegas with Art Mooney’s orchestra, he caught the eye of New York City club owner Jilly Rizzo and his friend, Frank Sinatra. Rizzo hired the young pianist to work in his club, Jilly’s, where he accompanied Sinatra and others. There he met Modern Jazz Quartet vibraphonist Milt Jackson, who hired him and eventually introduced him to former Charlie Parker collaborator and legendary bassist Ray Brown. Alexander recorded and performed with the two jazz giants on many occasions. Jazz’s greatest luminaries welcomed Alexander to their “musical fraternity” in the mid-1960s. Among these earliest enthusiasts for his playing were none other than Duke Ellington, Count Basie, and Miles Davis.

Jane Bunnett and Maqueque are Back!