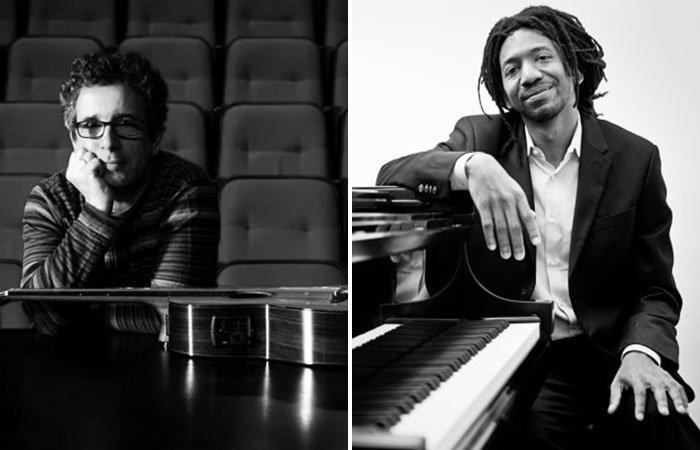 Composer, arranger, producer, and guitarist Mario Adnet is a Grammy® Award-winning musician and frequent contender at major events like the Latin Grammy® Awards, Brazilian Music Awards, and more. While music speaks more loudly than awards, the diversity of his wins and nominations – including Best Classical Album, Best Crossover Album, and Best Arranger – shed light on the depth of his talent. Adnet’s compositions have been recorded by artists like Charlie Byrd, Chuck Mangione, and Lisa Ono, and Antionio Carlos Jobim recorded one of Adnet’s arrangements on his final (Grammy® Award-winning) album. This all goes to say that, in addition to being quite the guitarist, Adnet will bring some very high quality material to these performances. His band includes some Jazz at Lincoln Center favorites who have performed to sold-out audiences in our multiple venues.

Elio Villafranca brings an all-star band with special guest Jon Faddis into The Appel Room at Jazz at Lincoln Center on February  20-21 for the world premiere of “Cinqué – Music of the Caribbean.”

“This is my largest musical work to date,” exclaims the Cuban composer and piano virtuoso. “I have been integrating the roots of the Cuban Congolese tradition that I grew up with as a child into my music, with my training in classical music and also with my inspiration and interest in the entire Caribbean Diaspora. Since I come from a Congolese area (the Tambor Yuka community of Cuba), I wanted to explore all of those traditions in a much broader way.”

Villafranca’s world premiere of Cinqué – Music of the Caribbean, is inspired by the African slave Cinqué, who led the rebellion aboard the ship Amistad in 1839 on his voyage to Cuba. “I chose five islands with five stories: Cuba, Puerto Rico, Haiti, Jamaica and Santa Domingo. This suite reflects the entire range of my upbringing as a musician in the Caribbean and in Cuba,” says Villafranca.

Paquito D’Rivera: Around The Americas