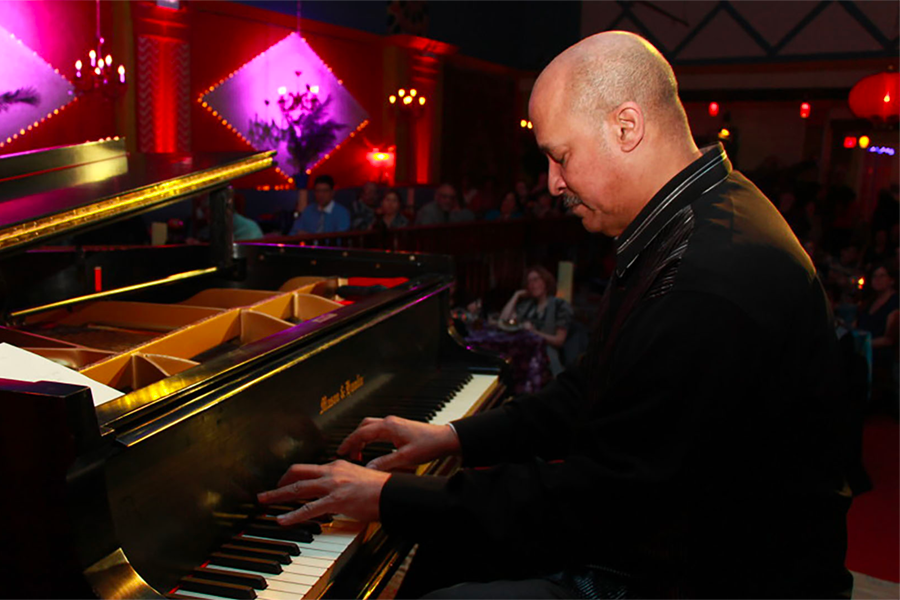 A recipient of the Louis Applebaum Composers Award and the Chico O’Farrill Lifetime Achievement Award from Latin Jazz USA, Juno-award winning and Grammy-nominated pianist Hilario Durán has long been considered a leading light on the the Canadian jazz scene. Chucho Valdés has declared Durán to be one of the greatest Cuban pianists of the 20th century, calling him “an unparalleled pianist; composer and arranger of the first order.”

Duran’s work with Jane Bunnett, Paquito D’Rivera and Horacio “El Negro” Hernández, as well as with his trio, jazz quintet, Havana Remembered Orchestra and 20-piece big band have earned him international recognition and lead to many tours across Canada, Europe and the U.S.

This is a rare opportunity to hear this living legend of Latin jazz in Lula’s intimate setting.