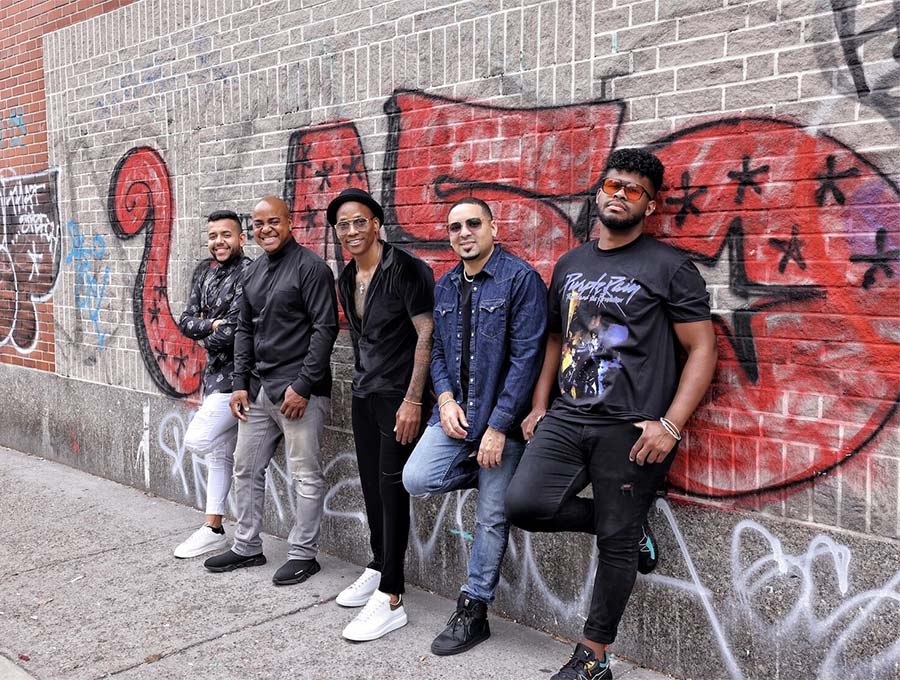 Martinez has performed at DROM regularly since the venue re-opened in May after a 15-month hiatus due to the COVID pandemic. His latest album, Acertijos (released March 2021), was nominated for Best Contemporary Tropical Album in this year’s Latin Grammys. In July 2020, Pedrito invited singer Camilla Cabello — with whom he has been recording at the time — to DROM. Together they performed her current global hit “Don’t Go Yet”, a single that features Pedrito and Manuel Marquez, a member of his group (watch here).  For his weekly residency Pedrito will perform alongside Sebastian Natal on bass and vocals, Issac Delgado Jr on keyboard and vocals, Jose “Xito” Lovell on trombone and vocals and Manuel Marquez percussion and vocals. More special special guests and dancers will make appearances throughout the series.

“Pedrito is a genius…working with him has been a revelation to me.” —Wynton Marsalis

“The Pedrito Martinez Group is the real thing. They had the club JUMPING! It made me feel like a teenager!” —Quincy Jones

Pedro Pablo “Pedrito” Martinez was born in Havana, Cuba in 1973 and began his musical career at the age of 11. Since settling in New York City in 1998, Pedrito has recorded or performed with Wynton Marsalis, Paul Simon, Paquito D’Rivera, Chucho Valdez, Bruce Springsteen, Eddie Palmieri, Dave Matthews, Jackson Browne, Elton John, James Taylor and Sting, and has contributed to over 75 albums.Pedrito’s career as a solo artist began in 2005 with the formation of his own group. The group’s first studio album was nominated for a Grammy, and was chosen among NPR’s Favorite Albums of 2013 and The Boston Globe Critics Top Ten Albums of 2013.” In 2019, Pedrito and Cuban pianist, Alfredo Rodriguez, released a duo album Duologue to critical acclaim. Quincy Jones was the Executive Producer for that album.