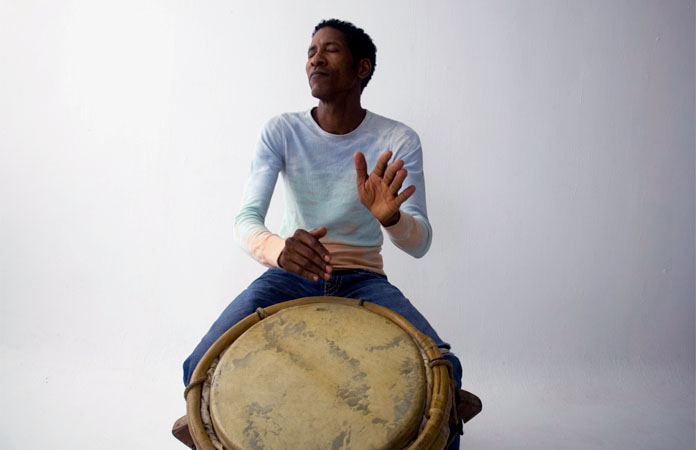 On Sunday, November 19, 2017, Afro-Rican musician, composer, educator, cultural icon and advocate William Cepeda spoke with Marysol Cerdeira, host of the popular radio show, MONTUNEANDO CON MARYSOL (WBAI, 99.5 FM) about the impact of Hurricane Maria on the island and him personally.

At the time of the interview, roughly 90 percent of the island was without electricity, and 60 percent without water. Also, Internet service was unreliable and getting around the island was challenging.

Like many Puerto Ricans who were on the island when Hurricane Maria struck, Cepeda watched horrified and helpless as the storm’s 155-mph winds ripped off roofs, flooded homes and stripped the island of its lush, green foliage and performance spaces destroyed or closed due to lack of power.

Also, Cepeda is unable to perform, compose, or follow his passion, which includes teaching master classes, workshops, clinics and music programs for children with special needs. “Many musicians are unemployed,” says Cepeda. “We need to keep creating and using the blessings that God gave us to make people happy.”

Cepeda recently returned from Milwaukee, where he visited relatives and had the opportunity to sit in with Eddie Palmieri’s band. Also, he introduced the composition, “Puerto Rico Se Levanta” which means Puerto Rico Rises!

Like many musicians on the island, Cepeda has been forced to rethink his priorities and leave the island to find work to support himself and his family. Currently, he plans to relocate to Orlando, Florida where, he says, he will “start from zero.”

“The island belongs to all of us; it doesn’t matter where we are,” says Cepeda, “We have to come together, work hard and build Puerto Rico better than it was. Also, we need to create a dialogue with people who understand our situation and develop projects that help the arts.”

Much like Puerto Rico, whose progress has been painfully slow, Cepeda is down but not out. He plans to visit the island and keep tabs on its development and when the time is right he will return, pick up the pieces and rebuild.

Born and raised in Loiza, the heart of “little Africa” in Puerto Rico, William Cepeda’s artistic excellence as a composer and creative visionary, his authenticity and advocacy for rigorous research and comprehensive documentation of Puerto Rican music, dance and culture have earned him multiple awards, grants and recognition from the Institute of Puerto Rican Arts & Culture; Meet The Composer; the National Endowment for the Arts; the New York State Music Fund at Rockefeller Philanthropy Advisors; American Composers Orchestra; American Composers Forum and the Association of Hispanic Arts.

In addition to world music and jazz, William Cepeda’s oeuvre includes contemporary classical music with his introduction of Bomba Sinfonica, a full-length orchestral work for the symphony, opera, choir and soloists published by Albany Records.

Educated at the Berklee College of Music in Boston, the Conservatory of Music in Puerto Rico, and the Aaron Copland School of Music at Queens College, William Cepeda has two bachelors of arts degrees (one in jazz composition and arranging and one in music education) and a masters degree in jazz performance.

As a composer and educator, William has received several prestigious artist-in-residence awards including the 2002 Meet the Composer three-year New Residencies Program award and more recently at the Akiyoshidai International Art Village in Japan in 2009.