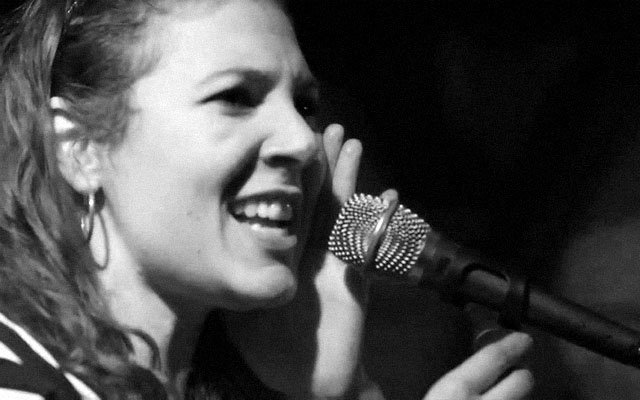 The high art of this record, Bienvenida is no accident. This is because its principal performer is the miracle behind it all. Venissa Santi is one of those supremely talented new vocalists who blazes, comet-like, across the musical horizon, but once in a lifetime. She joins the likes of Billie Holiday, Abbey Lincoln, Sheila Jordan, Elis, Rosa, Celia, Flora Purim and fewer others than can be counted on the fingers of a hand -as the highest practitioners of the art of vocal music. 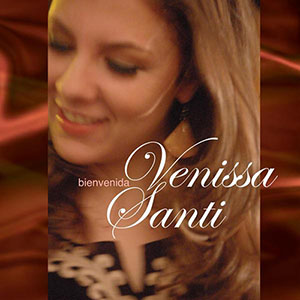 Santi is a sublime artist whose voice floats on the lyrical music that it inhabits. She can flutter like a bird, often appearing to glide on the song as if she were on the wings of the songs thermal-it’s burning, beating heart. She often performs unbelievable vocal gymnastics shooting, in a rush of apparently hot breath, ever so high, soaring momentarily before diving on the slide of a sudden glissando to hover and ululate in a throaty gush of scatted babble. But all this is performed with so much apparent mathematical precision so as to appear to conjure the ancient wellspring of pitch and tonal color. And speaking of pitch, Santi appears to pay little heed to convention. She does not need to; she can break fresh ground in chromatic harmony, as she is capable of singing myriad quarter notes, diving into the very heart of the tone of each note that she hits with the precision of a sorceress.

On the face of it Venissa Santi is a Latin artist whop reaches across diverse universes to pluck idioms from Afro-Cuban and Afro- Caribbean music, swishing them across and melding them with blues and jazz. She is playful with classical musical forms–just as likely to slide through a bolero on “Convergencias,” as she is to deconstruct it on “Como Fue,” which she turns into a devastatingly beautiful blues (incidentally with breathtaking, gurgling guitar work from Jeff Lee Johnson). Then she turns to “son” breaking down into “danzon” in a gorgeous rendition of “Lucerito De Mi Amor,” (a “Love Star,”) written by her grandfather, a celebrated Cuban musician, Jacobo Ros Capablanca. And then, on “Cumpling Cumpling,” a rumba that brings a rush of blood to the head as she imitates the sound of a bell pealing “pling…plang, cling…clanging her way wordlessly surely to the unbridled delight of church steeples somewhere.

Her mastery of vocalese is quite unmatched. She might even take on the great Jon Hendricks. “Embraceable You” is a quite memorable example where Santi double-times the music in the second chorus, bending and twisting notes like a vocal alchemist. And then there is the standout track of the record, “Columbia pa Miguel Angel,” sung in 6/8 time and a tribute to the music of the Matanzas and is a rumba and Afro-Caribbean Columbia of breathtaking beauty. This beguiling track celebrates the griot tradition and delves into the spiritual realm of Ogun and flirts also with a kind of Afro-blues. Every musician on the record rises above him or herself for this session. A debut record? How about a musical miracle.

Born in NY, trained in jazz in Philadelphia, and schooled in sacred/secular music in her ancestral homeland of Cuba, vocalist Venissa Santí traveled a long road to develop her signature musical style. She is a 2008 PEW Fellow, signed to Sunnyside Records. Read more…