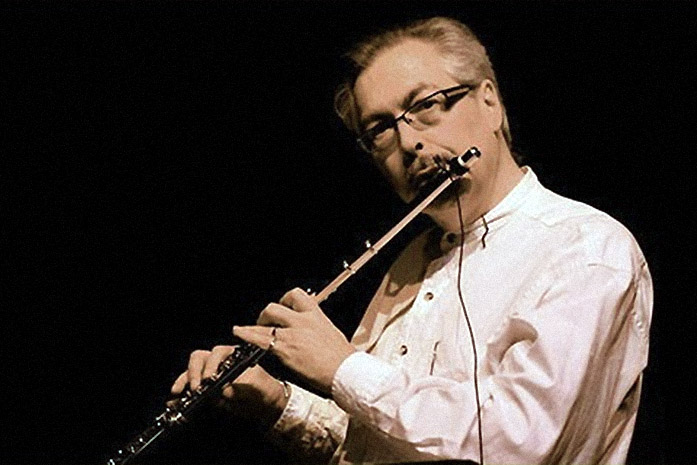 It has been some time since the flute maestro, Bill McBirnie has released an album. His last one was Mercy (2010) after which comes this outstanding release, Find Your Place, released on the artist’s own imprint, Extreme Flute. Mr. McBirnie is one of the finest flutists in Canada; perhaps in all of North America. His technique is flawless and he plays with a wholesome intonation. His enunciation is sophisticated and he makes music out of great gulps of air, which he circulates in his lungs so that he plays long loping lines that scamper like excited impalas which have sensed rain. His sense of melody is the epitome of perfection and this is the guiding spirit of everything that he does. Thus his soli might meander here and there, but the improvisations are never wild and fanciful, but rather remain always faithful to the melody. Still Mr. McBirnie manages to create and construct masterful lines that ascend like fluttering birds until they hook up with a thermal. These are unbroken lines, accented gently so that they seem quite fluid. When they descend back into the melody, their echo remains like the fluff of clouds slowly dissipating into the atmosphere, always making the listener crave for more. 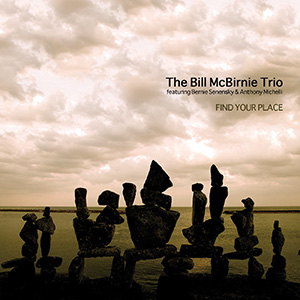 On this album, Find Your Place Mr. McBirnie is joined by the ubiquitous Bernie Senensky, a Toronto-based keyboard player who was well known for his association with the great Canadian saxophonist and flutist, Moe Koffman. On this album, Mr. Senensky plays Hammond B3 organ. The other player on the date is Anthony Michelli, a drummer who plays with great sensitivity and an ability to listen with incredible patience. Mr. Michelli eschews flash and unnecessary virtuosity, playing instead well within himself, allowing the flutist to soar and the keyboard played to provide the necessary harmonies, all of which Mr. Senensky provides with customary ingenuity. The swagger in Mr. Senensky’s playing makes the mighty Hammond B3 come alive with a voice akin to a legendary blues shouter. Moreover, Mr. Senensky matches the flutist’s daring flights of fancy with several of his own. So impressive is the organist that it seems he was made entirely of music. And because he and the drummer play with such empathy there is little to separate each of the players, making it appear as if each of them was in the other’s brain.

From the sassy “Yes Indeed” to the ponderous “Gee Baby, Ain’t I Good To You” a chart that is dripping with the blues to the beautiful angularity of Thelonious Monk’s “Rhythm-a-Ning” the music here is full of hidden wonders. Bill McBirnie is at the top of his game, never faltering; not even for a nano-second. His playing recalls all that is attractive and memorable of a great flute performance. It is no wonder that he is so highly praised even by the great James Galway. Listening to the repertoire which is inspired and chosen to showcase not only Mr. McBirnie, but also Bernie Senensky and drummer Anthony Michelli, it is possible to suggest this may easily be one of the finest recordings of this year. It is hoped that these musicians will enhance their reputations, gaining a foothold in the big bad world of music south of the border.