Little Johnny Rivero: Music in Me 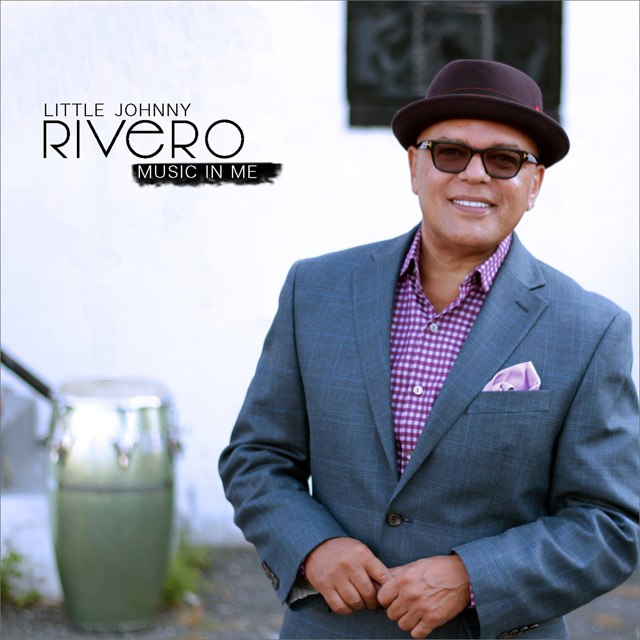 The utter simplicity of this title – Music in Me – does not even begin to convey the depth and sophistication of the music on this record by the extraordinarily talented percussionist Little Johnny Rivero. The wonder of Rivero’s playing through nine well-crafted songs is how engagingly, articulately, flowingly and creatively he pours himself into the music. It is a fine recording indeed; a magnificent testament to his artistry.

Puerto Rico has its fair share of percussionists, with each one contributing in some measure to the burgeoning literature of Latin-Jazz. Little Johnny Rivero may not be credited with that aspect of his music, but what he brings to the interpretation of the charts reflects his mellifluous aesthetics and wide-ranging stylistic tastes with an emphasis on resonant tone and swirling colour. His soli are short, yet gripping, often combine authoritative strokes with angular chops interspersed with gentle, sexy caresses of the instrument he is playing at the time. Mixing this up with relentless creativity Rivero is able to communicate with touching and dramatic intensity.

The music is quite explosive, right out of the gates. ‘Mr. LP’ sets the pace in a tone at turns lustrous and sleek. ‘Music in Me’ features sensuous inner rhythm and uncontrolled swellings that rise and fall in mighty harmonic waves. Traditional Puerto Rican rhythms are beautifully crafted into Rivero’s fluid playing. The percussionist-leader is surrounded by notable colleagues such as Brian Lynch on trumpet, Louis Fouché on alto saxophone, the wonderful Curtis brothers on bass and piano and the fiery Ludwig Afonso on drums, and an all-star guest list of musicians that includes Conrad Herwig on trombone, Luisito Quintero and a slew of other fine musicians.

‘Palmieri, Much Respect’ brings the celestial voice of Natalie Fernandez together with the core group for a performance vivid in interplay and keenly attentive to the score’s wonders and mysteries. The adventure continues into the following chart ‘Africa My Land’, which features music that unfolds around a poignant poem by Giovanni Almonte. With Zaccai Curtis and Luques Curtis at the production controls, the recording makes a bold new statement Little Johnny Rivero as he turns in a performance that thrills from start to finish.