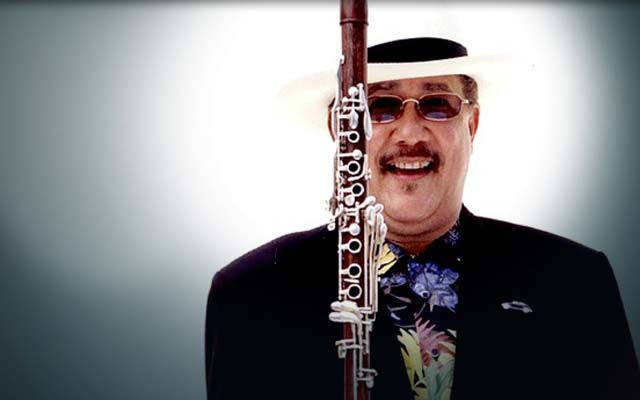 Nothing – and I mean nothing; no track list and probably no ensemble either – is more suitable to the emotional intimacy and urgency and better suited to the agility and immediacy than these deeply compelling performances of Paquito D’Rivera on his debut recording for Chesky Records: Tico Tico. Perhaps these performances may have heralded the equally flawless performances that were to come almost a decade later on Chesky – Portraits of Cuba when Paquito D’Rivera fronted a larger ensemble to play his heartfelt music of Cuba, arranged by and under the baton of Carlos Franzetti. But that was still to come.

Indeed, naturalness and expressive honesty are what emerge from these tightly-knit (there are, strictly-speaking, two) and perfectly placed ensemble(s). The unique voice of Paquito D’Rivera on alto saxophone and the joyous arias on both this saxophone and that distinctive, burnished woody sound from his burgundy-coloured clarinet beguile the mind and heat the blood of a fibrillating heart. The sense of drama and personal identification are at its highest watermark. Each song is bathed in his expressive sensitivity and his rare appearance on tenor saxophone make for compelling human drama. The blitzkrieg of his peregrinations as he criss-crosses the South American part of the continent never fail to stop by the listener’s consciousness to make indelible impressions on the heart. 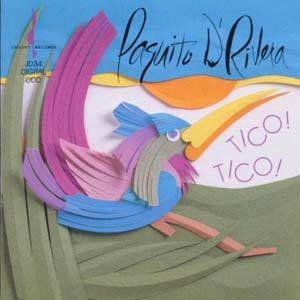 Listeners will surely be all but overwhelmed by the tremendously vivid, beautifully balanced music. And they will also have plenty to choose – from the melodic flourishes and virtuoso vivisection of the Cuban Danza and the Venezuelan waltz to the Brasilian forró and chorinho, and even a breathtaking take, courtesy of the young Panamanian debutant, Danilo Pérez, on a Bach partita. Through it all, Paquito D’Rivera’s effervescent take on jazz is never far off. He breaks down the idioms and metaphors of the blues, cuts to the quick on the swing of delight of jazz and the result is this album which in many ways defines the scintillating music of this extraordinary clarinetist and alto saxophonist – and here, a one of those rare occasions, a tenor saxophonist as well.

In terms of repertoire, there is an embarrassment of riches on the album. From the dazzling beauty of “Danza Característica” to an idiom that Paquito D’Rivera seems to have favored all through his career – Brasilian music. “To Brenda with Love” is one of those extraordinary sambas, that magically transforms (with some classic counterpoint) into a Bach partita, which came to be part of this song as a result of a rehearsal item by the ingenious pianist, Danilo Pérez. David Chesky’s “Chorinho #3 “Sheep Meadow” is another Brasilian piece and making up the series of three pieces is the remarkable “Recife’s Blues”. My personal favourite, if I may be allowed the luxury of nominating any one piece from the album are the “Three Venezuelan Waltzes…” The listener will have rarely heard such zesty cascades of notes and one thorny virtuoso gesture after another.

Danilo Pérez is not the only star on the album, which also features Rafael Cruz on percussion, the Brasilian rhythm section of Nilson Matta and Portinho and the other Latin one features David Finck, Rafael Cruz and Mark Walker. Three brilliant guitarists, Romero Lubambo, Tibero Nascimento and the young Chilean, Fareed Haque dazzle with naughtily capering notes to bring about a special delight on the tracks which they grace. All of this music has been captured on the Cheskys’ superb audiophile systems and this makes the recording all the more desirable.

Paquito D’Rivera defies categorization. The winner of thirteen GRAMMY Awards, he is celebrated both for his artistry in Latin jazz and his achievements as a classical composer. Born in Havana, Cuba, he performed at age 10 with the National Theater Orchestra, studied at the Havana Conservatory of Music and, at 17, became a featured soloist with the Cuban National Symphony. As a founding member of the Orquesta Cubana de Musica Moderna, he directed that group for two years, while at the same time playing both the clarinet and saxophone with the Cuban National Symphony Orchestra. Read more…