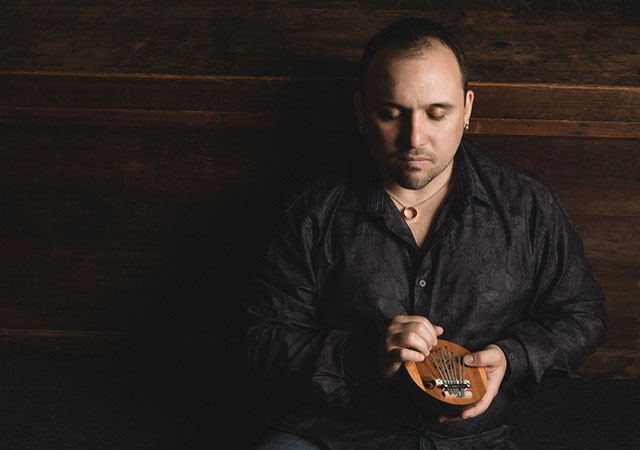 When Arturo Stable set out to compose the material for Cuban Crosshatching he asked himself the following question: What were the influences that motivated me to become a musician and what do they have in common?

Picking up where I left off in Part 1, the second-half of the show took flight with Havana Nights, a breezy, upbeat meditation on the sights and sounds of Havana (featuring Seamus Blake), followed by La Jungla (The Jungle) a tune inspired by the artistry of Cuban painter Wilfredo Lam. Arturo composed the romantic bolero (ballad) Thinking of You for his wife, Luz and Magos Herrera’s sultry and soulful voice conveyed the sentiment perfectly. Let it Be Spring reflects Edward Perez’s admiration for the rhythms of Afro-Peru (where he lived for some time) Here, Arturo played the Peruvian cajón (a boxed shaped drum) and performed a popular Peruvian rhythm called Landó. The set closed with the tune Reverence.

The performance was interesting for a number of reasons. Prior to the presentation I was not aware of guitarist Gilad Hekselman who did a superb job of filling in for Lionel Loueke. His mastery on the guitar and complex, magical solos took the audience on a journey. Magos Herrera’s sultry voice and affinity for jazz was perfectly suited to the material. Finally, it was intriguing to watch Arturo assume the role of a jazz drummer. According to Arturo, he had to think like a jazz drummer and concentrate on “comping” (accompanying) with minimal soloing in order to accommodate the band’s interpretation of his music. Arturo’s drum set, a unique percussion setup that gives Arturo the ability to explore “a diverse palette of timbers without recording any overdubs” is also worthy of mention.

At the after-party the members of the quintet as well as pianists Matt Yaple and Elio Villafranca took a moment to relax and enjoy each other’s company and debrief. I asked Arturo about his overall impression of the performance, here’s what he had to say: “I think overall it was a great success because we accomplished what we set out to do, although I did struggle a bit. Dos Y Más and Cuban Crosshatching require very different approaches, so I had to switch gears radically from playing with Elio (Villafranca) and playing with the quintet.”

As for Cuban Crosshatching, I am happy to report that the recording is receiving national and international airplay and is climbing the charts and receiving excellent reviews. Future plans include gigs in the U.S., Canada and Mexico and a follow up to Dos Y Más is in the works. Arturo currently appears as a sideman on Terri Lyne Carrington’s recording: Money Jungle, Provocative in Blue (Concord Jazz, 2013).