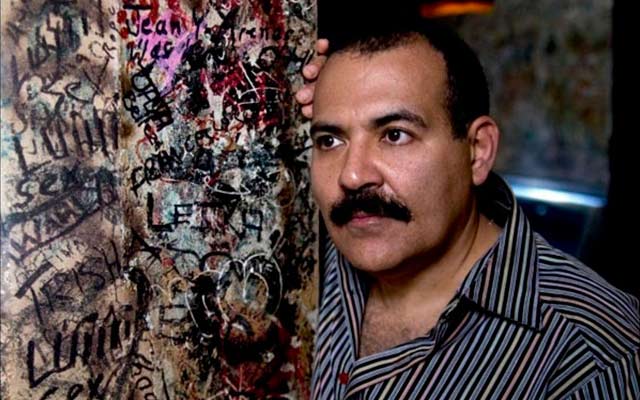 Although the extraordinary pianist Hilton Ruiz made many superb recordings in his short career, none is more iconic than Heroes and it is not simply for the stellar line-up on the disc, but for the unbridled genius of Mr. Ruiz’s playing. The album came two years after another fine album by the pianist – Manhattan Mambo (Telarc Jazz, 1992) – and many of his admirers might be tempted to prefer one over the other. In reality there is barely a line of sunlight that separates the two albums and after at least a dozen hearings of both this past week, I will cast my lot with Heroes for just the reasons I mentioned earlier. This is Latin-inflected Jazz trenchantly proclaimed and carried through in the grand manner. It is also just the reason why Hilton Ruiz’s cheerful, unaggressive energy was so impressive. It is the epitomé of pianism at its finest; formidable technical expertise and pervasive determination to confront the knottiest musical issues, caution be damned. 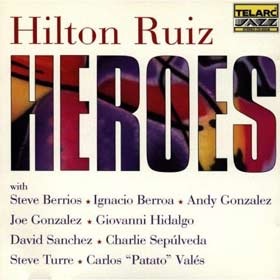 Of course the recording is shaped by the musicians whom Hilton Ruiz has attracted for this project. Involved intensity is the watchwords of this recording. This is uppermost not only in the ethos of Mr. Ruiz’s playing, but is also intensified in the performances of the playing of luminaries such as Tito Puente, Carlos “Patato” Valdés, Steve Turre, Ignacio Berroa, Andy González and, indeed, every other musician who shared centre-stage with Hilton Ruiz here. Each has helped to raise the stakes differently; each has shaped the music with his own special instrumental rhetoric, used to accentuate the nervy force of the programme, also bringing a rhythmically pliable, but expansively shaped musicianship that accentuates the spaciousness of the music.

Speaking of programmes, these nine songs could not have been bettered in any way, shape or form. Each pays tribute to some of Hilton Ruiz’s “heroes” and each is played not just with reverence, but also with a joy that underlines musical relationships that suggest a worshipfulness of equals. Best of all, after all the pyrotechnics and all of the dazzling virtuosity of pianist, horns and percussion is said and done, what remains is music lit from within by a deep, quiet, human warmth. This is rare in music of tribute where the tribute is sometimes subsumed by the technical abilities of the musicians making the tribute. And mind you, each of these musicians is an unqualified master in his own right, answerable to no one; none at all. This makes the contributions of each of the musicians to the programme all the more significant.

Of course, Hilton Ruiz is not one to hide his own abilities under a bushel. His musicianship is lit by superb technique with emotion to match. His playing is harmonically advanced and he makes his lines leap in ecstatic ellipses as befits a magnificent pianistic mind that finds release in a superbly obedient body with endless subtlety in toe. His playing is also often unadorned and informed by spare mesmeric phrasing, subtle dynamics and choices that come from his personality that enables him to dispense with the matters on hand with ripe, tumbling chords. All of this imbues this record with a certain memorability that is rare in music of dedication and, indeed in music per se. For these and other extra-musical reasons this record is an essential recording.

Hilton Ruiz (May 29, 1952 – June 6, 2006) was a Nuyorican jazz pianist in the Afro-Cuban jazz mold, but was also a talented bebop player. He was of Puerto Rican descent. Born in New York City, Ruiz began playing piano at the age of five, at age eight he performed at Carnegie Hall. While still in his teens he gigged with Freddie Hubbard, Joe Newman and others. Later, he was Roland Kirk’s main pianist from 1974 to 1977 and was featured on such records as The Case of the 3 Sided Dream in Audio Color and The Return of the 5000 Lb. Man. Ruiz also recorded several solo albums between the 1980s and 2000s. On May 19, 2006, Ruiz was found unconscious on Bourbon Street in New Orleans, where he had gone to promote a CD benefiting the victims of Hurricane Katrina. The police filed a report that he had injured himself in an accidental fall. Ruiz was hospitalized in a coma and died without regaining consciousness a week after his 54th birthday. Ruiz was a resident of Teaneck, New Jersey. He was buried at Saint Raymond’s Cemetery in New York City.