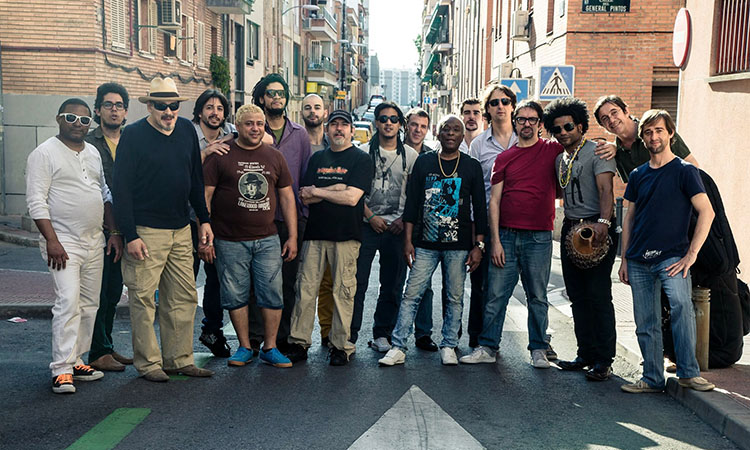 A myth among us. A historic recording.

JERRY GONZÁLEZ is a living legend, an essential element in the creation and development of the “Latin Jazz” concept from New York. Jerry has shared the stage (and adventures) with an overwhelming and endless list of legendary names from the best popular music of all time, including – to name just a few – Jaco Pastorius, Eddie Palmieri, Tito Puente, McCoy Tyner, Chet Baker, Israel Lopez “Cachao”, Dizzy Gillespie, The Beach Boys, Freddie Hubbard, Archie Shepp, Paco de Lucia, George Benson, Ray Barretto, Chico O’Farrill, Alfredo “Chocolate” Armenteros, Paquito D’Rivera, Diego “El Cigala”, Andrés Calamaro and Enrique Morente. Once again, Jerry is alongside the Barcelona native MIGUEL BLANCO, a key figure in the evolution of Latin Jazz in Spain, an exquisite musician of universal stature. Miguel rejoins his talents with Jerry González in his splendid second album for Big Band. This time, with a very special repertoire that pays tribute to one of the most daring, innovative and fundamental bands in the history of Latin jazz: THE FORT APACHE BAND, a New York legendary group formed by Jerry and his brother Andy during the 70s (last years of that decade). 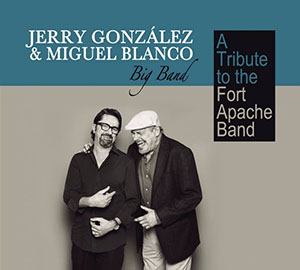 There are many elements that make “A Tribute To The Fort Apache Band” something exceptional: JERRY GONZALEZ is in a boundless artistic and creative moment that recreates the great loves of his musical life between New York and Cuba, Spain and Puerto Rico, moving from the classic to the new… and MIGUEL BLANCO, who is in a state of grace, wasting his devotee knowledge and his mastery of dazzling Latin Jazz arrangements that capture the pure essence of the genre, and the tastiness of that joyful spirit… with them, a dream band, which brings together several generations of the best Cuban musicians based in Spain (the great pianist Javier Massó “Caramelo”, the young and innovative saxophonist Ariel Bringuez, the rumbero from Matanzas Daniel Aldama…) with some of the top exponents of the Spanish Jazz scene (bassist Javier Colina, drummer Marc Miralta…).

And how could it be otherwise, the chemistry resulting from these elements is simply unique. Explosive. Great. An album that will make History.