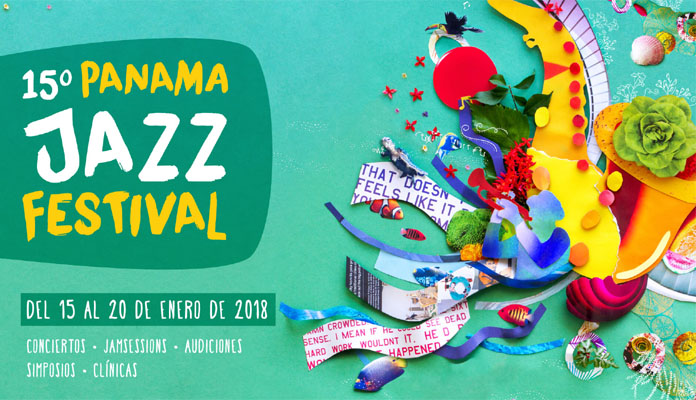 Uniting internationally acclaimed jazz artists, renowned educators and jazz fans from around the globe, the 15th Annual Panama Jazz Festival will be held January 15-20, 2018 at The City of Knowledge in Panama City, ATLAPA Convention Center and the Old Quarter of Panama City. The festival will celebrate its 15th anniversary, the establishment of the jazz festival as a decree of the country, and the building of a new space to expand the social programs of the Danilo Pérez Foundation.

Furthermore, the festival will host the 6th Latin American Music Therapy Symposium, bringing music therapists from Chile, Argentina, Panama, Venezuela, Costa Rica, Colombia, USA, Canada, among other countries to present on the therapeutic effects of music; and the 2nd Symposium of the cultural, artistic and musical expressions of the Afro-descendants of Panama.

Since its inception in 2003, the Panama Jazz Festival has attracted over 300,000 jazz fans worldwide and announced over 4.5 million dollars in scholarships on an international level. Its educational component brings 5,000 music students from all over the world every year and in 2018 the festival expects over 30,000 people from all over the world to attend.

Participating educational institutions include Boston-based institutions, Berklee College of Music and the New England Conservatory, which will be holding auditions for admission and scholarships. Other institutions include the Thelonious Monk Institute, Crossroads High School, and New York Jazz Academy. The Berklee Global Jazz Institute will hold master classes, perform social work with Panamanian youth and perform in various settings throughout the festival. Berklee will repeat last year’s innovative program where students will earn college performance credit for the college.

The festival is produced by Panama Jazz Productions to benefit the social programs of the Danilo Pérez Foundation with the help of Panama’s National Institute of Culture (INAC), National Tourism Authority (ATP), BAC Credomatic, Panama City Mayor Office, City of Knowledge, Copa Airlines, Alamo Rent a Car, Cable and Wireless, Embassy of India in Panama, Embassy of Israel in Panama, Embassy of Panama in Egypt, and many others.