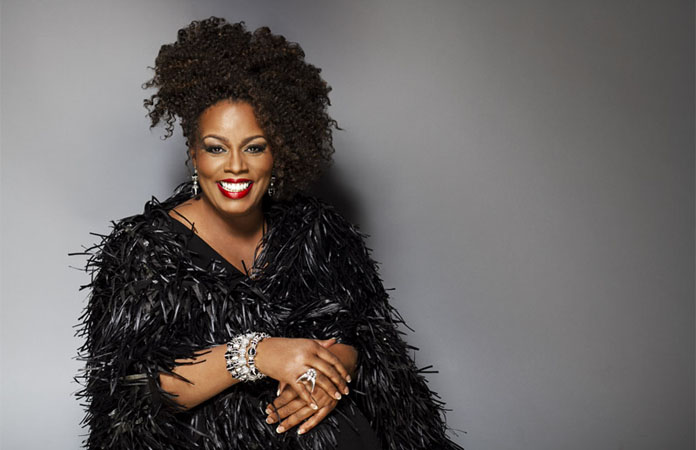 Dianne Reeves’ powerful, expressive voice has made her one of the pre-eminent jazz vocalists in the world. Heard live, the effect is that of a force of nature. With Billy Childs (piano), Romero Lubambo (guitar), Reginald Veal (bass), and Terreon Gully (drums), is an evening of vocal jazz classics and Christmas favourites.

Dianne Reeves is an artist who embodies jazz’s enduring values of elegance, class and improvisational poise, she has won a string of Grammy Awards, including an unprecedented three consecutive Best Jazz Vocal Performance awards plus another for her contribution to the soundtrack of George Clooney’s film, Good Night and Good Luck. Her recording, Beautiful Life, won the 2015 Grammy Award for Best Jazz Vocal Album, melding jazz with elements of R&B, pop, and Latin music. Reeves is a performer with a gift for imbuing any performance space with the intimacy of a living room, who always gets to the heart of a song.

“Dianne Reeves is one of our generation’s definitive jazz masters, a vocal stylist of extraordinary skill and vivacity.” (Huffington Post)

“She roams and explores, growls and catches at notes and phrasings. It is this audacity that makes Reeves’ voice an awesome instrument.” (People)