With a style that captures the essence of Spanish Harlem in the 60s and 70s, Willie Bobo became a unique and celebrated artist that went on to inspire jazz, breakbeat, and hip hop pioneers alike. His music has been covered and sampled by artists such as the Beastie Boys, DJ Shadow, Chet Baker, and Santana. This latest addition to his catalog is one in which we have worked with his family to curate. It’s a wonderful introduction to Bobo’s legacy as much as it is a lovely addition to any Latin Jazz lover’s collection.
– Nacional Records

“Having an opportunity to share this music is a true gift.  My father released 14 solo albums and though it’s been over 30 years since his passing, his music continues to
be enjoyed around the world. Discovering these tapes in my mother’s closet was an amazing moment because for me, it began a rediscovery of my father through music I had never heard before. It was a chance to share this unheard music with his fans who both enjoyed and missed him and for new fans to discover his genius. My family and I want to thank Tomas Cookman & the staff of Nacional Records for the huge support and vision for this project & Mario Caldato Jr. for we couldn’t trust anyone else to mix & co-produce this album with more love & guidance than he did. Enjoy the sounds of Willie Bobo!!” – Eric Bobo

“Dig My Feeling adds yet another dimension to Willie Bobo’s music and legacy. It will entice you to revisit his past recordings and make you marvel at his acumen as a trap drummer, percussionist, vocalist, groove master and visionary.” – Tomas Peña 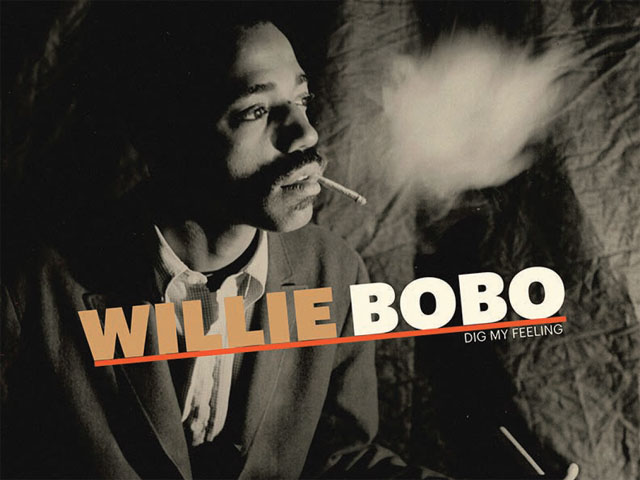