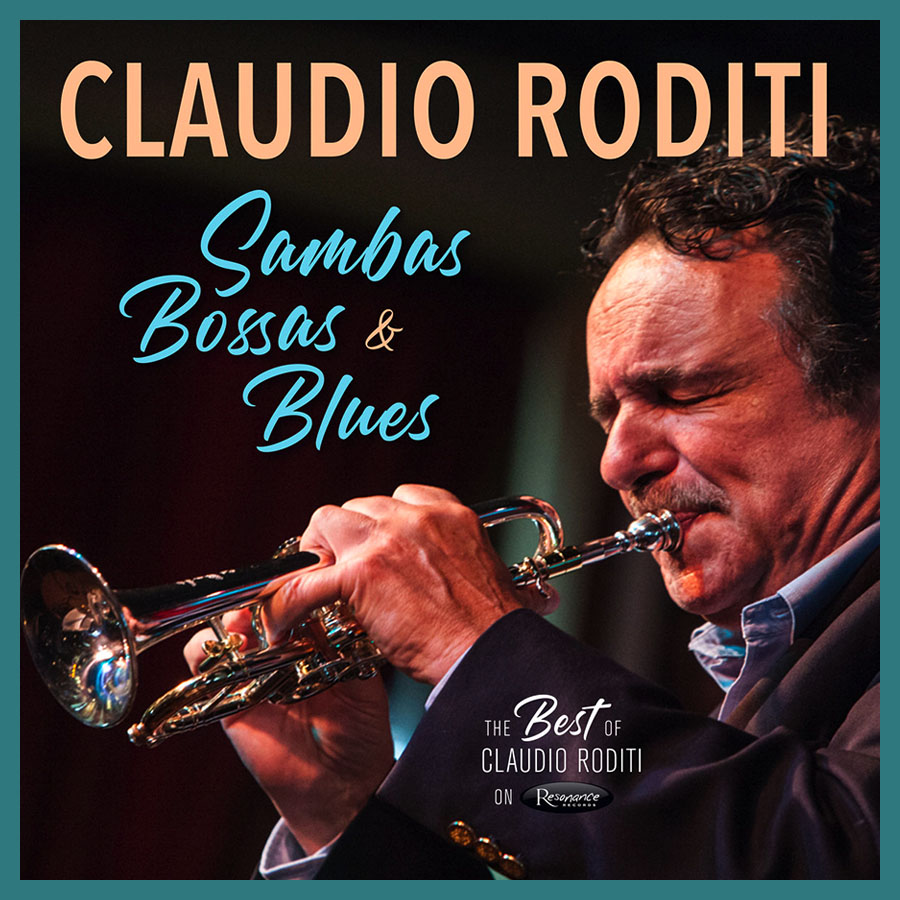 Sambas, Bossas & Blues: The Best of Claudio Roditi on Resonance captures 15 of the most essential tracks recorded for the label compiled from his 3 albums [Bons Amigos, Brazilliance x4 and Simpatico]. AllMusic.com called Roditi, “One of the very best performers in jazz.”

The Brazilian-born jazz trumpeter most celebrated for his impeccable technique, warm sound and lyric playing passed away in January 2020. For over 40 years he was a force on the New York jazz scene, combining post-bop with Brazilian elements. Over the years he worked with McCoy Tyner, Herbie Mann, Paquito D’Rivera, Dizzy Gillespie and others. He recorded over 20 albums as a leader, with his last 3 for Resonance. His album Brazilliance x4 featured an all-Brazilian rhythm section and was nominated for a Grammy for “Best Latin Jazz Album.”