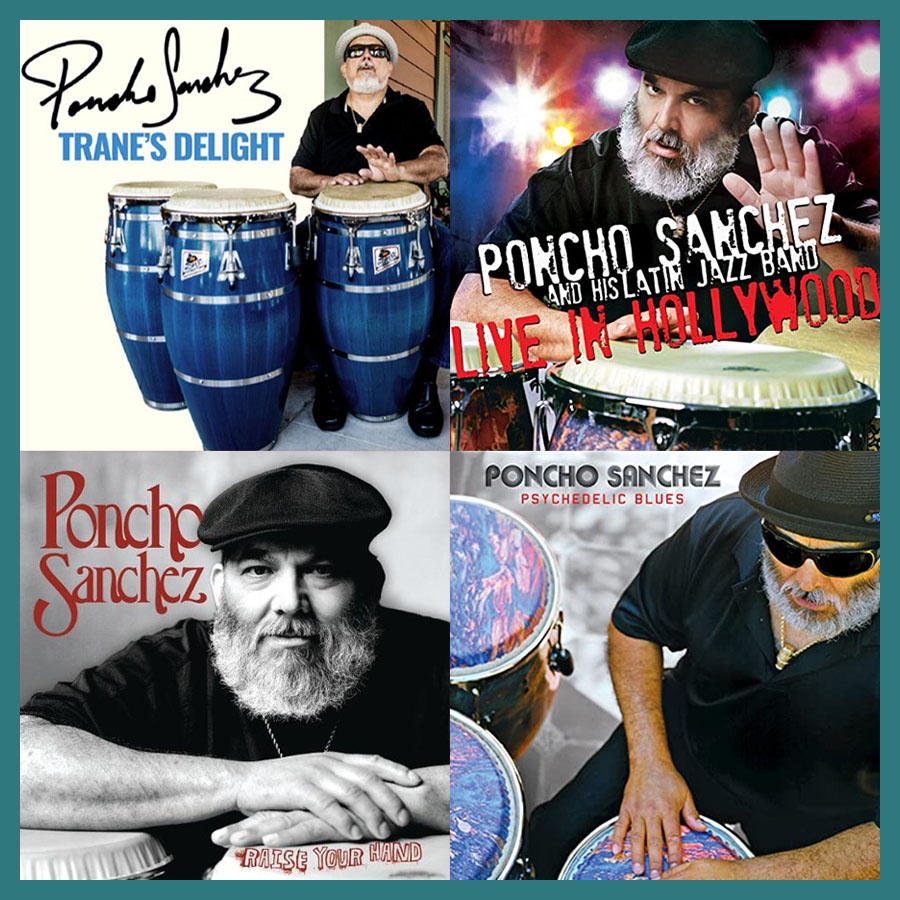 Poncho Sánchez is a Mexican American conguero (conga player), Latin jazz band leader, and salsa singer. In 2000, he and his ensemble won the Grammy Award for Best Latin Jazz Album for their work on the Concord Picante album Latin Soul. In 1975, Poncho Sánchez’s idol, vibraphonist Cal Tjader, invited him to perform a set with his band. Seeing the young man’s talent, Tjader hired Sánchez for a week before officially making him a full member of the ensemble. Sánchez played a crucial role as conguero for several years until Tjader’s death in 1982. Before he died, Tjader suggested that Concord Records founder Carl Jefferson sign Sánchez and his soon-to-be-formed group under the Concord Picante label. Tjader’s wishes were honored, and the first two records were composed and arranged by long-time Tjader collaborator Clare Fischer. Sánchez went on to produce 19 albums for the label, garnering a Grammy for his work.