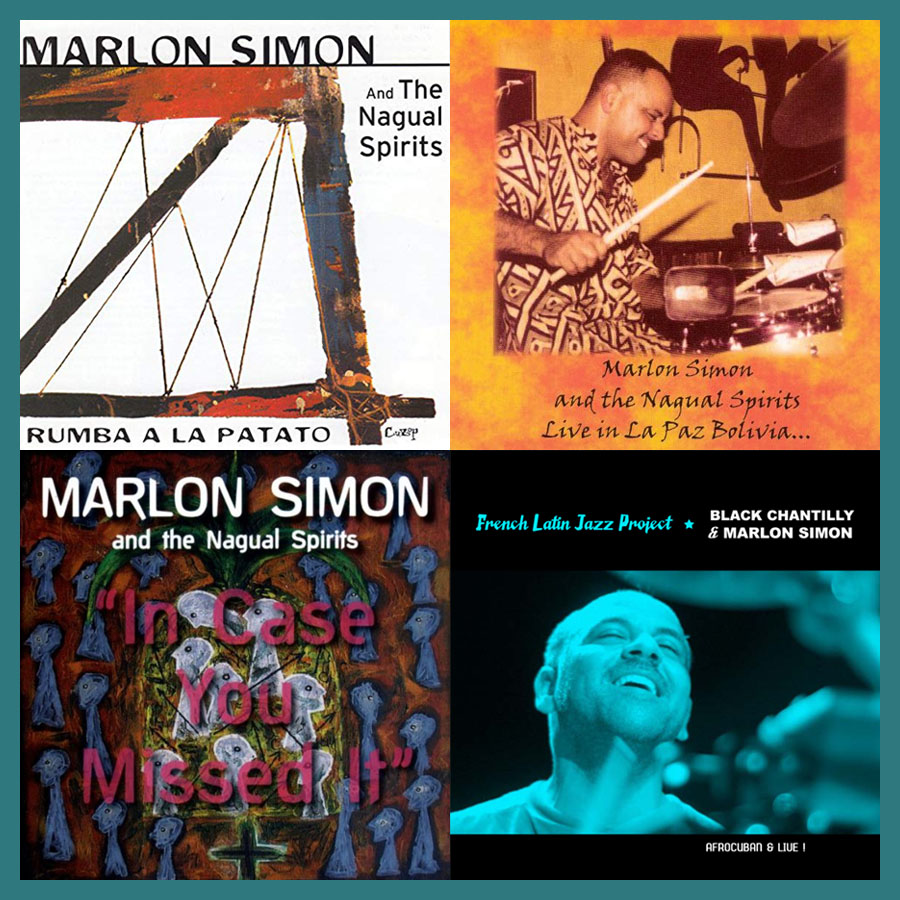 After working for several years as a side man for such luminaries as Hilton Ruíz, Charles Fambrough, Chucho Valdés, Jerry González , Dave Valentín and crossing boundaries to Aretha Franklin and Peter Cetera, Marlon Simon formed his own band selecting the finest Latin Jazz musicians from New York City. With The Nagual Spirits, Marlon got the opportunity to showcase his talents as a composer and drummer, defining a distinct approach to Latin Jazz. Marlon Simon and The Nagual Spirits were selected by the USA Department of State to present international concerts representing the highest quality and integrity of musical art forms born in the USA. They have released four internationally acclaimed albums: The Music of Marlon Simon (K-Jazz), Rumba a la Patato (Cubop/Ubiquity), Live in La Paz, Bolivia (Intrigue Productions) and In Case You Missed It (Jazzheads).