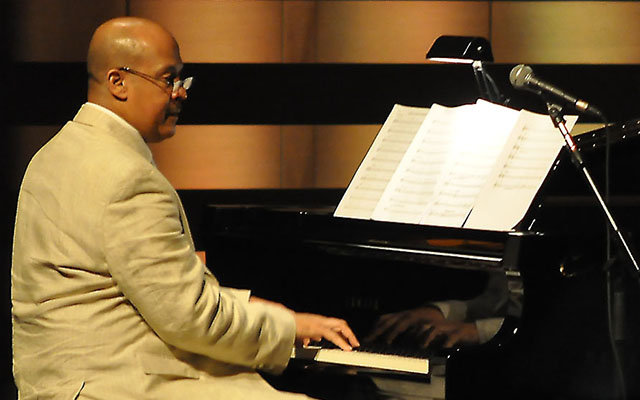 Grammy Award-winning sax master Paquito D’Rivera joined internationally renowned pianist and arranger Hilario Durán with his big band of 20 stellar Latin jazz artists. The concert took place on Saturday, May 5, 2012, at the magnificent Koerner Hall, Royal Conservatory of Music, in Toronto, Canada. Hilario Durán is one of the world’s most innovative creators of Afro-Cuban music and he’s at the forefront of Latin jazz. On Saturday night he didn’t dissapoint his audience. It was an electrifying show captured on images through the lens of Atael Weissman.