“Edsel Gómez’s Road to Udaipur is a sumptuously laid out album. Not only is the package bursting with myriad colors, but so is the music. Mr. Gómez’s palette is broad and bottomless. Colors seem to spring from nowhere and before you know it you are swathed in a diaphanous musical tapestry that is both fantastic and palpably beautiful”. Raul de Gama – Editor/Journalist, Jazzdagama.com

In Conversation with Pianist, Composer, Arranger, Citizen of the World, Edsel Gómez

Tomas Peña: Congratulations on the new album, Road to Udaipur.

The music reflects your status as a citizen of the world. Also, it marks your 50th birthday and a pilgrimage to India.

I went to India on a spiritual and musical pilgrimage without a set schedule and, to my surprise my birthday coincides with the celebration of Krishna’s birthday. I had no clue.

Before we discuss Road to Udaipur, talk to me about growing up in Puerto Rico and how you shared the stage with the likes of Marvin Santiago, Celia Cruz, Cheo Feliciano, Roberto Roena and Willie Colon (among others) at a young age.

I have two elder brothers and a sister. My sister used to play the piano, organ and harp. I don’t recall this, but my mother tells me that I tried to imitate what she played.

Do you recall what she played?

Forever! That’s what got me started.

As a kid, my friends and I made instruments from whatever was available. We played the congas, timbales, bongos, and we learned to feel and understand the clave. I grew up in a very musical environment, the members of Orchestra La Mulenze rehearsed three blocks away, and the music of Eddie Palmieri, Sonora Ponceña, and Roberto Roena (among others) was everywhere.

One day my brother said, “I’m going to bring this guy to see you rehearse.” The guy showed up and hired me on the spot. He had a band called Mario y Su Salsa Latina. At the time, I didn’t even know the difference between a major or minor chord because I was studying classical music. I remember going to the rehearsals and seeing piano players who were a thousand times better than me, but he chose me because I was a minor, and he didn’t have to pay me. Eventually, I figured out the difference between major and minor chords, actually thinking, if the 3rd moved up it must be major and if it moves down it’s a minor. We played at cultural centers, dances, weddings and local events. The exposure led to gigs with other bands, such as Marvin Santiago.

When I turned sixteen and got my driver’s license my father allowed me use his car to get to and from gigs. At the time, I was playing with three or four bands and running from gig to gig. I’ve always been a fan of Willie Rosario’s band, so I asked his pianist, Javier Fernandez to give me lessons. He took me under his wing and taught me how to play for the public and about harmony and arranging. That was a big part of my musical upbringing.

By the time I graduated from high school, I was playing with a bunch of bands in Puerto Rico. One person who was a mentor to me was José Febles, the arranger for Hector Lavoe and Fania Records. I met him when I joined a band called La Diferente led by Rafael Valenzuela aka “Rafi Val.” He and José Febles had jazz minds. They loved John Coltrane, Bill Evans and they introduced me to Brazilian music. Rafi never paid me a dime, but he broadened my horizons.

You’re a graduate of The Berklee College of Music. How old were you when you arrived at Berklee?

I was seventeen. During the first semester, I was in a practice room, and someone knocked on my door and said, “I heard you are Puerto Rican and play salsa. We have a gig tonight.” The person was Dr. William Cepeda, who later became my roommate. He was there before me, and he knew people in the Puerto Rican Boston community.

I spent five years at Berklee. While I was there, I met Celia Cruz, Humberto Ramirez, Frankie Perez, Wynton Marsalis, Branford Marsalis, Donald Harrison, Claudio Roditi and the Brazilian trombonist, Raul de Souza among others. He and I recorded the album, The Other Side of the Moon in 1993 (RGE Records). In the credits, I’m listed as Edsel Gómes.

To my surprise, it’s available. I found a used copy (CD) online.

You earned a Bachelor Music Degree and received a Count Basie Award for outstanding musicianship. Also, you expanded your performance credits by working with Gary Burton, Claudio Roditi, Bill Pierce, Don Byron, Jerry González, and Chick Corea, among others. You also performed with Chick at the closing of his residency (at Berklee), and he became your mentor.

Yes, in my opinion Chick is one of the greatest musicians in the world.

My ex-wife and mother of my sons is Brazilian. We married and lived in New York and Puerto Rico briefly then moved to Brazil. I worked as pianist, composer, arranger, conductor and performed with many renowned Brazilian artists and managed a recording studio and production company.

I understand you are an “Honorary Brazilian.”

I’m blessed to have so many friends around the world.

You also have two sons.

My sons, Edsel Daniel, and Dennis Robert are my life. I love them dearly. I left Brazil and moved to New York so I could strive to pay for their education. There were many difficulties, but my eldest son finished high school and earned a full scholarship to study Physics in Germany, where he now resides. My youngest son lives in Brazil. He is finishing his Degree in Russian Literature and is a gifted classical pianist.

I’d like to share a story with you. I was on a six-week tour with Dee Dee Bridgewater. During the tour, we have free days every four or five concerts. As it turned out, one of my days off coincided with my son’s arrival in Dusseldorf, Germany (for his studies). While I was waiting for the plane to arrive, a man asked me if I was Danny’s father. Turns out he recognized me from photos. The man was my son’s teacher, and he was there to pick him up and take him to his new home. I accompanied them to Gelsen Kirchen, where my son stayed during the first year of his studies, and I visited the University and his home. Then I jumped on a train and made it back in time to meet the band for dinner. The next day the teacher, my son and a few of his friends came to Dee Dee’s concert. I ask you, what are the chances of that? I don’t mean to preach, but it’s proof that God is in my life. It was Divine Intervention!

That’s quite a combination. Do you have any idea what path he’ll choose?

At the moment he’s a translator for a publishing company, and he’s finishing up his degree. I encouraged him to finish college. His dream is to go the Royal Academy of Music in London and pursue classical piano studies.

You mentioned earlier; you returned to New York to pay for your sons’ education.

While I was on tour with Don Byron, we stopped in New York, and I ran into David Sánchez, who had just released The Departure (1994). I sat in with his band, and I mentioned I was thinking of returning to New York. After the tour, I returned to Brazil, and I received an invitation to join his band.

It was a great band. I followed the group from venue to venue. I’m not sure if Miguel Zenón started out with the band or joined the group later but he and David together were dynamic.

Miguel is a fantastic musician.

When I arrived in New York, I bought a beeper (before cell phones). As I came out of the store I ran into percussionist Richie Flores, who I knew from Puerto Rico. I gave him my number and took the subway. By the time I arrived at my destination, there was a message from bassist Joe Santiago, offering me a steady gig with Carlos “Patato” Valdéz’s band. We played four nights a week at a place called Bistro Latino on 54th Street and Broadway in midtown Manhattan. The band recorded Patato’s El Hombre (2004).

I remember it well. It was a spacious restaurant and performance space on the 2nd floor, overlooking Broadway. 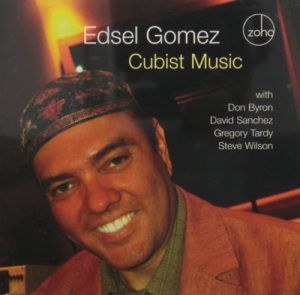 Let’s talk Cubist Music, which was nominated for a Grammy and drew from Picasso’s Cubist art. Writer Tad Hendrickson wrote, “This is music where little melodies abound like gifts under the tree: each one is unwrapped, played with and then set aside for the next.”

I’m very grateful the album was well received. Part of the album was recorded in Brazil; that’s why I call it, The All Inclusive Musical Brotherhood I’ve had so many musical and spiritual experiences and made so many friends all over the world.

I was going to inquire about the nine-year gap between recordings but after speaking with you the answer is obvious. You’re in high demand and always on the move.

Thank you. That’s what I strive for.

I spent quite a bit of time in Bamako, Mali. Also, I recorded an album that was never released.

What’s the name of the album?

Mali Jam. We had some free time. Me, a French sound engineer from Paris and musician, composer, arranger Cheik Tidiane-Seck and a group of African musicians. We recorded the album in one day.

Here’s a Cheik anecdote: Every morning we went into the studio, and I’d greet him with, “Good morning my brother,” and he’d reply, “Good morning my friend.” One day I went into the studio and said, “Good morning my brother,” and he replied, “Sidiki Kouyate is your African name.” Sidiki means “warrior,” Kouyate is the last name of the first family of griots in Mali. The griots are responsible for preserving the music tradition and history, from making the instruments to playing and teaching the history as it is shared orally and musically through generations. After that, the African musicians opened up to me. It was an incredible experience.

My next New York City performance will be with Jerry Gonzales and the Fort Apache Band at the Blue Note New York, September 1st to 10th. I’m working on organizing the release party for Road to Udaipur. I leave tomorrow for Amsterdam, where I’m performing at the Rijks Museum on June 10 and 11 at the Amsterdam Hilton, private events. Then I leave to Argentina and Brazil, I play solo piano in festival called “Piano, Piano” in Buenos Aires and do master classes then other concerts in Brazil and return to New York shortly before the Blue Note week.

Thank you for taking time out of your busy schedule to speak with me. Safe journey. See you at the Blue Note! 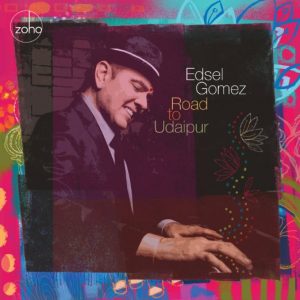