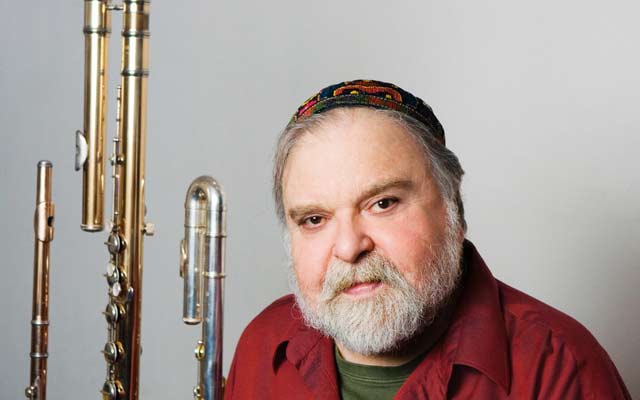 The following is an excerpt from an interview I conducted with Mark Weinstein in 2006. I met Mark at El Taller Latino, a community center and performance space on Manhattan’s Upper West Side, where he was working on the material for the album, Algo Más (2005).

Between sets, I introduced myself and purchased a copy of Cuban Roots. After reading the liner-notes and listening to the album, I was intrigued by the back-story and the events leading up to Cuban Roots Revisited.

It’s worth noting, when the recordings were released neither of them were commercially successful. Today the Japanese (vinyl and CD) pressings of Cuban Roots are collector’s items that sell for over one hundred dollars and Cuban Roots is receiving the recognition it deserves.

Beyond the fact that the music is Afro-Cuban sacred music, treated instrumentally with a jazz interpretation, according to Weinstein, “Cuban Roots is a story about ancestors and their spirits. These spirits have become blessed and enshrined in the lives and art of all creators and performers of African-based music, dance, drama, poetry and in the rest of the arts and literature which they inspire. The results of sincere communion with these spirits are expressions of beauty and the light of truth about man’s relationship with the Almighty.”

Since 2006, Mark has released ten recordings as a leader, the most recent being the highly acclaimed In Jerusalem. As always, Mark remains creatively restless. Every recording he creates is an adventure into the unknown.

Tomas Peña: You’ve said that you don’t think of yourself as playing Cuban music. You reinterpret the music through the heart and ears of a jazz musician.

Mark Weinstein: Two things are pretty obvious from the three versions of Cuban Roots when contrasted with much of Latin jazz. The first is that my music is rooted in deep Cuban folkloric traditions. The second is that the music has very little to do with mainstream Cuban dance band music or salsa or even most Latin jazz (no drums, no timbales). Also, I don’t play charanga style flute. But most important I don’t feel constrained by what is going on around me in popular dance music or even contemporary Latin jazz. I play how the music moves me, and I am a jazz musician, heart, ears, soul, and chops. I am a jazz musician brought up in the 60s when jazz musicians were expected to be innovators.

TP: After so many years as an established jazz trombonist, what prompted you to switch to the flute?

MW: I was bitter after Cuban Roots came out. I got almost no airplay and the guys I looked up to, Barry Rogers and Eddie Palmieri, never really gave it any energy. I played for a minute with Mike Bloomfield and Buddy Miles and got an offer to put a horn section together for Janis Joplin. I turned it down and turned my back on the music business. When I started playing again, my standard line was, the flute will keep me out of the music industry, which compared to trombone is certainly true. But, if the truth is to be told, in 1973 I went to Greece, and here I am on this nude beach, and there are two guitar players and a flute player in the middle of this circle of gorgeous people. And I said to myself, “Put your self in that picture.” The next summer I went back to Greece with a flute.

MW: I had been working with salsa bands for some time, and I was always intrigued by folkloric percussion, which I thought would be suited to free jazz soloing because of the internal complexity of the patterns. I had some source albums of folkloric material that Barry Rogers had turned me on to, so I picked the strongest melodies and made a demo of three charts with friends, including Edy Martinez on piano and Phil Newsum from Larry Harlow’s band on drums. Al Santiago, of blessed memory, had the courage to let me record the album for Musicor Records.

TP: The album was recorded in one three-hour session, and all the tracks are complete first takes.

MW: At first none of the drummers would touch the project since playing toque de santos with jazz instruments seemed sacrilegious. But when Julito Collazo said he would do it I was able to get the most knowledgeable drummers in the city, although they played conga drums rather than batá. I picked Arnie Lawrence to play alto since he is a mambo dance instructor and a demon alto player. I knew that he wouldn’t be thrown by the rhythm. Mario Rivera was the baritone sax player in the music and still is. Chick Corea was playing with me in Herbie Mann’s band, and I know he had the best timing and the best ears. Bass was a problem since I needed someone who would stay out of the way of the drums and who had an open mind. Bobby Valentin had just switched from the trumpet to the bass, and I had enormous faith in his musicianship. I wrote the charts with plenty of room for blowing. We had one rehearsal and played the entire album in one session. At the very end, I saw the head of Musicor Records screaming at Al Santiago, but the date was already in the can and with very little mixing or concern for the sound it was released.