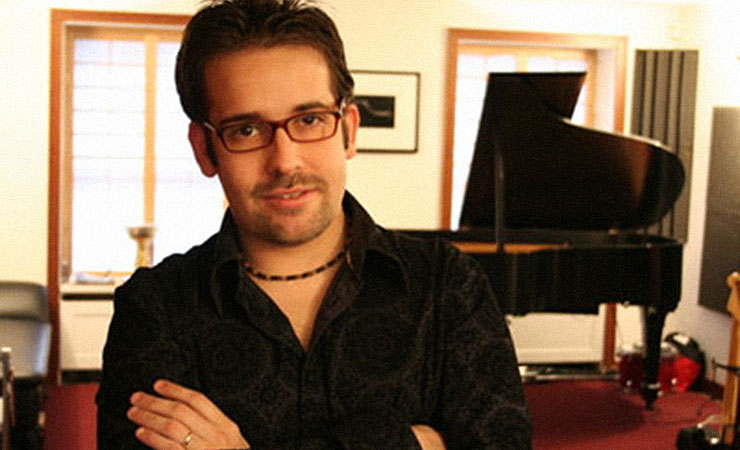 Raul da Gama: Let’s begin at the beginning… What was it like in the beginning in Cuba? Where did you start; what did conservatoire in Cuba mean for you?

Manuel Valera: I joined the conservatory Manuel Saumell when I was 9 years old. I was one of two kids who were admitted that year for saxophone. Yes, saxophone!!! It seemed like a great idea at first. My father Manuel Valera (Sr.) at the time was a prominent saxophonist in Cuba and watching him inspired me. Unfortunately about 6 months in the conservatory I realized I had made a horrible mistake in choosing the saxophone. In Cuba everyone must learn piano (Complimentary Piano is the name they use) as part of his or her studies. Once I started playing the piano I had a connection with the instrument and everything was much easier for me to learn than the saxophone. I had to continue with the saxophone though so until I was 13 I played both instruments.

Did you do a lot of playing in Cuba? Tell me what it was like—the ensembles and musicians you played in/with and so on?

I came to the states when I was 14 so I didn’t do a lot of playing in Cuba. The only group that I’d play with once in a while was in my father’s group whenever his regular pianist couldn’t make it. That was lots of fun!

Is there “intent” that guides you in your music making? What is it that makes you want to make music?

Music for me is deeply rooted. Since I was a little kid music is all I’ve done and the thought of doing anything else never really crossed my mind. It is a very natural process for me. I feel that my environment fuels the music I play and compose too.

How does this “intent” find expression in your music? For instance how does it all tie in with The New Cuban Express?

The New Cuban Express is a perfect avenue for me to write and perform. The band melts the elements that also fuse in my playing: Afro-Cuban folkloric music, timba, straight-ahead Jazz and 70s fusion. The musicians in the band are versed in these genres and we all share similar interests in these styles. I’m really happy with the sound and vibe we are getting.

How different is this to your solo project?

Who would you say was the most influential musician in your life? Has this changed for you over the years?

My first influence was my father of course. He was the first to introduce me to Music and later Jazz. Himself a jazz musician he imparted a lot of knowledge on me. As far as other musicians I have to say that some of my biggest influences on the piano are Chick Corea, Herbie Hancock and Emiliano Salvador. As far as composers go definitely Wayne Shorter, Thelonious Monk. Maurice Ravel and Dmitri Shostakovich are also high on the list.

How does this all tie into the earliest music you played? Do you believe that you still express yourself in Afro-Cuban idioms and metaphors?

One time I was doing a gig with Paquito D’Rivera and we were playing some of my tunes and he told me that he felt the clave in all of the music I write, and I have to say that I agree with him. Obviously this is a subconscious thing that I do but after he told me I started noticing it a lot more. The Afro-Cuban music has always had a very strong connection with Jazz. If you listen to Elvin Jones playing those slow triplet tempos with Coltrane… that sounds like Cuban folkloric music to me.

I would like to focus on the other aspects of music making: For instance Cuban music is, at its root Afro-Caribbean. It is hard to keep spirituality out of the essence of Cuban music. Do you see this as an essential part of your own experience as a Cuban-born and raised musician?

I’m not a religious person so keeping the religious part out of the music is not a problem for me. However, I am and will always be a student of that music and Yoruba culture really interests me. When I was growing up even though the folklore was all around me I never got involved. My family wasn’t into that at all so that limited my exposure to that culture. I’ve had a lot more exposure in New York. Yosvany Terry and Mauricio Herrera are good friends and members of the NCX who are also immensely knowledgeable in Afro Cuban folklore and eager to pass it on too! 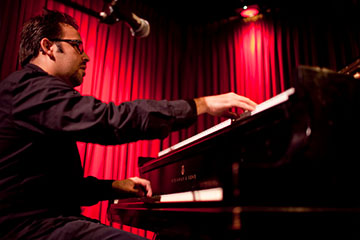 Do you still carry the love of certain great Cuban musicians with you?

Yes, of course. Cuba has given the world some incredible musicians over the years. Pianists such as Emiliano Salvador and Frank Emilio Flynn, percussionist Changuito and Tata Güines, Juan Formell of Los Van Van, Chucho Valdés and Irakere. These people have influenced me in a very special way and have also had a special influence on the music that I write for the New Cuban Express. Cuba has also a great tradition of classical composers; Ignacio Cervantes, Ernesto Lecuona and Alejandro Caturla are some of my favorites. I always found it fascinating how they composed classical music without losing their Cuban essence.

Now I would like to talk about composition: How do you approach musical composition?

My approach to composition is quite methodical. I really like the development of ideas and phrases. I always tell people composing is like playing an instrument. In order to get better at your craft you have to study and practice. Of course you need inspiration too, but I feel that will only get you so far. I make a point to write every day when I’m at home. I’m often working on something. It could be a tune for the New Cuban Express, a chamber piece or an arrangement or composition for somebody else. If you compose all the time you also have to rely on your compositional tools. I feel that there are quite a bit of people that write jazz tunes today that don’t have a lot of tools, just ideas that most of the time are not developed to their fullest. Like playing an instrument… It takes time and practice. Also the more you do it the easier it is to recognize what you are hearing in your head!

Do you use the piano exclusively? What I mean is: Perhaps you might imagine a rhythm (or rhythmic figure) that haunts you and provokes the beginning of a composition… would you in this instance see yourself using a conga to assist you in composition?

I use the piano or no instrument sometimes too. A lot of the stuff that I write I have floating on my head so sometimes having the piano is not necessary. I also make a point of writing drum grooves for the tunes in NCX, at least if I have a bass drum/snare pattern that I’ll like to use.

Many composers like to “suggest” a composition rather than write it down. Are you one of those kinds of composers?

Most of the music I write is written down. The conceptual aspects happen over the written music. I like freedom from my band members over the structures that I set up.

How do you communicate “feel” when you address a composition with your musicians? Is it hard? Do you play the “feeling”? Is this sometimes not enough? I know a lot of composers who tell the story of the composition often relating the relationship of the various characters in the story… How does this work for you?

I don’t like referring to other musicians when I want a certain feel: For example: Play this like Jack DeJohnette etc. I think that can limit what the musician in your group can bring to the music. Because then it does come or become sort of an imitating vibe which I don’t like. I’ll say “play it looser”, “tighter groove”, “I want this to be more earthy”, “swinging” etc. For me and the NCX that works better. There is only one Jack DeJohnette!