Manuel Valera: The wunderkind of the New Musical Express on music and life

Although it may not have happened that way, pianist Manuel Valera seems to have burst on the New York music scene. Of course he was born in Cuba, but then—it seems—he appeared in New York as if by magic, announced his genius and began to sub with some of the finest musicians in the city. His roll call includes such a stellar cast as Arturo Sandoval, Paquito D’Rivera, Brian Lynch, Dafnis Prieto, Jeff “Tain” Watts, John Benitez, Samuel Torres, Joel Frahm and Yosvany Terry among many others. 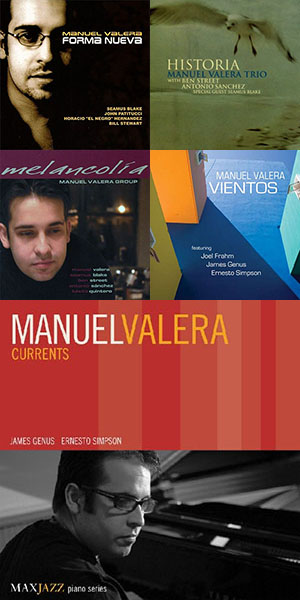 Mr. Valera made his American recording debut in 2004 with Forma Nueva (MAVO) a critically acclaimed recording that featured John Patitucci on bass, Horacio “El Negro” Hernández and Bill Stewart on drums and Seamus Blake on alto saxophone. This was followed, a year later, by Historia (Fresh Sounds New Talent), where Mr. Valera was accompanied by another exquisite quartet comprising drummer Antonio Sanchez, saxophonist Seamus Blake and bassist Ben Street. His third release was Melancolía (MAVO), again a year later. This album was conceptually different from all of his other work and here the pianist employed a string quartet incorporating rhythms from across the world with classical concepts, executed in the jazz idiom. Vientos (Anzic, 2007) represented a new working quartet and featured bassist James Genus together with drummer Ernesto Simpson, saxophonist Joel Frahm and a woodwind quartet. This album was also critically received. His fifth recording also featured James Genus and Ernesto Simpson and was called Currents (MaxJazz 2009) typical of Mr. Valera’s never-ending musical journey and suggesting the ocean of sound that brought him from Cuba to the USA. 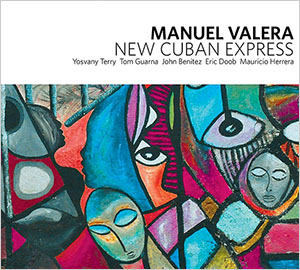 The breakthrough seems to have come when Mr. Valera formed his latest venture, the New Cuban Express (NCX). His first self-titled recording on MAVO, with this ensemble—featuring Yosvany Terry on alto saxophone and chékere, Mauricio Herrera on percussion, Eric Doob on drums, John Benitez on bass and Tom Guarna on guitar—earned him a Grammy nomination in 2012. This album, New Cuban Express is Cuban-American pianist, Manuel Valera’s attempt to redefine his relationship with Cuban music including the classic Cuban son and bolero as well as the more popular danzón and rhumba. As a matter of fact, all the music that the pianist has composed for this performance is infused with the spectacular energy and emotion of those forms and is re-imagined in the rhythmic realm of more contemporary music. There is a distinct homage to the so-called fusion of the idioms and improvisational complex architecture of jazz and the more urgent and simplistic rock rhythms. All this is enshrouded in the swagger and melodicism in the bass as well as in the backbeat of tumbao. It is in this wonderfully edifying hybrid that Mr. Valera and his ensemble is able to expand the vocabulary and language of Afro-Cuban music, brimful with interesting changes in time signatures and abrupt chord changes. 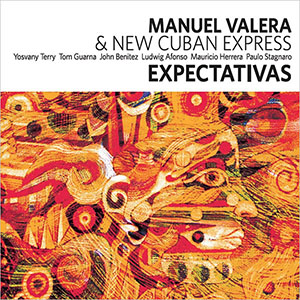 This album was followed up with Expectativas. Here Manuel Valera and New Cuban Express seem to have picked up from where they left off. This album has the same vigor and the same energy as its Grammy-nominated predecessor. And while Mr. Valera may be continuing in that vein: that is the innovative use of Afri-Cuban rhythms to forge a new relationship with the idiom of jazz, this record, Expectativas brings something new. This is a rather visceral energy that bubbles and boils over in the underlying rhythmic inventions, but that is topped over by a more sophisticated polyphony that bathes the harmony, while the rhythm continues to agitate and excite what music is made in that proverbial crucible. It is like an exotic hydrocarbon produced when the elements are churned in a vessel, that being the piano of Mr. Valera. Immediately the wonderful throb and exquisite swaggering dance by the instruments—chiefly that of that other ingenious musician, Yosvany Terry, who yowls and yelps on soprano saxophone; growls and wails on alto and spikes his music with masterful percussion colours on the chékere. 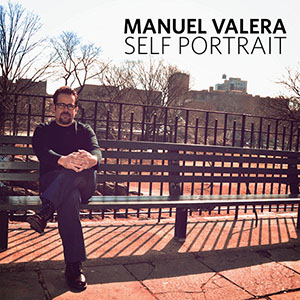 Following this second critically acclaimed NCX album, however, Mr. Valera seems to have made another strategic turn in a different direction. He has just completed work on Self Portrait, a solo record. “It seemed like the right time,” he says. The album is being polished as we went to press. It is a ponderous album, full of exquisite expression, breathtaking dynamics and rich in metaphor. While speaking about this recording, Mr. Valera also chose to talk about a wide range of subjects about his early life and early influences as well as his philosophy on music. In everything he did Mr. Valera was extraordinarily lucid, Like his soli, his answers were brief, but extremely telling about everything from his life to his love for music; from composition to performance and communicating with musicians. Here is that interview in its unexpurgated form.