As part of the Royal Conservatory 2012-2013 Season, ¡Qué Rica Cuba! Series, the Alfredo Rodríguez Trio makes an appearance at Koerner Hall in Toronto on Saturday, November 17 at 8:00 pm.

On the second part of the show, three-time Grammy nominated timba band “Tiempo Libre” also returns to Koerner Hall (see our interview with Jorge Gómez, leader and musical director of “Tiempo Libre”) for an amazing and unforgettable double bill.

I had the chance of talking to Alfredo recently about his concert in Toronto, about his music and some other topics of interest for our visitors.

Cuban pianist and composer Alfredo Rodríguez was born in Havana, Cuba. He began his formal music education at seven. In 2006, he was selected to play at the Montreux Jazz Festival where he met Quincy Jones, who immediately wanted to work with him. He made his professional debut in the United States at the Playboy Jazz Festival at the Hollywood Bowl, opening for Wayne Shorter. Since then, he has appeared at events such as the SXSW Music Festival, the Detroit Jazz Festival, Monterey Jazz Festival, Newport Jazz Festival, and the San Francisco Jazz Festival, as well as at international festivals including the North Sea Jazz Festival (Netherlands), Umbria (Italy), Montreux (Switzerland), Mawazine (Morocco), Mundo Latino (Brazil), and the Tag Heur Shanghai Jazz and Blues Week (China). “Sounds of Space” is Alfredo Rodríguez’s debut recording. It comprises of 11 tracks composed and arranged by Rodríguez, which include nods to Cuban masters such as Ernesto Lecuona, but also pianistic models such as Bud Powell and Keith Jarrett. It is also shaped by nostalgia for a country left behind.

DN: Hello Alfredo, Latin Jazz Network would like to congratulate you for your magnificent debut recording “Sounds of Space,” which our Senior Writer and Canada Editor Raul da Gama reviewed back in April (Read our review). In light of your upcoming appearance at Koerner Hall in Toronto I would like to ask you a few questions to give our local visitors a few more details about your concert and about your music.

First of all, who are the other members of your current trio? Who are you bringing to Toronto for this concert?

AR: The other members of my trio are Ricardo (Ricky) Rodríguez on bass and Henry Cole on drums, both from Puerto Rico. I’ve got to know Henry Cole first. I had heard what he was doing, I had recordings of Miguel Zenón where Henry was playing and I liked what he was doing. I thought his playing and his conceptualization of music was very close to my ideas and to what I wanted to do within a trio format. Right after I came to United States I contacted him, I sent him my music and he replied very enthusiastic. He did like it very much and accepted to work with me. That was around two years ago and since then we’ve been playing together. Every time I have a chance I call him up and he’s always ready to join me. I asked him to recommend me a good bassist, someone he knew, someone he would feel comfortable playing with, someone he thought would fit in a trio format performing my music and he recommended me Ricky Rodríguez. They know each other very well, have been working together in many projects, so, he was the perfect fit for my trio. 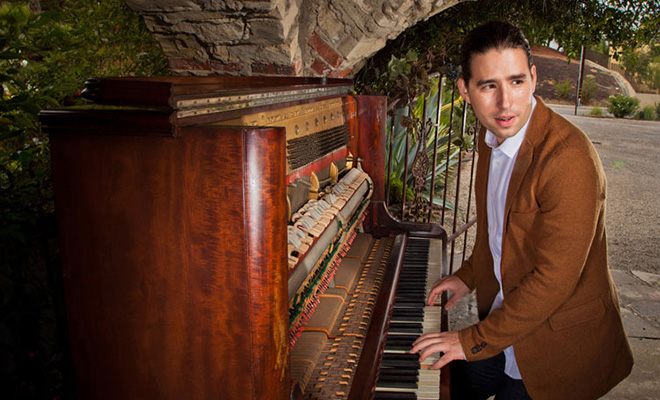 DN: You’ve been in Toronto once, back in December 2010, and in the same venue, Koerner Hall.

AR: Correct. It was during a series dedicated to the great Oscar Peterson. It was a solo piano engagement and I was very lucky to be there the same night when McCoy Tyner was also performing. It was really incredible. It was a double bill and I felt very honoured and privileged for sharing the stage with one of my musical heroes.

AR: Well, let me try to explain. I don’t really like to categorize my music, I feel that my music changes according to many circumstances, but what I know is that I take the sounds I like, the sounds I have in my head and with them I create music through the instrument I use to express my musical ideas, which is the piano. I’m saying all this as a preamble to answer your question. You know that improvisation is a key element in my music, and that’s why I tend to be called a jazz artist. Improvisation is definitely part of my music and no matter in what format I perform: solo, trio or quartet, my music will always sound different. So, what the public can expect is an inspired performance, always trying to be myself, to be honest and give the best of me. Most of the times I don’t know in advance what my hands are going to play. Of course I have my musical ideas in mind, but things happen on the spur of the moment, and the situation can change according to many given or unexpected factors. Improvisation is the main difference between classical and jazz music. I have played classical music since I was six years old and it is a very different experience when you have to be the interpreter of the music that someone wrote twenty, fifty, one hundred years ago…

DN: I was reading in your bio that when you started your formal education your first choice was percussion and not the piano (even though the piano is a percussive instrument). What made you choose the piano?

AR: Well, what happened was that I wanted to be a percussionist when I was five years old. My parents took me to the Escuela Manuel Saumell in La Habana when I was around six, (I started my formal education at seven), but at that age I was not allowed to choose percussion. You had to be ten to enter percussion studies, so, I decided to choose piano thinking I could switch to percussion later on, but when I was ten, I had already three years of piano studies. Then I realized that I felt okay with the piano. In the end I think that the mind is the greatest instrument, and you can convey what you have in your mind through any musical instrument. You can make your instrument of choice sound the way you want.

DN: Since your arrival to United States you haven’t stopped performing. It’s been like a roller coaster ride for you, going at a fast pace but enjoying every minute of it I guess. What can you tell us about it?

AR: I have to say that I am very fortunate for having people supporting me, for having people who are following what I’m doing, following my career and my music. I know many artists, young ones and not so young ones who, because of lack of attention, because of the difficult times we’re living around the world, they don’t have a helping hand supporting them, and even though they are creating great music they go unnoticed. 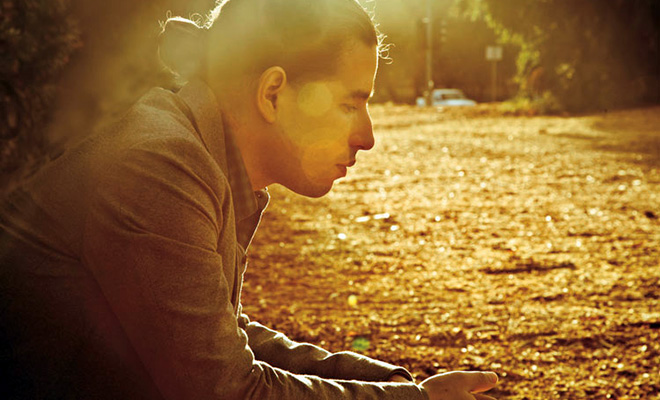 DN: I’m sure you have been asked and answered this question many times, but it’s unavoidable that we talk about the great Quincy Jones and the role he has played on this stage of your artistic career. What can you tell us about Maestro Quincy Jones and his influence on you?

AR: I am very fortunate for having been chosen by someone like Quincy Jones, who is fully supporting me. He likes what I’m doing. That’s very important in my development as an artist. I came to the United States and have been travelling to many places, to other countries, to perform my music. It’s truly a dream come true. I’ve been asked these kind of questions before, what would have happened if you hadn’t met Quincy Jones, this and that and I always reply that I would always be true to myself, I would always be Alfredo Rodríguez and I would always be making music and playing piano. Making music for me like me is like drinking water, it is essential to keep me alive. I’ve been doing it since I was six years old and I met Quincy when I was 23. Now, meeting Quincy Jones has been a life changing experience, not only from a promotional point of view, but mostly from an educational perspective. Quincy has so much to offer in terms of knowledge and experience. There’s so much to learn from him and I repeat that I am so fortunate for having him at my side. Being with him is a constant learning process that expands to so many aspects of life. For that I will always be grateful. He knows so much history about the music and about the business of music. He has covered so many genres. He’s an amazing artist, very professional, a complete musician.

DN: Are you working on new projects?

AR: Yes, I’m working on several projects. I’ve been writing my first original works for symphony orchestra, I’m at an advanced stage at this moment… I’m not sure if that’s going to be the material for my next recording… On the other hand I’ve been creating new music for my trio format. And I have to say something I find very interesting now hat I’m living outside of Cuba. I lived in my country for 23 years, immersed in my musical roots, feeding myself with the art and culture around me, influenced by everything happening there, but sometimes not paying too much attention to it. Now that I’m outside I have another perspective, and I tend to be more analytical, I reflect about things I didn’t before. I can see more profound details about my roots that I didn’t consider before. Since I came to United States I’ve been dedicating time to study about our Afro-Cuban heritage, religious music, the music made in the 80’s and 90’s -I’m talking about Timba. I’m also experimenting fusing my music with avant-garde and abstract elements, but closer to my roots. All this will be very interesting to express in my new recording. And what can I say; I keep studying, always studying.

DN: Thank you for taking the time to answer my questions. We’ll be waiting for your performance at Koerner Hall next November 17.

AR: Thanks to you Danilo, I will see you there.
Related links: www.alfredomusic.com |  http://performance.rcmusic.ca/event/alfredo-rodríguez-trio-and-tiempo-libre