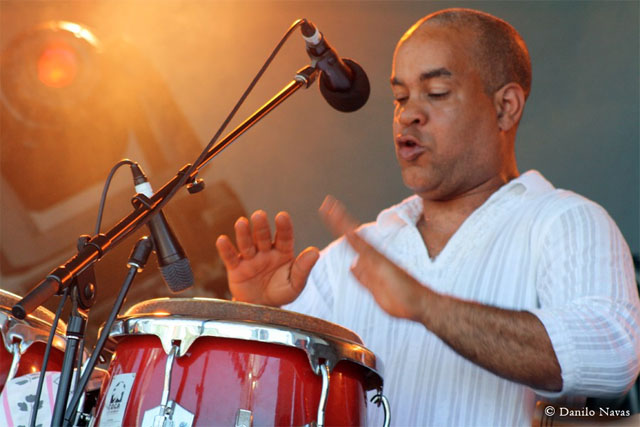 He began to play Cuban percussion as a 3 years old little boy. He went to the Guillermo Tomas Music School and subsequently had the great opportunity of performing with the great Cuban Conga master “Tata Güines” when he was only 11. Since then, “Mr. Papiosco” has been very fortunate to perform with such great musicians and bands from Cuba and around the world, like Giraldo Piloto and Klimax. With this band Jorge Luis recorded 3 Albums and toured extensibly through Europe between 1995-2000. In 2002-2006, Papiosco joined the prestigious band “Cubanismo” directed by trumpeter Jesus Alemañy and started touring extensible through USA (20 states), UK, Western Europe, Asia and Canada (including performances at all the major Music Festivals and venues). Now based in Toronto, Canada since 2006, Mr. Papiosco has performed/toured and recorded with most of the well-known musicians in the Canadian music field including Multiple Grammy Nominated and 6 Times Juno Award Jane Bunnett, (recording on the CD “Embracing Voices” Juno Winner 2009 “Best Album of the Year” and touring extensibly since 2006 across Canada; including performances at all the major Music Festivals and venues). Currently, Jorge Luis “Papiosco” is one of the busiest Cuban percussionists in Canada and he is involved in several projects, including IROKO quartet in which the main goal is to play original music within the vocabulary of Afro-Cuban Jazz.

Let’s talk about your beginnings in the music world. When did you start playing?

I started to play since I was a 3 year-old boy. I was always banging on the tables, and in all kind of objects in my house. It was a natural thing on me.  I had that inclination for the music, the percussion, at such an early age. Later on my mother bought me a pair of congas, and I continued learning on my own.

Any musicians in your family?

My grandfather used the play double bass, by ear, not as a professional. We didn’t have professional musicians in the family. I continued playing and learning at home. When I was 11 years old, I had the great opportunity of playing with Tata Güines in 1981. Then I went to study music for a period of four years, to the School of Music Guillermo Tomas, in Havana. After that I had to do my military service, and I joined the Music Band. I continued learning, that was a very important period of my formative years, gaining valuable knowledge and experience.

When I finished my military service I started working professionally. I joined the orchestra of Maestro Richard Egües, well-known as the flautist of the legendary Orquesta Aragón. He formed his own band and I worked with him. Soon after, I joined two more bands, before becoming a member of Geraldo Piloto’s band Klimax. And the last band with whom I played while still living in Cuba was “Cubanismo.”

That was in 1981, I was 11 years old, and Tata Güines invited me to perform with him on a concert at the Karl Marx Theatre in Havana. And yes, he introduced me as his successor, that was a real honor.

What was the occasion?

That was during the popular Adolfo Guzmán Music Competition. I was not competing though. Tata Güines was a  performer on the show and he invited me to join him.

Tell us about your experiencies with Klimax and Cubanismo, tours, recordings…

I was a founding member of Klimax, and stayed with the band for about four years. My most important experiences with Klimax started in 1995, when we went on tour . We participated in many important festivals across Europe and Latin America. In Europe, we hit the most important jazz festivals. We were in Switzerland, at the Montreaux Jazz Festival; in Holland, at the North Sea Jazz Festival; in Basque Country, Spain, at the Vitoria Jazz Festival, at the Jazz Vienne Fest, Bern International Jazz Fest, Umbria Jazz Fest, Jazz Fest- Perlen, Munster International Jazz Fest, and many others.  We recorded three CDs with Klimax. The first one in 1995, entitled “Mira Si Te Gusta.” The second one, “Juego de Manos,” we did it in 1997, and the third one, “Oye Como Va” was recorded in 1999.

After Klimax, I became a member of Jesús Alemañy’s “Cubanismo.” I had a great experience with this band. I had the pleasure of visiting many countries where I hadn’t been before. We toured many countries in Asia: Malaysia, Singapore, Japan, Thailand, Macao, Hong Kong. We performed in Australia, at the famous Opera House, and also in UK and Western Europe. 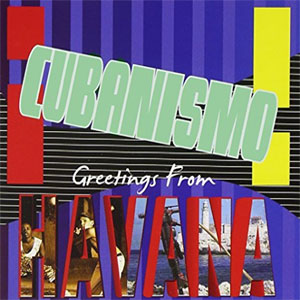 When did you join “Cubanismo”?

That was in 2002. After touring in Asia and Australia, we did an extensive and very successful tour in United States of America. With “Cubanismo” I recorded one CD only. It was “Greetings from Havana,” which got nominated for a Grammy.

After “Cubanismo” you begin your musical journey in Canada…

Yes, I come to Canada in 2006, and after a few months, I start playing regularly with Jane Bunnett. I’ve been a member of her “Spirits of Havana” band for around 5 years now. I have also worked with Bill King, with Hilario Durán and with several other Canadian musicians. I recorded with David Buchbinder’s Odessa-Havana Project. On the other hand, I’ve been very active on the local scene, always performing with different Latin groups, salsa bands. Doing some instructional workshops as well.

A few years back you created a group, a quartet called “Iroko”

“Iroko” is the name of an African tree. It’s a very strong tree, and “Iroko” also has an important meaning in the Afro-Cuban Yoruba religion. It was actually the Cuban singer Alberto Alberto (who also lives in Toronto, Canada) who gave me the idea of giving the name “Iroko” to this project. So, “Iroko” is a quartet based on a fusion of Afro-Cuban musical roots with jazz, latin jazz; utilizing the deep musical roots of Cuban percussion, the batá drums, you see. The idea is to mix all these elements and create good music.

Since when are you together?

Who are the other members of “Iroko”?

Roberto Riverón on bass. He’s my musical director. We played together for many years when we were with Klimax and after with “Cubanismo.” We are very close friends, with more than 20 years of friendship. So, we have a special bond. Musically, we know each other perfectly well. Roberto is an exceptional bass player and a terrific musician.

Jorge Betancourt is a great pianist from Camaguey, a great musician who’s working his best in the jazz genre, we are very good friends as well and I expect nothing but the best from him.

Yosvany Castañeda is a fantastic violinist and musician. He’s very young and talented. He’s also a very good singer. We do a few numbers with voice and I also expect the best from him.

I understand you have a recording project in mind…

Yes, we have a recording project in mind. We want to record a couple of demo songs to open up more possibilities, use them as a “letter of presentation” so to speak. Eventually, we would love to record a full CD with our music.

How ’bout the educational aspect. I’ve seen some youtube videos of you imparting workshops…

Yes, I’ve done a few workshops. Last year around this time I was in Vancouver working on a CD that my friend Miguel Valdés (great trumpet player) was recording. And while I was doing that I had the opportunity of imparting a couple of percussion workshops. Most recently, in January, February, I had the chance of working in Trinidad with a steelpan band, during a national competition of bands of that genre. We were a group of percussionists who got invited to that event and I had the opportunity of doing some instructional work over there.

Thank you for taking the time to talk to Latin Jazz Network. We congratulate you on your artistic achievements and wish you all the best on your musical career.

Thanks to you and Latin Jazz Network for giving me the chance to reach your audience.