On the Release of Trio Time (Menduvia Music, 2013) 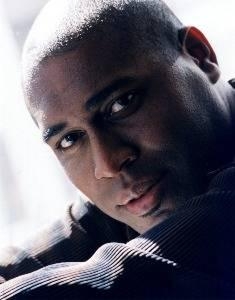 In 1998 a group of young, Cuban musicians residing on Aztec soil formed a collective and named it “Menduvia” (as in tasty and/or flavorful. The result was “Osmany Paredes con Menduvia,” a recording that has endured the test of time. The music was nothing if not progressive, diverse, uplifting and bursting with youthful energy and Cuban pride. Leading the pack was a brilliant, unassuming pianist with a killer “tumbao” and a penchant for jazz. I was so impressed with the recording that I requested an audience with Osmany and conducted an interview with him shortly thereafter. The piece was published by Latin Jazz Network in 2002 under the heading, “From Cuba to Mexico and Beyond: Osmany Paredes.” It marked the beginning of a beautiful friendship that exists to this day.

Osmany has come a long way since the interview in 2002. He currently resides in New York, where he is in high demand as a sideman and leads a quartet of his own. Moreover, he released two recordings this year – “Passages,” a highly acclaimed solo project and last month he celebrated the release of “Trio Time” at New York’s Jazz Gallery.

I was fortunate enough to catch up with Osmany prior to his upcoming tour in Mexico. Here’s what he had to say about “Trio Time.”

Tomas Peña: Your first recording was with a large (10-piece) ensemble. Your second recording was a solo project. What prompted you explore the trio format this time around?

Osmany Paredes: During recent visits to Mexico City, I have been performing with Jorge “Luri” Molina and drummer Giovanni Figueroa in a trio format. Making a trio recording was a logical choice and I wanted to document my work with the trio for posterity.

“Simple Waltz for My Son” needs no explanation. “Boston Nights” was inspired by the time I lived in that beautiful city. “Winds of L.A.” emerged from a trip to Los Angeles earlier this year. “Tumbaito Pa ‘Ti” is a simple “tumbao,” a salute to my Cuban roots. “Crossing The Alameda” is a tribute to a public municipal park in downtown Mexico. “Improv 2013” is just that … an improvisation that just came out at the time. “A Song” is a tune that I recorded in my solo piano album (Passages) which I adapted for the trio.

How has the recording been received thus far?

“Trio Time” went on the market in September of this year. In spite of that it is doing well. The recording is being distributed in Japan, the United States and Mexico and it can also be found on CD Baby, Amazon, iTunes and other music sites.

You celebrated the release of “Trio Time” at New York’s Jazz Gallery, a cultural institution and performance space that has a long history of adventurous programming and supporting new talent.

Tell me about your future plans …

I have a number of tours lined up for next year. Also, I want to continue working with the trio. Other projects include “Mandekan Cubano” with Richard Bona, an upcoming project with drummer Jeff “Tain” Watts and Latin jazz project of my own in the works. 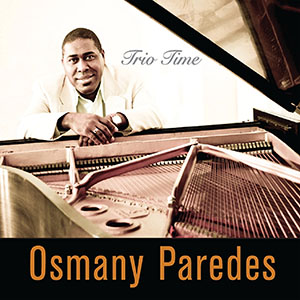