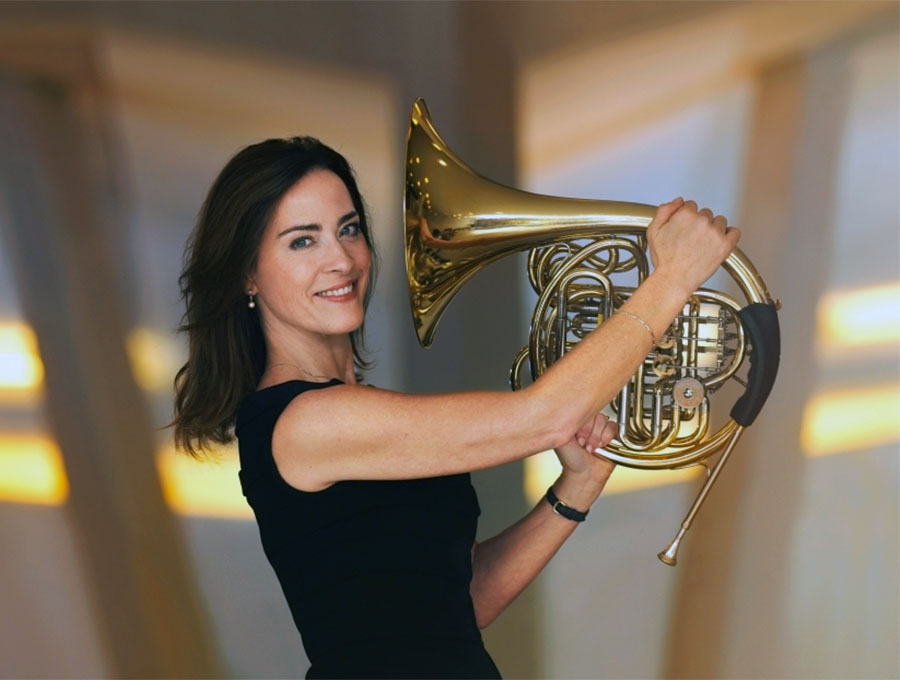 “Mozart should have really been born in Cuba!” This sentiment is at the core of a project combining Mozart and Cuban music. Sarah Willis had the idea years ago, and in 2020, she was able to make her dream a reality.

Sarah Willis is a horn player with the world-renowned Berlin Philharmonic Orchestra. She originally travelled to Havana in 2017 to teach a master class. Once on the island, she encountered music everywhere, from salsa, to mambo, to son cubano. There’s hardly a house or street in Cuba that isn’t filled with music. But in the middle of Havana’s old town, there’s a monument commemorating a musician you wouldn’t normally associate with Cuba: Wolfgang Amadeus Mozart. His compositions are known for their playful ease, joie de vivre, and exceptional musicality – and indeed, there are important commonalities between Mozart and Cuban musicians.

Saxophonist Yuniet Lombida Prieto is one of those musicians. He plays chamber music, jazz and salsa on the most important international stages. Then there is the Havana Lyceum Orchestra under the direction of José Antonio Méndez Padrón. Sarah Willis describes him as having a musical soul, and that he could be a sought-after world-famous conductor. But Padrón chose to stay in Cuba. He has directed his orchestra for decades, and tries to offer talented young musicians new prospects in their home country. Indeed, many young people opt to leave Cuba. Living conditions are difficult due to shortages of goods and problems with infrastructure. Good instruments are hard to come by, and even more difficult to keep in good condition because of high humidity. Performances are rare or difficult to schedule. Those are all challenging conditions for a career as a professional musician.

Sarah Willis has visited Cuba four times to teach master classes. She was deeply impressed by the great skill of the musicians, the joy they exude while playing, and their mastery of the art of improvisation—despite or perhaps as a result of their current circumstances.

And so the project “Mozart y Mambo” was born: a one-time musical experience that combines Mozart’s horn concertos with traditional Cuban music—and includes a mambo version of “A Little Night Music.” An album was recorded in January 2020 and released a few months later. With “Mozart y Mambo,” Sarah Willis wants to increase awareness of the skill and talent of her Cuban musical colleagues. A portion of the proceeds from sales of the recording will also go where they’re desperately needed: acquiring new instruments for the Havana Lyceum Orchestra. The orchestra had planned to travel to Germany in the summer of 2020 to present the project live at large-scale German classical music festivals. But the concerts had to be rescheduled because of the COVID-19 pandemic. They are now set to take place in 2021, when the orchestra will show the world why Mozart should have been Cuban.