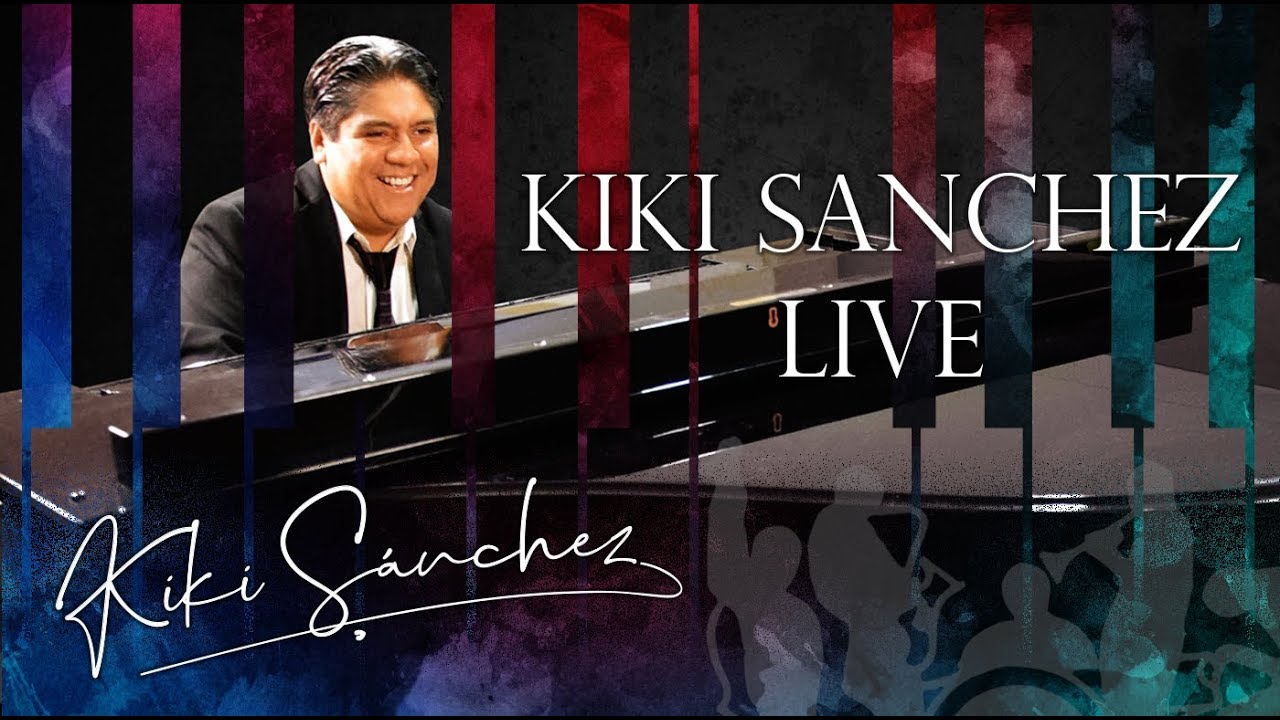 The extraordinary Peruvian producer, composer, arranger, educator and pianist Luis Enrique “Kiki” Sanchez can capture the hearts of many through his skillful rhythmic pianism, a unique style that has filled the airwaves with a distinctive fusion of soulful jazz, tropical, and Afro-Peruvian rhythms. This gifted musician was born and raised in Lima, Peru where he studied piano with Coco Macedo and Edermi Chavez, and started playing professionally at age 11.

Sanchez matured while playing his way into his father’s band Orquesta Majestic, performing at corporate venues in Lima. Later he moved to Miami, FL where he has worked with several Jazz and Latin Jazz Artists. He continued to expand his knowledge and earned a Master Degree in Music Composition from the Florida Atlantic University.

His musical journey has led Sanchez to release two Latin Jazz albums: Dreams (Diola Entertainment, 2007) was followed by Two Worlds (Diola Entertainment, 2011) featuring Grammy Award winner Susana Baca. Sanchez’s vision of continued to expand and his music touched disparate audiences. Seven years after his sophomore album Sanchez released Kiki Sanchez Salsa Project (Diola Entertainment, 2015). The same year the bandleader also produced In a Quiet and Healing Mood (Estreno Digital, 2015) an album that Sanchez believes is his most important album because it was through the meditative energy of this music that the pianist sought to bring about peace, love and understanding.

Several celebrated singles followed beginning with “Too Many Notes” (May 2016) from The Kiki Sanchez Big Band Project. This single was followed by a series of Grammy-nominated songs: beginning with “Blown Away” from Frankie Marcus’ album featuring Arturo Sandoval (Universal Music), where Sanchez programmed keyboards and played piano. Then came “La Onda Latina”, again by Frankie Marcus and Clouds (Estreno Digital), which was nominated for Best Traditional Tropical Album where Sanchez arranged, programmed, and recorded piano. Finally there was “Back to Basic” by Edwin Bonilla percussionist for Gloria Estefan. On this album (Sonic Project Records) Sanchez composed, arranged and recorded the piano on the track title “Descarga Para El Bailador”.

More about Kiki Sanchez
Kiki Sanchez has been conducting music clinics and workshops in the United States and overseas. He is currently a Professor of Music at Miami Dade College and also he has been teaching music technology courses at Palm Beach Atlantic University. Sanchez continues to also be an active arranger, performer and producer. He was featured at the inaugural Larry Rosen Jazz Roots festival at the Arsht Center in Miami, FL. He has also directed several musical theaters in South Florida.

Sanchez is also popular on the Jazz Festivals circuit performing at the Monteux, St. Lucia, and Grenada, Ohio Jazz and Rib and other festivals. He also has been the music director for Noches Tropicales, a Jazz series at Miami Dade County Auditorium. Recently, Sanchez has also performed at the SFJAZZ Center in San Francisco, CA, Instituto Cervantes in New York, the Centro Cultural Kirchner, a cultural center located in Buenos Aires, Argentina and the largest of its kind in Latin America, among others.

Future Plans
Sanchez plans to release new Latin Jazz singles entitled “Sanchez’s Blues” and “It is a Peruvian Thing” (Diola Entertainment). Additionally he will also release two Gospel singles “I Praise You Lord” and “I Want to Give You My Best”.

PW For The Arts
Sanchez is excited about his 501C3 Non-Profit Organization PW (Praise and Worship) for the Arts. The mission of the organization is to help and provide music education to children from less fortunate families and communities. One of Sanchez’s dreams is to make a difference through Arts and Music education using his PW for the Arts to undertake this journey. Kiki Sanchez honored and proud to be a CASIO of Japan artist, an endorsement he has concluded for the entire Latin American subcontinent.