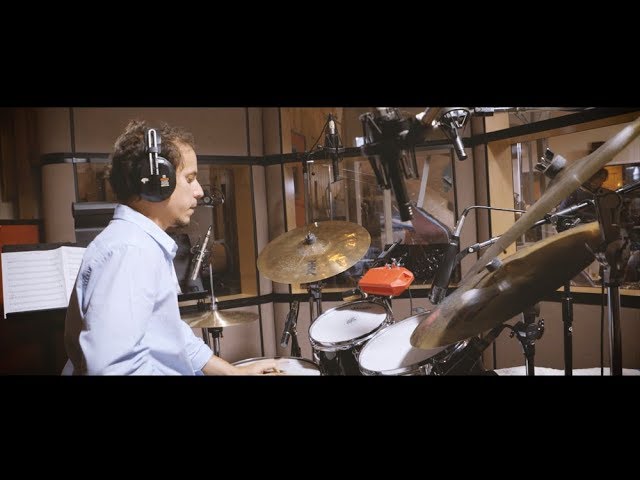 “That Dafnis Prieto has undertaken an epic musical voyage is clear from the music on this disc. Back to the Sunset, is the culmination of a journey that looks back from the future. This colourful symphonic fantasy is the realisation of the dreams and aspirations of a drummer who may occupy a seat behind a trap set, but in actual fact belongs everywhere in the orchestra. And magically, Mr Prieto has, in fact, become the orchestra that he animates and in the myriad of stories that are told or, more appropriately-speaking, sung the characters in this moving, passion play change. In some of the lead character is an animated trumpet, or an alto saxophone, a trombone, piano, bass and also, of needs be, a drum.” – Raul da Gama

Dedicated to Bebo Valdés, Art Blakey & Jane Bunnett from the album ‘BACK TO THE SUNSET’ Dafnis Prieto’s biggest statement yet.

Dafnis Prieto Big Band ‘Back to the Sunset’ is supported in part by the National Association of Latino Arts and Cultures, the Andrew W. Mellon Foundation, the Ford Foundation, Southwest Airlines, and the Surdna Foundation through a grant from the NALAC Fund for the Arts Grant Program.