There is much anecdotal evidence – some of it apocryphal – that the Cubans brought a diabolical complexity to Jazz when the musicians among them bewitched Jazz musicians as far back in time as the memory is capable of remembering. Certainly some of this is borne out by Dizzy Gillespie’s own fabulous story of how Chano Pozo first chanted the opening bass-line melody of what became the iconic rhythmic pulse of the “Manteca Suite”. This was in 1947, several years after Mario Bauzá’s big band had been bewitching New York audiences. In fact it was Mr Bauzá who first introduced his magnificent rumbero Chano Pozo to Dizzy. The rest of that story is history… or legend, depending on who you talk to, of course.

The drummer Walfredo de los Reyes, whose rumbling thunder is heard throughout Disc One and Two of this historic boxed set once attempted to set the record straight when he told Jory Farr that “Cuban musicians were in New York jamming with great American jazz musicians” (before Chano Pozo) “Armando Orefiche’s band came through. And during the early 1940s, Ernesto Lecuona’s Cuban Boys travelled the world…” Orestes Vilató tended to agree. “Most people, even critics, believe that there were no significant percussionists in New York before Chano Pozo arrived. But that’s not true,” he once said. However, the fact remains that the Latin influence in Jazz was propelled into the stratosphere by the “Manteca Suite” and one simply cannot discount what Chano Pozo did to make that happen.

More importantly, it is clear that both the Jazz and Cuban streams (or styles) of music came from the same African continuum. It seems almost de rigueur then that some form of sophisticated and parallel impulse to improvise existed or was inborn in both cultures and the musicians would break out of the song form to adorn the melody with dazzling and filigreed melodic and harmonic inventions. All of this was best experienced in the impromptu and after-hours sessions wherever those who dared to buck every musical trend congregated. The only difference was that what resulted was called by two different names. In the United States, Jazzmen called those sessions the “jam sessions” and in Cuba they were called the “descargas” which, as notes from Cachao’s Descargas (Disc Four) suggests rather fittingly means “letting loose”; something clearly evident on the music of all discs – especially Cachao’s. 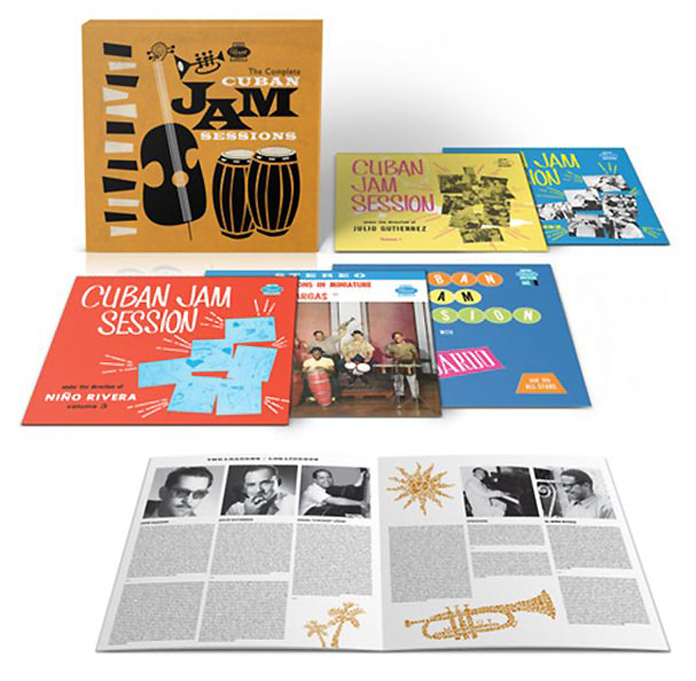 It’s hardly a surprise that the two terms became – after a while – all but interchangeable. Often, however, when the musical fire burned brightest the tapes and those who pressed all the right buttons and turned the right switches deftly manipulating the various knobs to capture the music in all its pristine glory were absent. But not always absent. Whether these five sessions were planned or not, they were, fortuitously, captured on tape by the Panart label, where they were preserved well enough from 1956 onwards for them to be reissued with miraculously pure analogue beauty in this Concord boxed set. These five discs are made up of two might sessions by a group co-led by pianists Julio Gutiérrez and the legendary Pedro “Peruchín” Jústiz, the latter credited by virtually every great Afro-Cuban pianist from Chucho Valdés and Hilario Durán to Alfredo Rodriguez, David Virelles and Rolando Luna.

There is probably a considerable cache of descargas lying in recording vaults in Cuba and in other venues known to have hosted these great musicians such as Walfredo de los Reyes, Cachao, Tata Güines, Guillermo Barreto, “El Negro” Vivar, Julio Gutiérrez, Peruchin, Niño Rivera, “Toto” Jiménez and others. But until those recordings are unearthed and properly assessed these five discs will remain benchmark recordings of the Cuban Jam Sessions. The whole idea of the “Jam” was something that was part of the Cuban-American collision from the 1920’s and reached its heights when Cab Calloway, Nat Cole, Sarah Vaughan and others performed in Cuba in the 1950’s. In many respects these recordings were the return engagements, when the cream of Cuban band members landed in New York to record and strut their stuff.

The first two discs represent the first wave of great Cuban musicians to record stateside. Pianists Julio Gutiérrez and Peruchín co-led an ensemble of some of the finest musicians who were all the rage of Havana of the day. The group’s electrifying version of “Perfidia” is clearly way ahead of its time. Although every musician is on top of his game, Peruchín stands out. His virtuosity is not so much the music’s aim as his expressivity and he plays with brilliance throughout. Julio Gutiérrez is no less a revelation either and his winding lines express the music with an enormously varied tonal palette. The group virtually defines the wondrous Cuban rhythmic foundation of this music with profound insight and technical mastery and the themes “On Mambo”, “On Cha Cha Cha” and “For Conga” are breathtaking.

Niño Rivera, a master of the Cuban tres guitar shapes the masterpieces of Disc Three. With enormous colour and pagentry, Mr Rivera recreates the vivid soundscape of Cuban musical artistry with his searing interpretations of Cuban music and dance forms – which he introduces rather cleverly with his “Montuno Swing” – in three long and breathtakingly exciting movements: his “Montuno Guajiro”, “Cha Cha Cha Montuno” and ends the performance with a recreation of the Cuban carnival in his “Guaguancó Comparsa”. His is one of the most riveting performances on this set. 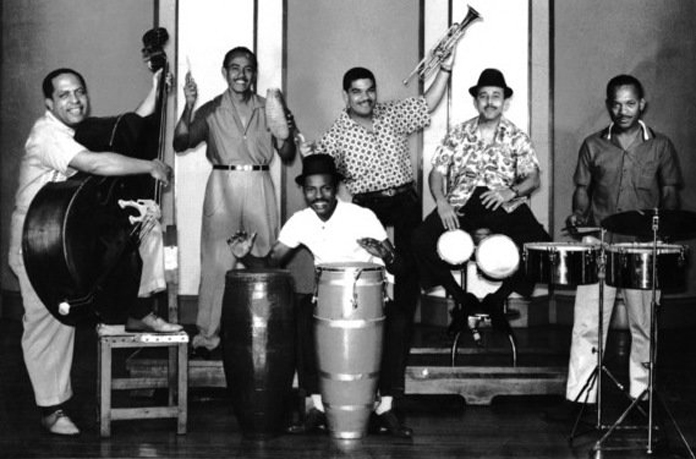 Cachao’s masterful “Descarga” consists of the earliest introduction to the legendary rumbero Tata Güines and timbalero Guillermo Barreto. On “Estudio en Trompeta” we get to feel the heat and genius of the great Tata Güines. The technique that he developed has become a palimpsest for all congueros who came after him. But it was Tata Güines who developed a seemingly effortless two-handed method in which he could combine thunderous or delicate rhythmic patterns with his left hand even as he explored a seemingly infinite variety of right-handed slaps and open tones to produce long, melodic phrases on the tumbadoras. Tata Güines in fact perfected the style in which rhythmic lines conveyed stories of powerful animate medicines (ngangas) tended by priests (paleros) of the great Kongo-Cuban religion.

José Fajardo’s All Stars make their big splash on Disc Five. The repertoire here is extremely harmonically rich and also brings together the best in the fiery rhythmic richness together with delicate melodic beauty of Cuban music at the crossroads of modernity where the broad hints of traditional forms such as were heard at the height of the trova tradition and in charanga bands is given a modern makeover by the genius of Cachao and Walfredo de los Reyes. The vocalists add a soaring beauty to such masterpieces as “Vamos a Gozar” while the flute of José Fajardo floats above the music almost weightlessly as if in an astral orbit. These improvised passages are fine-etched, deeply thought performances that find untold depths within even the most widely performed Cuban pieces.

A substantial book with an extremely knowledgeably-written essay, historic photographs and informative biographical details of all the key musicians who make up these sessions adds enormous value to this boxed set. Add to that the exquisite analogue clarity of the recordings and the repertoire itself and you have so many compelling reasons to have what is surely one of the most coveted boxes of Cuban descargas a listener could get his or her hands on.