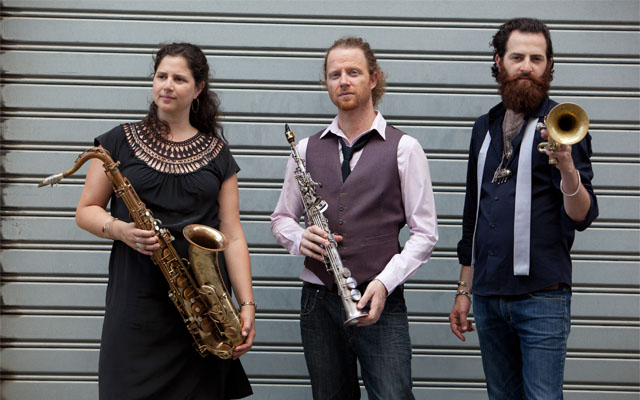 Through a glass darkly 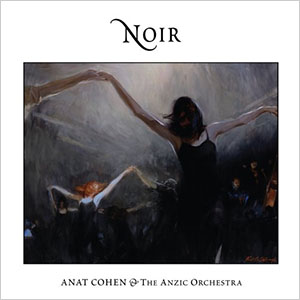 A year earlier Anat Cohen had made what could very possibly be her most ambitious album to date – an orchestral feature Noir (Anzic, 2006), designed to display her incredibly diverse sensibilities and virtuosic skills on all the major saxophones (except the baritone) and the clarinet. The gorgeous sweep of the record has as much to do with the feeling for tonal coloration and sensitivity to the nuances of timbral magic that Oded Lev-Ari brought to the arrangements and their superb interpretation by a galaxy of stellar musicians, including Cohen’s elder siblings, trumpeter and flugelhorn player, Avishai and soprano saxophonist, Yuval. Noir traverses the musical idiom of the Mediterranean, Africa, Spain, Cuba, Brasil, and America. However, it is in the rhythms of Latin America that Cohen’s craft comes truly alive. That and this fact: Noir explores the darker elements of song – sadness, loss, unrequited love and longing – with an intensity that only lightened up because darkness-to-light is inevitable in Anat Cohen’s world. The interpretations of songs such as Johnny Griffin’s “Do It,” “Cry Me a River” and especially “You Never Told Me That You Care” is a complete surprise from the pen of Sun Ra and a Mingus favorite, Hobart Dobson. All music is open to a certain element of improvisation in the expression of the composers’ intent, but these tracks seem definitive in a realm so infinite, that it may be well nigh impossible to capture their beauty again. 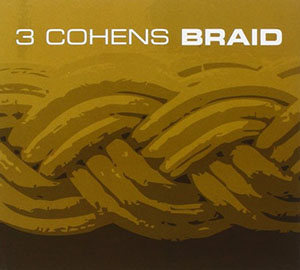 Braid (Anzic, 2007) was a project by the 3 Cohens. It fell somewhere in between Noir and Nosso Tempo, both of which were released in 2007, although the music on Noir was laid down almost a year earlier – a month before Braid was recorded. Braid is a confluence of three voices – the voices of the Cohens. All three – trumpeter and flugelhorn player, Avishai and soprano saxophonist, Yuval join Anat, who brings her tenor saxophone to this recording (and plays clarinet on one song). The record is a musical tapestry – almost a patchwork quilt – on which three disparate instruments and voices intersect using a variety of idioms. The melodic ingenuity of the musicians is beyond doubt, but it is the harmonic daring and the rhythmic creativity that makes the album unforgettable.

On “Freedom,” a song by Yuval Cohen, the group navigates a labyrinthine melody and the rapid rhythmic changes at blinding speed. They do so again on Avishai Cohen’s “Shoutin’ Low,” a riotous frolic in a myriad of tempos with no set pulse. Again, it bears mention that the Cohens shoot across the soundscape like stratospheric birds singing in criss crossing harmonies that rise and fall as they streak through the song. The track, based on the changes and harmonics of Dizzy Gillespie’s “Groovin’ High” is a masterpiece of altered changes. On Braid, the Cohens bump and grind, and strut their stuff delightfully. Anat Cohen opens out to display her warm, almost singing sound. Avishai Cohen inhabits the edge of the habitable universe of sound and can wax eloquent through a ballad with as much facility as he can roar through bebop rhythm. In addition, Yuval Cohen calls upon his muse with a full, round soprano saxophone tone. However, the record really soars when the three, with pianist Aaron Goldberg, bassist Omer Avital and the incredible Eric Harland on drums push hard at the convention of sound with contrapuntal ingenuity.