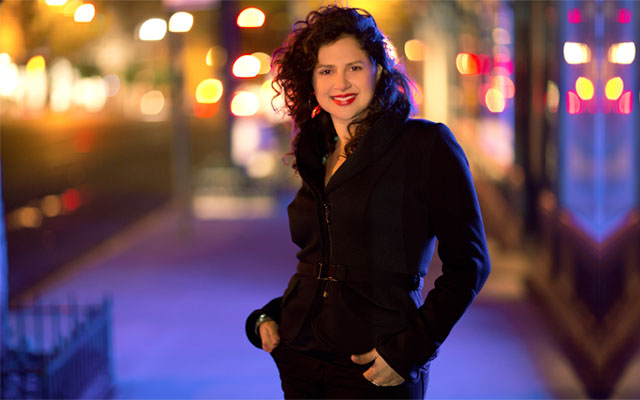 Exploring the poetry of sound

Poetica, that daring record perhaps started as something tongue-in-cheek, by her own admission. Kept apart from that svelte, woody sound that Anat Cohen loved as a young musician finding her voice. Cohen took the proverbial leap into the unknown: To do a record expressing herself – her new, accelerating confidence in an instrument that perhaps best captured the sound she envisioned a human voice to be. This is a journey that Cohen undertakes completely with a clarinet.

The repertoire that is chosen for the occasion is truly inspired, though not so much the almost ethereal presence of the clarinet in tone and manner throughout the record. First off, here is an instrument that seems to capture – in its hot and sometimes softly granular tone – the enigma of departures and arrivals especially out of the desert. Admittedly it was almost a decade away from the land of her birth. But some memories sleep deep in the mind of the brain and these may awaken at the simple recollection of the salty smell of the sea tumbling in harness. And then there is the rustle of palms dry and dusty from a hot sandy wind, or simply the memory of an old hag singing to her crying child… as a familiar melody escapes through lips that hide a toothless mouth. 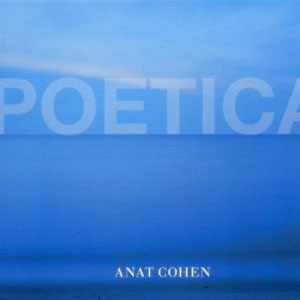 This is what sets Poetica apart. As a musical document, it describes the exquisite poetry of nostalgia, of a life left behind, but not forgotten. The repertoire is a collection of old songs that Cohen literally “cries” out of her clarinet. “Agada Yapanit (A Japanese Tale)” is a sweeping molten water color of a song that waxes and wanes lyrically and remains like a moist parchment long after the last notes fade. “Hofim (Beaches)” and “Nigunim (Melodies)” recall a simple life of such ethreal beauty that the music is almost glacial in its depicting of the scenes. “Eyn Gedi,” that sweeping visual – complete with the string quartet – almost brings with it fine red sand that gently stings the face before the cool of the evening sets in.

Poetica is also the record where the caravans of migrating cultures collide. Whether it be the paths France of old lovers crossing in Jacques Brel’s “La Chanson des Vieux Amants,” Anat Cohen observes and comments with superb sensitivity. Similarly, Cohen finds a perfect timbral expression for the longing for loves paths to cross in the heat of Brasil with Nelson Cavaquinho’s “Quando Eu Me Saudade,” as she breathlessly brings this longing to an almost spiritual resolution.

It all comes together in the pianistic excursions of Jason Lindner, anchored by Omer Avital on bass, with Daniel Freedman and Gilad sharing percussion duties. The gentle, ruminating drama of the event is perfectly captured in the whispering strings on some of the tracks that grace this memorable album.

By now the odyssey of Anat Cohen is taking a turn that will reveal a sharp new direction. For several years after her sojourn to the USA, she felt especially drawn to the music of South America – the Latin Diaspora with its dense cultural folliage, and Amazonian splendour that represented, in many ways, the collision of all cultures – old and new. Brasil, for instance became the melting pot of form and musical adventure. Finding that her sense of longing was reflected in the sense of “saudades” almost reflected the sense and expectation of parallel paths perhaps meeting at infinity.

The Choro seemed a perfect fit. And Anat Cohen dived in headfirst. Together with Pedro Ramos, Gustavo Dantas, Carlos Almeida and Ze Mauricio, Anat Cohen found a medium to express her inner sorrows and joys. After all, the “Chorinho” was a perfect setting to express the sense of loss (of home, albeit purposeful) and gain. Cohen could now tell the stories and share the innermost feelings in a form that allowed the greatest leeway and she sang this with great facility. The choro, “Cade a Chave,” that she wrote for the Choro Ensemble album, Nosso Tempo (Anzic, 2007) is a wonderful example of her fluency with the form.