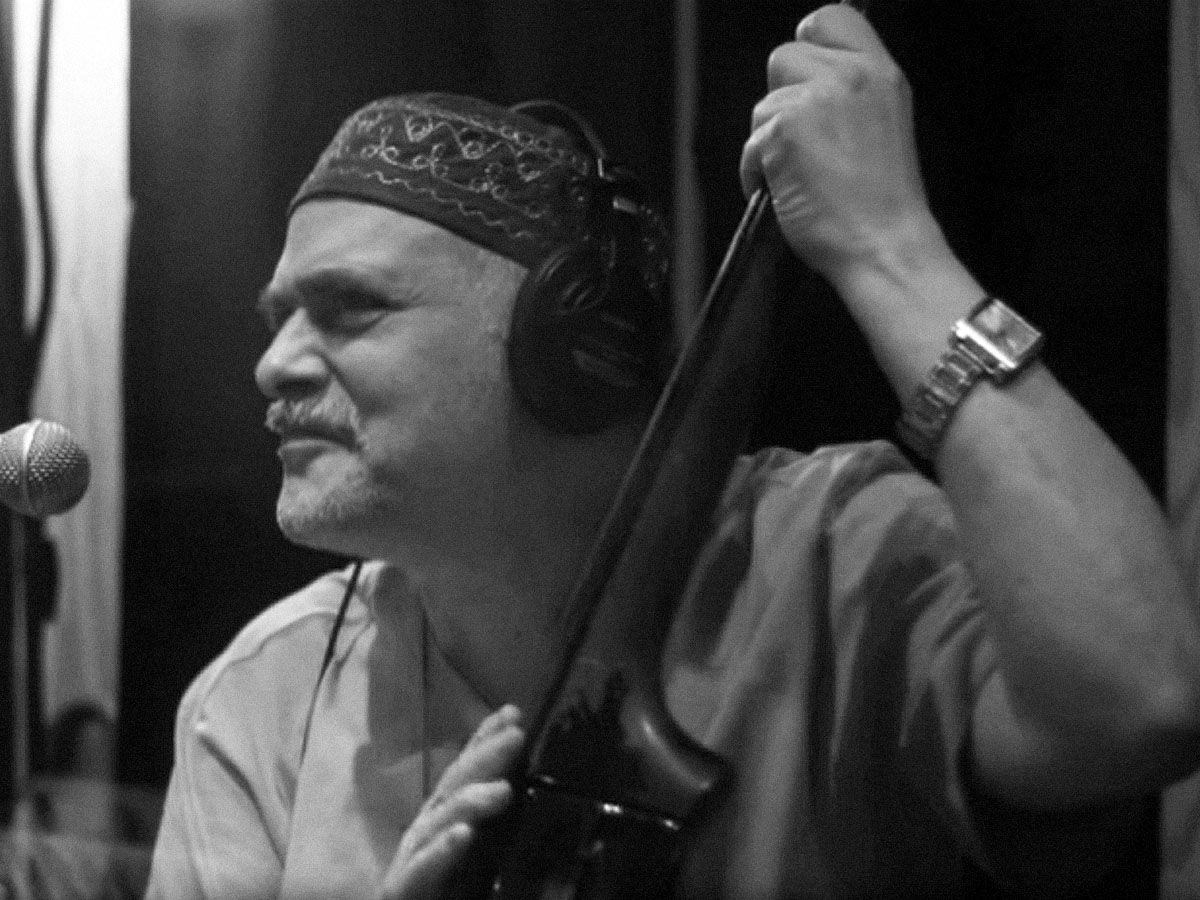 Andy and his brother, trumpeter and percussionist Jerry González, played an important role in the development of Latin jazz during the late 20th century. Andy performed and recorded with many of the most important names on the Latin music scene, including Conjunto Libre (which he led with Manny Oquendo), The Fort Apache Band, Eddie Palmieri, Dizzy Gillespie, Tito Puente, Kip Hanrahan, Astor Piazzolla and many others.

In 1980 Jerry González formed the seminal group The Fort Apache Band, which he and his brother Andy directed until 2018. Originally the Fort Apache had 15 members, and after recording three albums it was compressed into a sextet: Jerry González (trumpet, tumbadoras), Larry Willis (piano), Andy González (bass), Steve Berrios (drums), Carter Jefferson (saxophone) and Joe Ford (saxophone).

In 2016, bassist, composer and arranger, Andy González recorded his first album as a leader: “Entre Colegas (Among Colleagues)” on Truth Revolution Records, earning a Grammy nomination in the Best Latin Jazz Album category.

“The music on this recording is something very different from the usual style that I’ve been associated with over the years. No trombones, trumpets or big band ensembles this time around. I wanted to keep it in the Latin Jazz vein but with folkloric elements. I’m satisfied with the way the recording came out. Everyone was more than happy to be a part of it. There was a very positive vibe in the studio at each session. The proof is in the music. Listen and enjoy.” — Andy González

“Entre Colegas, a flatteringly beautiful album that celebrates the unexplored nooks and crannies of the repertoire of the bass… Andy González brings a daunting command to the instrument in no less a dazzling way that Cachao did in his heyday – a truly joyous evocation of tonal colour and textures that seem impossibly beautiful in the very fleet footedness of each note, each phrase and exquisite melodic line that González plays throughout. — Raul da Gama, Latin Jazz Network

“Entre Colegas is the culmination of fifty years in the music and the people, places and events that made Andy González the iconic bass player he is today. On the surface, the guitars and strings are a departure from what listeners have come to expect, but beneath, it is quintessential Andy, doing what he does best, in the company of family, friends and contemporaries.” — Tomas Peña, Jazzdelapena.com

“I am truly honored to have participated in Andy González’s new CD, Entre Colegas. The CD features a who’s who of great musicians. I played guitar, tres, sang coro (background vocals), and wrote the liner notes for the CD.” — Ben Lapidus

“Born and bred in the Bronx, Andy González epitomized the fiercely independent Nuyorican attitude through his music — with one foot in Puerto Rican tradition and the other in the cutting-edge jazz of his native New York.” — Felix Contreras, npr.org

Mr. González was a versatile player, as well as an arranger, composer, music historian and producer of other musicians’ records. He embraced African, Cuban and Puerto Rican styles, various strains of jazz and other influences, often merging them into something fresh. The Boston Globe once called him “a modernist preoccupied with tradition.” — Neil Genzlinger, nytimes.com

In a career that spans almost 50 years and roughly 1000 recordings as a co-leader, producer, musical director, and sideman, Andy González is arguably one of the most important bass players of his generation. His impressive body of work transcends time and genres, beginning with the Latin Jazz Quintet at the age of 13; followed by foundational contributions to the Fort Apache Band, led by his brother, Jerry González and Grupo Folklorico Experimental Nuevayorquino, an inter-generational collective of Latinos (Puerto Ricans and Cubans) whose music offered a fresh alternative to the commercial world of salsa. Andy is also the co-leader and musical director for the killer dance band, Manny Oquendo and Libre. In addition, Andy has performed and recorded with Dizzy Gillespie, Tito Puente, Kenny Dorham, Machito, Hilton Ruíz, Mc Coy Tyner, Chico O’ Farrill, Ray Barretto, Johnny Pacheco, Papo Vázquez, Arturo O’ Farrill, Rubén Blades, Bebo Valdés, Eddie Palmieri, Deep Rumba, the Conga Kings, and Rumba Club among others. — liner notes from Entre Colegas

My moon app announces that in 14 hours the Supermoon of May will be here. During a full moon I...
FROM OUR VINYL STORE