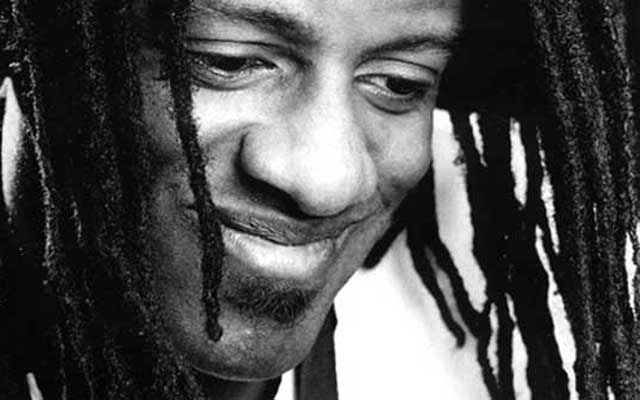 In his playing itself Tony Martinez ignites the fire of virtuosity and refinement embracing the full resources of his instrument in a similar manner to what the great saxophonists that went before him – Bird, ‘Trane and others – have done. And he has done this to create music as Miles once did for like Miles, it seems that Martinez is saying with his music: ‘I’ve got to change, It’s like a curse’. Just as Bird and ‘Trane and Miles had their instruments doctored to create the right sound and reactivity for their music, so does Martinez, to make his revolutionary roar change the textures of the saxophone, shift phrases up an octave and avail himself of broad glissandos and death-defying runs in a way that have purists fleeing for cover. Yet even they should perhaps give pause before rejecting such vitally alive musicianship. Isn’t this what is revolutionary about embracing the saxophone to recreate this Afro-Cuban/Afro-American music for a modern age? Martinez’s summoning of the spirits of his ancient gods and his Catholic saints in the ‘A Elegba’ where the mighty chants of the Santeria give rise to magnificent soli by himself and Gonzalo Rubalcaba. And this is only one instance of the revolutionary leaps in Martinez’s music on La Habana Vive, his first, 1998 album for Blue Jackel Entertainment. His songs are interconnected in such a way that his albums become ambitious symphonies in scope from their fervently enunciated opening scales through the Martinez-enhanced orchestral richness of their closing moments. In the case of this album that is the title tune ‘La Habana Vive’ which soars in the mighty wail of Martinez’s tenor saxophone. 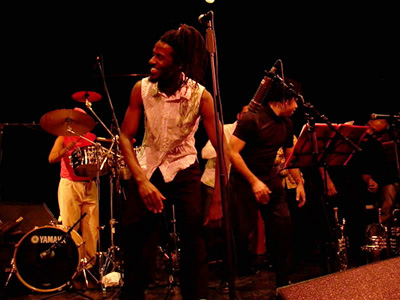 Tony Martinez is not content simply to add ornamentation or change a dynamic; instead we get a sense of true development. That might sound contrived on paper, and could have been in the hands of a lesser musician, but Martinez is an artists forged in the elemental fire of Cuba’s revolutionary musical smelter – one which combines what we are only now beginning to understand as the sophistication of the African metaphor present in the music of Cuba, that has inevitably collided with Jazz. This has never been something the Cuban party line has approved of and like the primitive practice of banning the celebrations of Black Americans in Congo Square, Cuban musicians have been forced to absorb the music of their African brothers, just ninety miles away surreptitiously and often by the light of the moon. More’s the pity because this was the work of counter revolutionaries who have been locked in an almost endless cold war in which even cultural exchanges were few and far between. This is the reason why so many artists had to flee Cuba for higher, safer ground so their art could blossom and endure. In this regard Tony Martinez is no exception. The saxophonist lives in Europe today from where he continues to mock the laissez-faire. On Maferefun his second album for Blue Jackel Entertainment (2001) Martinez can be heard to push the boundaries, but never simply for shock effect. Just listen to what he does on ‘Tumbao pa’ mi timbal’ and on ‘Gracias Chucho,’ his heartfelt homage to the great ancestor, Chucho Valdés, where what appears to be a simple exercise in clave suddenly wakes up and starts a dialogue between left and right. It works because, without a score in front of you, it’s hard to tell what is the work of the composer and what is the work of the saxophonist, so naturally does Martinez’s visceral and exciting blowing combine with the work of his musical soulmate, Julio Padrón.

This is truly the music of freedom and one wonders if Martinez would have ever been able to perform it there although he seems to have conceived it from the very circumstances that entrap most of the musicians who have fled that repressive regime of counter-revolutionaries. 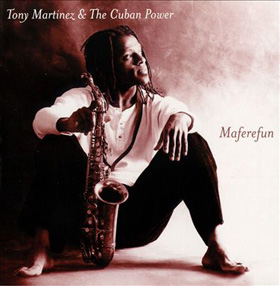 Again, on Maferefun each piece offers fresh delights. This has everything to do with the extraordinary colour of the music, but it also has everything else to do with the way Martinez gives his and Padrón’s horns the raucous haze of might to which magnificent ornamentation has been added by Gonzalo Rubalcaba and the drummers and percussionists of the album. Some may find the poignancy of this music comes across most powerfully when played simply, yet Martinez’s view of it as a symphonic scena of the utmost tension is endlessly fascinating and because of how he scores the harmonies, is much more radical. Song after song is followed with restless brilliance and as you are drawn further into the album you get a sense that here is a musical minefield that is certainly not for anyone but a player who is at the top of his game – in which he conveys not only virtuosity but a confiding quality too. Here Martinez shares with his compatriots – chiefly Rubalcaba and Padrón – an ability to conjure up landscapes and narratives so vividly and intensely those become etched in the mind seemly forever. Such kind of music is never played by an ordinary musician. This is indeed the music of revolution that I started to speak of. While it may not become as great as some of the examples of its kind through history yet, it is just a matter of time when Martinez will make music that will become so. Already his music is astonishingly advanced in conception and utterly mesmerising. The result could have been show-offy, but it’s a tribute to the source of his music – that revolutionary Afro-Cuban metaphor – something Martinez’s music is constantly in the service of.

The triumphs of his music – listen to ‘Homenaje A Emiliano’ on Maferefun and then to ‘A Babalu Aye,’ and to Tony Martinez’s interminable dance with the other musicians and vocalists here and it makes you think: the new musical revolution is here and how wonderful it all is. Also on Maferefun Tony Martinez ends on a profound note with tenderly inward playing , again given a luscious vocal quality, which is beautifully captured not only on this recording but in Martinez’s music. This is what is so wondrous about the music of Tony Martinez that makes you think about the true meaning of the art of music.